Warrior is based on the writings of Bruce Lee and produced by the creator of Banshee a.k.a. the once king of fight scenes. As we mentioned when the teaser dropped, these two facts alone create one hell of a pedigree. And my friends: Cinemax’s Warrior does not just live up to that pedigree. It straight up surpasses it with a deathly cold stare and an air of determination. It has made a claim to the crown of “Best Fight Scenes in a TV Series.” I could also make the argument for “Best Western Period Drama” if not “Best Drama” but let’s not get to far ahead of ourselves.

Set in the late 1800s in San Francisco, California, Warrior follows Ah Sahm (played brilliantly by Andrew Koji), a martial arts prodigy who immigrates from China in search of his sister. Within minutes of making landfall, he gets into a scuffle with some white cops which gets him noticed by Wang Chao (Banshee alum Hoon Lee) who offers his services to Hop Wei, Chinatown’s most ruthless tong. Thus, Ah Sahm’s search for his sister gets complicated as he becomes friends with Young Jun (Jason Tobin), the son of the Tong leader Father Jun (Perry Yung), and in turn becomes a hatchet man for the Hop Wei. He now finds himself in the start of a fictionalized version of the Tong Wars  and the focal points of many conflicts to come. Furthermore, in the pilot episode alone, Ah Sahm also meets: Ah Toy (Olivia Cheng), a connected courtesan, Mai Ling (Dianne Doan), and Li Yong (Joe Taslim); followers of the rival Tong leader Long Zii (Henry Yuk), and an assortment of white cops who want nothing to do with the Chinatown beat.

That said, Ah Sahm’s participation in the Tong Wars A-Plot is supported by the political under dealings of the Mayor’s office and cops. Mayor Samuel Blake (Christian McKay) and Walter Buckley (Langley Kirkwood) are fanning the flames of the brewing war, as Blake’s wife Penelope (Joanna Vanderham) tries to interject a slightly more progressive mentality to no avail. “Big Bill” O’Hara (Kieran Bew) forms his new unit with southern-born Ricard Henry Lee (Tom Weston-Jones), still feeling the impact of the Civil War. And Ireland-born Dylan Leary (Dean Jagger) is currently reveling in his new-found whiteness and further exacerbating the Chinese and white dock workers tension.

But let’s be clear, Andrew Koji as Ah Sahm is the star of the show, and he own the role. He is an incredible martial artists and actor, and the perfect person to take on the mantle of Warrior. 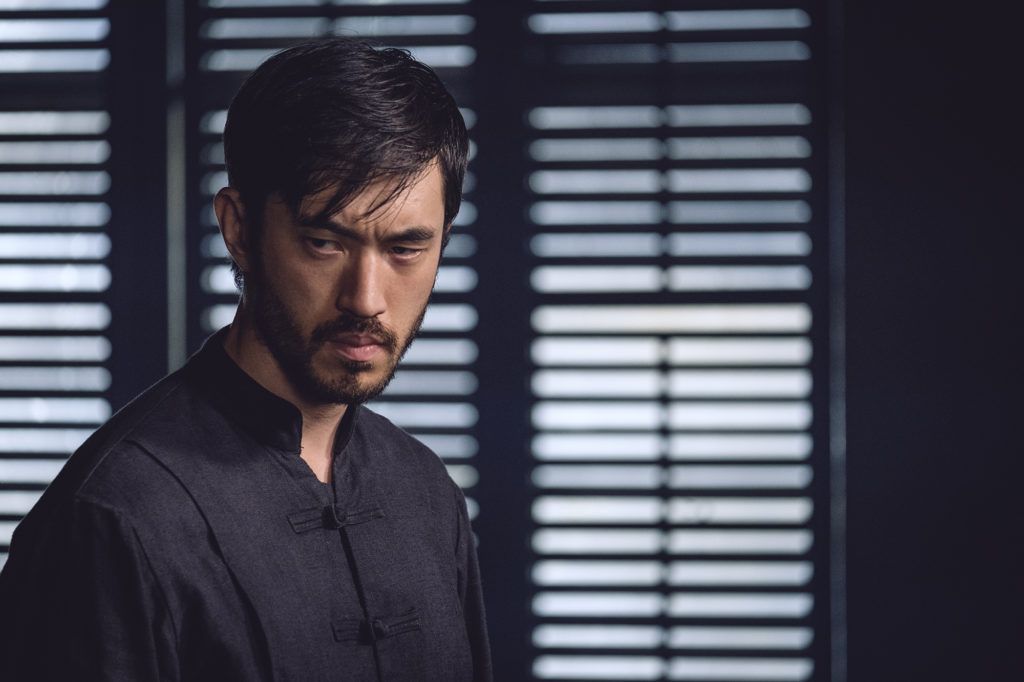 The best part about Warrior is how it reinvents and rejuvenates the genre. We’ve all been exposed to Westerns, dramas, gang wars, martial arts films, and various permutations, but Warrior balance the equations. The primary focus on the citizens of Chinatown, the hip-hop infused soundtrack, the brilliantly choreographed fight scenes, the wonderfully clever cinematography tricks: all of these elements bolster the other to create an awe-inspiring spectacle.

Out of respect for the writers (Jonathan Tropper, Adam Targum, Kenneth Lin, Evan Endicott, Josh Stoddard, and Bard Caleb Kane), I’m not going to give any more story beats away than I already have, but rest assured, it is a masterful balance of quiet and calm, fire and fury. It’s engaging and rewarding to see the Tong Wars escalate. Additionally, they have successfully crafted a unique lexicon that feels like it belonged in that time. Picking up the slang like “onion” and “duck” (as well as some others that aren’t exactly appropriate) creates a wonderfully vibrant world with a very particular character. I would liken the narrative to a slow burn that evolves to a conflagration, but honestly, it starts pretty damn hot at the beginning.

The different directors (Assaf Bernstein, Loni Peristere, David Petrarca, Kevin Tancharoen, and Lin Oeding) do a wonderful job on their respective episodes. There are consistently beautiful shots and angles and tricks employed. The way the camera swerves as we switch from the perspective of a white character to the perspective of the Chinese characters. The seamlessness of the characters switching languages for the audience’s sake when that perspective pivot happens. The fact that whenever one of the Chinese characters speaks in English, it’s sans a horrid accent.

Someone has to start fighting back.#WarriorMAX premieres Friday, April 5 at 10PM. pic.twitter.com/mS3l7FquaL

And of course, the best elements of Warrior by several metrics are the fight sequences. Given that the work is based off the writings of Bruce Lee, Warrior lives and breathes on the strength of its kinetic action and the extraordinarily talented martial artists and coordinators that not only make the fights look fantastic but manage to give us insight into the character and story at any given time. It’s very rarely violence for violence sake, it’s violence to show the struggle, to show the passion, and to show the grit and determination.

Executive producers Jonathan Tropper, Justin Lin, Danielle Woodrow, and Shannon Lee (acclaimed martial artist in her own right, and the daughter of Bruce) have curated one hell of an experience. It is a hallmark of Asian-American media and a historic moment for everyone involved. Warrior is going to be a must-watch series. Every facet of the show is going to impress you. It is ambitious and brutal and tells a story that we have never seen before, and it will hopefully open the gateway for more stories like that to come. 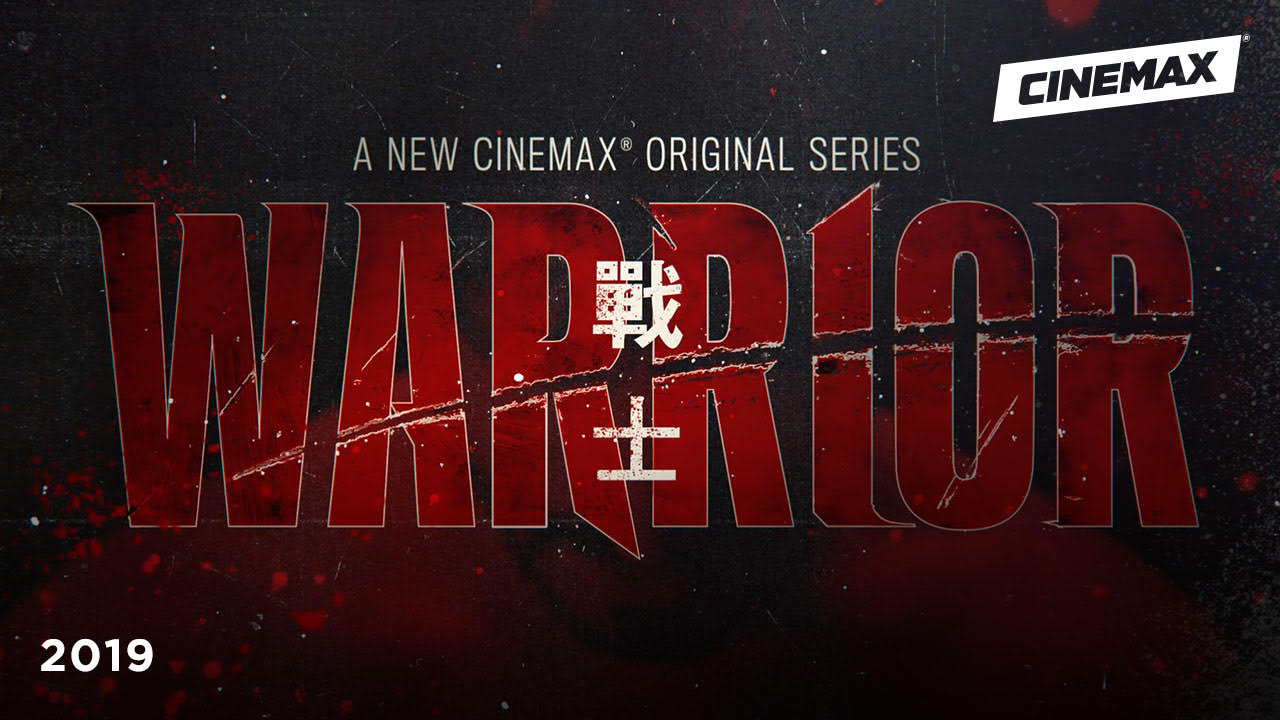