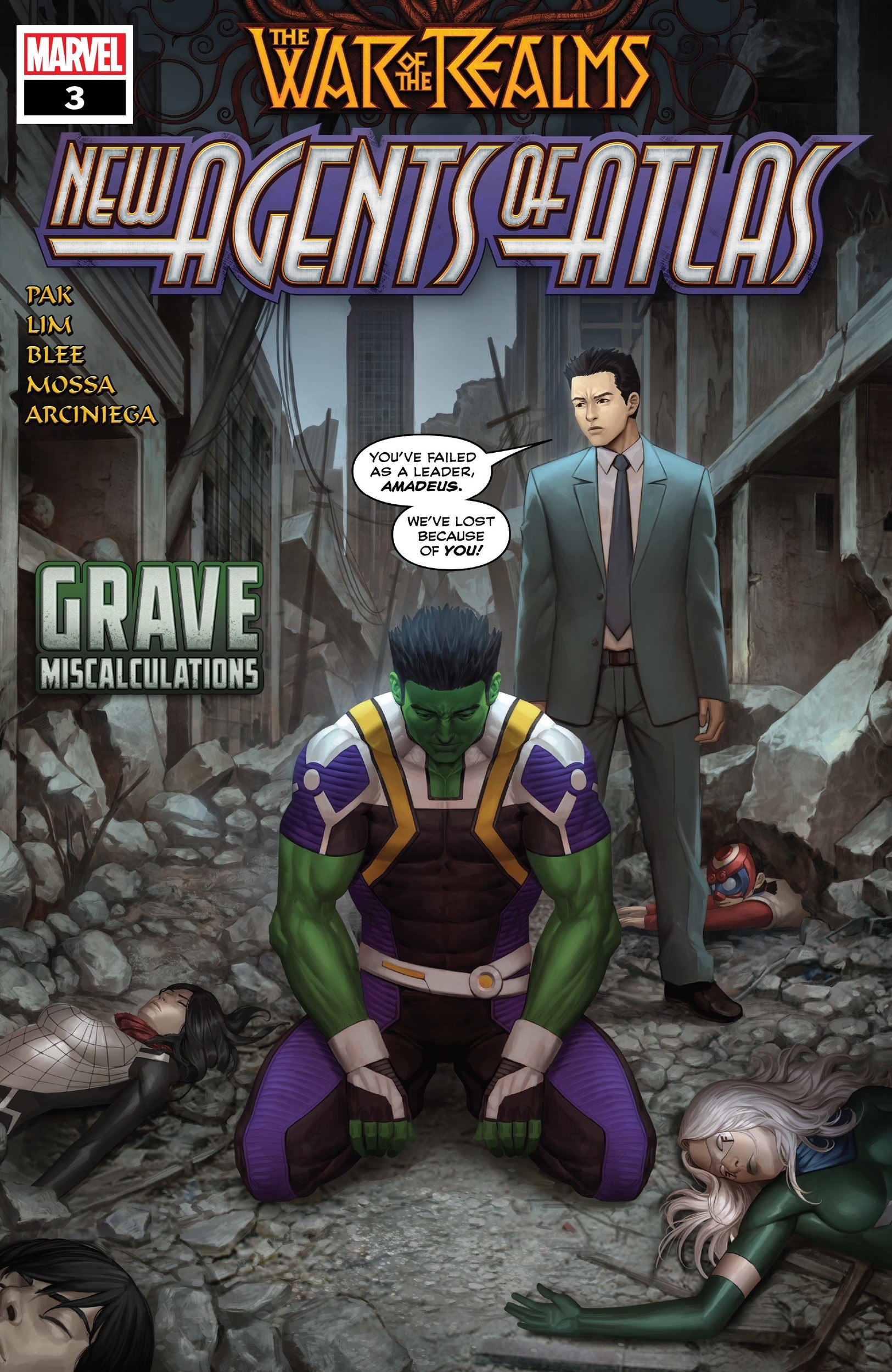 In the midst of The War of the Realms, I have never felt more seen and understood that I have while reading Pak’s and Lim’s New Agents of Atlas #3 (colored by Blee, Mossa, and Arciniega; lettered by Cowles). As the battle against Sindr, a primordial fire goddess, rages on the Pacific front, Amadeus Cho is left to rally the team and develop a strategy that can prevent the worst-case scenarios.

There is so much inherent goodness within this book, that it’s hard to pick just one place to start, so we’ll default to the superhero aspects. Lim’s artwork remains impeccable three issues in. Each of the heroes is immediately recognizable by silhouette alone and their powers manifest in beautiful ways to combat the various forces of evil and nature that occur in the book. It’s such a pretty issue that captures the majesty of the different set pieces in their protection and their destruction.

Pak continues to show his mastery over this cast of characters. With such large ensembles, it’s hard to make sure everyone gets their fair share of screen time, but Pak deftly commands the narrative and it feels like every character either get their moment to shine or is primed to get their moment in the next issue. Amadeus Cho’s master plan allows each team to tackle the portion of the grander schemes, and it feels tight and well-paced. Yet, what truly elevates the book from good to great in mind is the simple inclusion of a dinner scene with spam at the center. 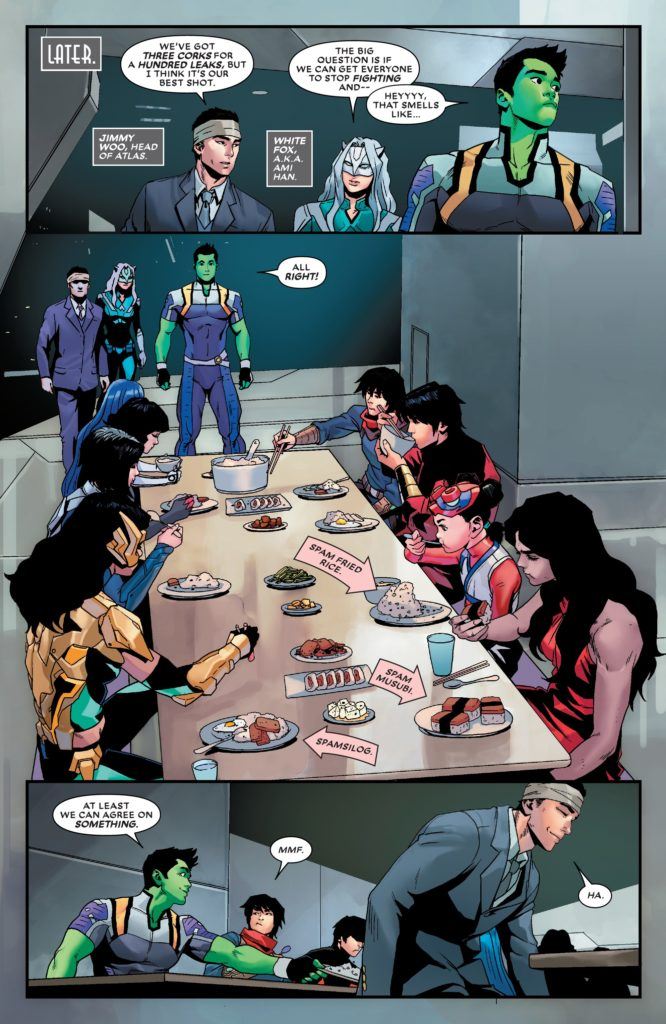 In tumultuous times, Cho (and by extension Pak) takes the time to rest and recoup and show this sincere moment of bonding between the team over a canned meat product. But that canned meat product was also the staple of many childhood dinners in my household. It’s something that my Filipino mom and aunts made me. It’s something that invoked the same smiles on all the heroes faces. It’s moments like that make comics so meaningful, that prove that representation matters today and forever. It’s elements that are simultaneously oddly specific and universal. It makes me thankful for Pak taking the time and care to show his readers that he knows and that he sees us.

War of the Realms: New Agents of Atlas #3 continues to be an absolutely stellar entry in already compelling mini-series. It’s a strong ensemble with a strong narrative that stands on its own merits as a great comic.