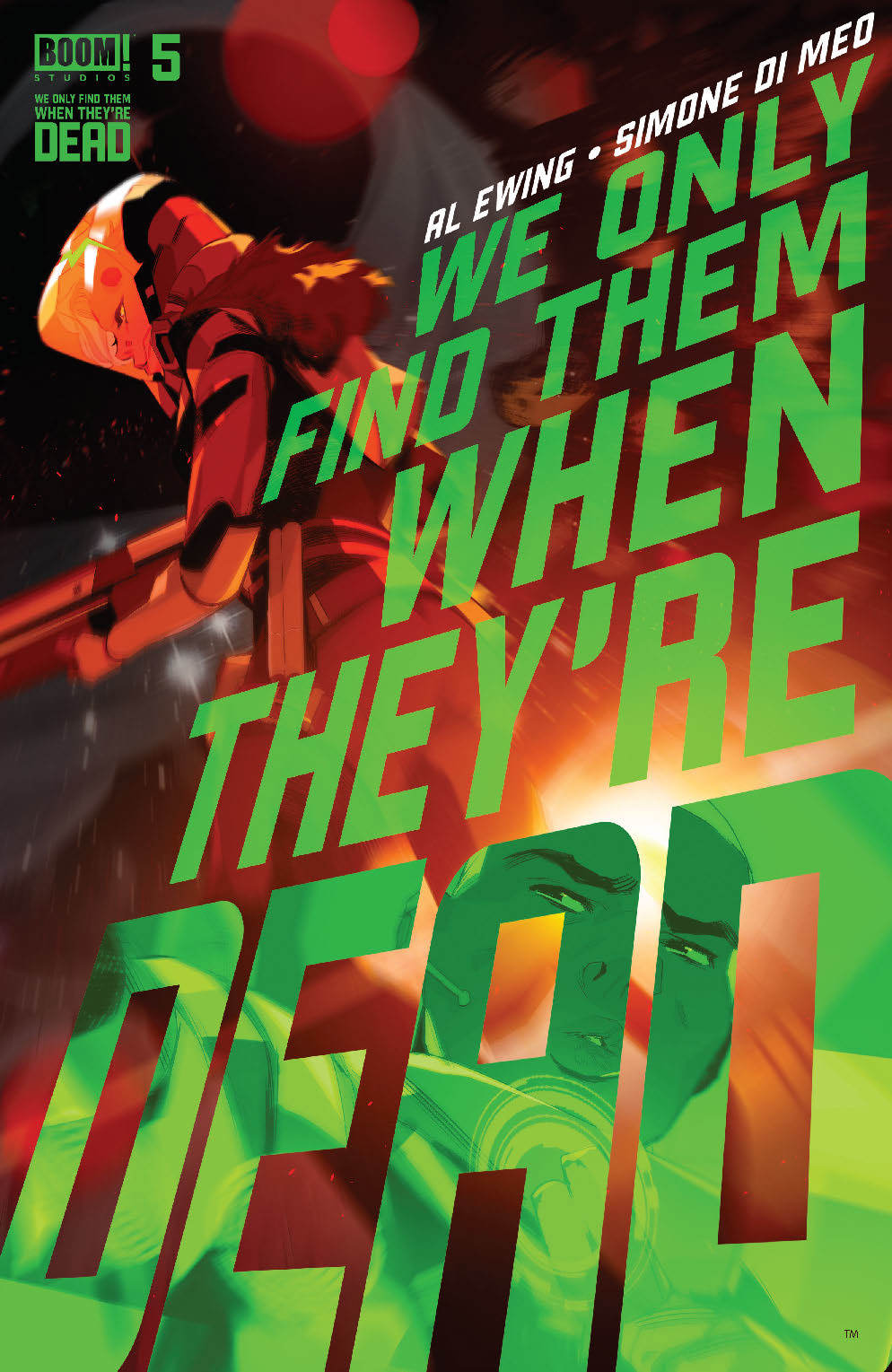 The final issue to We Only Find Them When They’re Dead‘s first arc allows us to languish in all of the moments that have led to this final confrontation. The autopsy ship with a crew of four has been through quite the wringer, and par the course, the last issue ends with some dramatic moments and the same shifting timeline and perspective we have come to expect from the series.

I think where this issue in particular falters just a little is that given that it’s been about a month, I kinda lost my place in the chronology especially since the last issue was structure in such a way that it constantly blurred the chronology. This is very much a personal issue, and one that will definitely be solved in the full on collection, but it is one I wanted to note because it is a story that covers a lot of the same events from different angles to give us a fuller picture.

Ewing does provide a lot of interesting facets and character moments that all culminate to some very cool reveals. But there’s an influx of character names that need to be mapped, and a causal chain of the events that once is put together does pay out brilliantly, but in a way that required a bit more effort than its immediate predecessor.

With that said, the mystique around the different autopsy crews and the overarching mythos of the “Gods” has remained an enthralling pull and I think this is a series that will only get better on reread and in a single sitting.

However, this is no doubt in my mind that Di Meo is the perfect partner to Ewing’s imagination, and the individual pages leave a lasting impression and convey the sense of scale and drama perfectly.

As an end to the first arc, We Only Find Them When They’re Dead sticks the landing, but perhaps a little more shakily than I would have hoped. That said, I will be tuning in for the next arc when it does come up, and in a competitive market, that is a resounding endorsement.