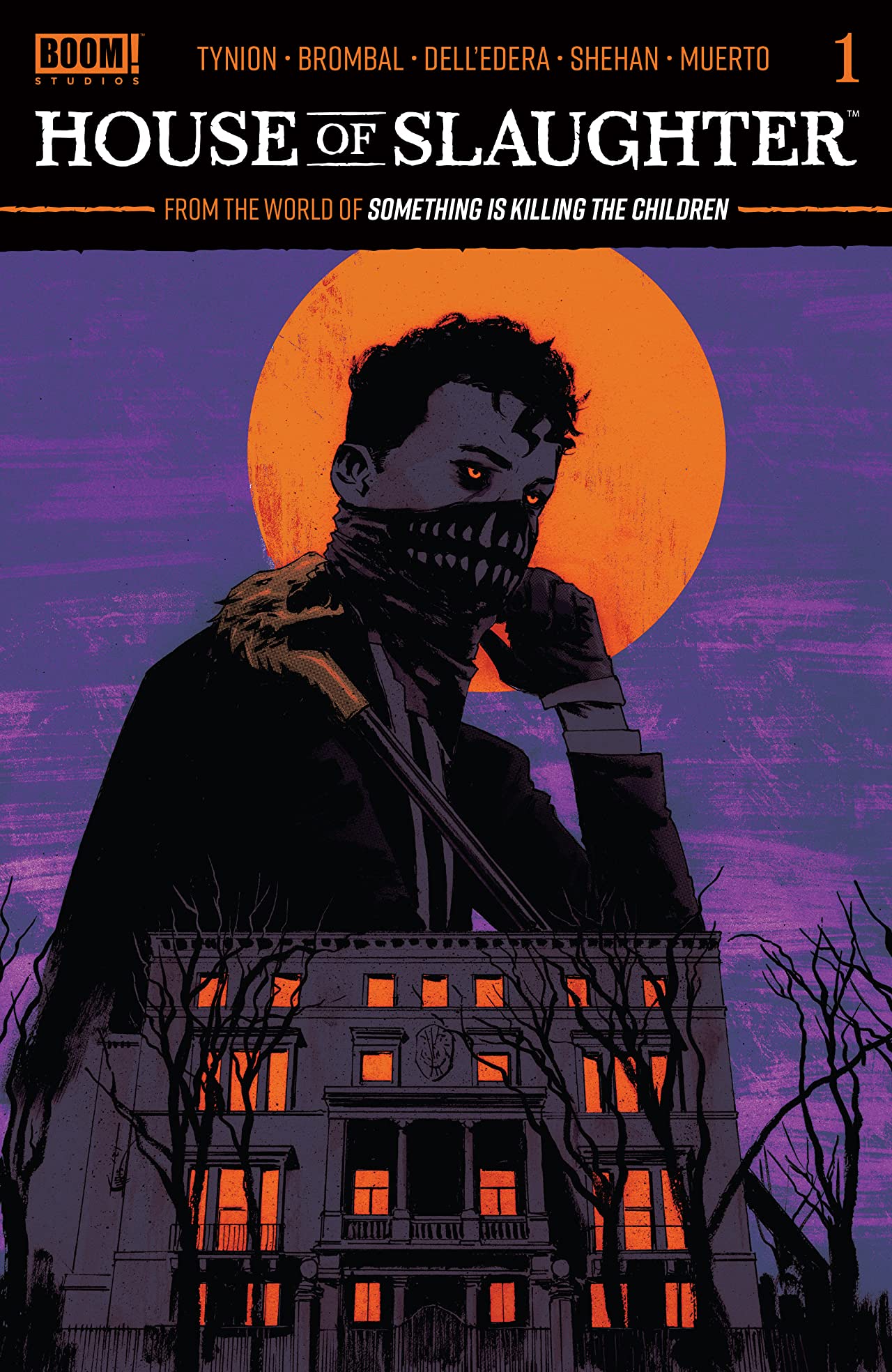 The world of Something is Killing the Children from James Tynion IV and Werther Dell’edera was an elegantly constructed new horror comic that left quite the lasting impression. The adventures of Erica Slaughter’s hunt slowly provided a window into a much deeper lore and the haunting universe rightfully deserved to be expanded.

While it’s been a minute since I’ve talked about the series, the series remains one I keep tabs on, and the announcement of House of Slaughter got me very excited for a number of reasons. The world of Something is Killing the Children is enthralling, and any opportunity to expand on it is more than welcome. Hot off the mainline series’ prequel arc, House of Slaughter tantalized us with the back story of one Aaron Slaughter, and I’m thankful that the comic delivered.

House of Slaughter #1 opens with the Aaron Slaughter readers familiar with the franchise know and love and new readers will come to appreciate on a hunt. As the in-media res fades to bring us back fifteen years into the past, we follow a young Aaron doing his best as a trainee as opposed to the trainer.

Brombal does a fantastic job of making House of Slaughter approachable to all readers. He writes the younger Aaron in a way that makes him relatable even if the whole “training to be a monster killer” is not exactly a common experience. However, Brombal’s approach to high stake schoolyard antics works incredibly well, and this iteration of Aaron is endearing. Furthermore, this issue provides even more contextual information about the various systems at play in the universe. And once Jace, the other principle character, is introduced, we get to see a lot of intriguing character dynamics begin to play out. By the end of the first issue, you can’t helped but be primed for the other four. Brombal’s narrative and dialog fit perfectly tonally with the world that James Tynion IV has created while having its own distinctive tenderness and kindness about it.

Similarly, Shehan’s artwork perfectly mirrors the designs of Werther Dell’edera, keeping a similar but unique aesthetic that’s also a bit softer than the mainline series. Miquel Muerto’s colors help unify the universes, and visually the comic is stunning. The action is fun to parse, the set pieces are eerie, and the signature masks that are the definitive iconic images of the series remain menacing and captivating.

House of Slaughter #1 manages to walk the difficult line of being part of an existing universe while also telling its own unique story. Brombal and Shehan have distilled the foundational elements of Something is Killing the Children and used the building blocks to tell a brand new story that stands on its own. While this comic will be most appreciated by avid fans, this issue will serve as a gateway for newer ones as well who can easily become invested in Aaron’s story and want to see more of him. The creative team has constructed a familiar, yet novel sandbox and I look forward to seeing what happens in the coming issues.