GKIDS proudly presents the highly-anticipated new film from director Makoto Shinkai and producer Genki Kawamura, the creative team behind the critically-acclaimed, global smash hit Your Name that took the world by storm. This newest offering presents ordinary Hodaka, who in the summer of his high school freshman year, runs away from home and leaves for Tokyo. As what happens to most folks who come, star-eyed attracted by the big city lights he comes without a much of a plan and quickly finds himself pushed to his financial and personal limits. Our boy is on the struggle bus. Worse of all: The weather is unusually gloomy and rainy every day. He’s starting to think it is a sign as if to suggest how his future is going to turn out looking like. 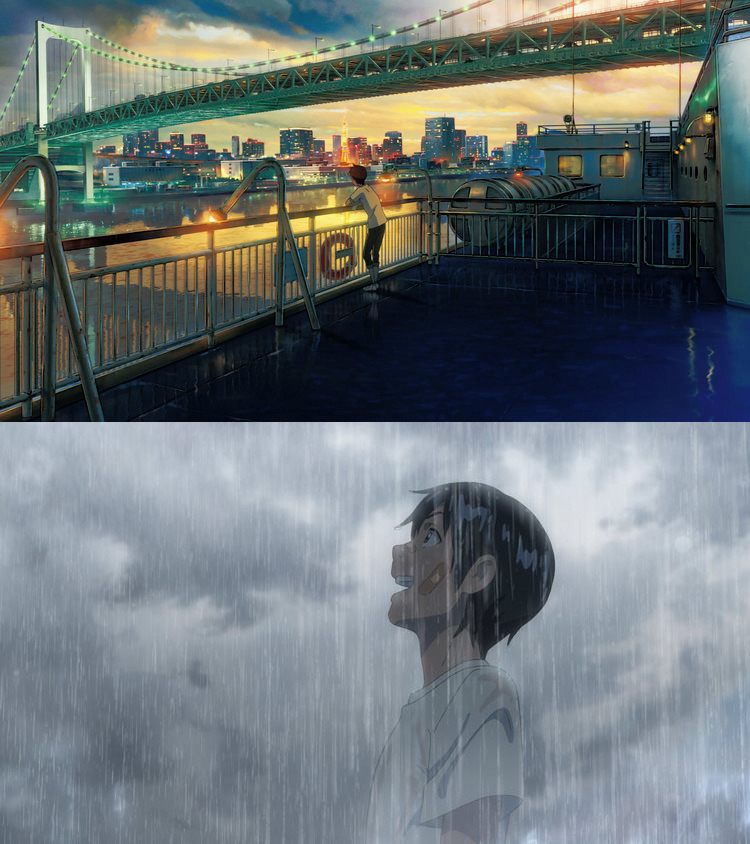 Hodaka meets Hina on a busy street corner, as luck would have it. He soon finds that this bright and ultra strong-willed girl possesses a strange and wonderful ability…she holds the power: to stop the rain and clear the skies.

Boasting gorgeous visuals and a story that already seems to ensnare us for a heartbreakingly good time, Weathering With You looks to share a few things in common with Your Name: some endearing teenaged characters, a plot that is serving both strange and unusual with interesting and lastly, some serious heart.

To that point, the dueling nature of opposites in the main protagonists which was present in Your Name–(Mitsuha was a country girl and Taki a city boy) also seems to be the case here in with Hodaka being from a remote island home and coming to the big city of Tokyo and meeting Hina. Director Makoto Shinkai’s films include Voices of a Distant Star and The Garden of Words feature narratives that pull at the heartstrings. Producer (but also screenwriter, director, author, creative director, and showrunner) Genki Kawamura seems to have a Midas touch which includes such projects including Mirai and Wolf Children –having him on board only heightens my anticipation for magic once again. 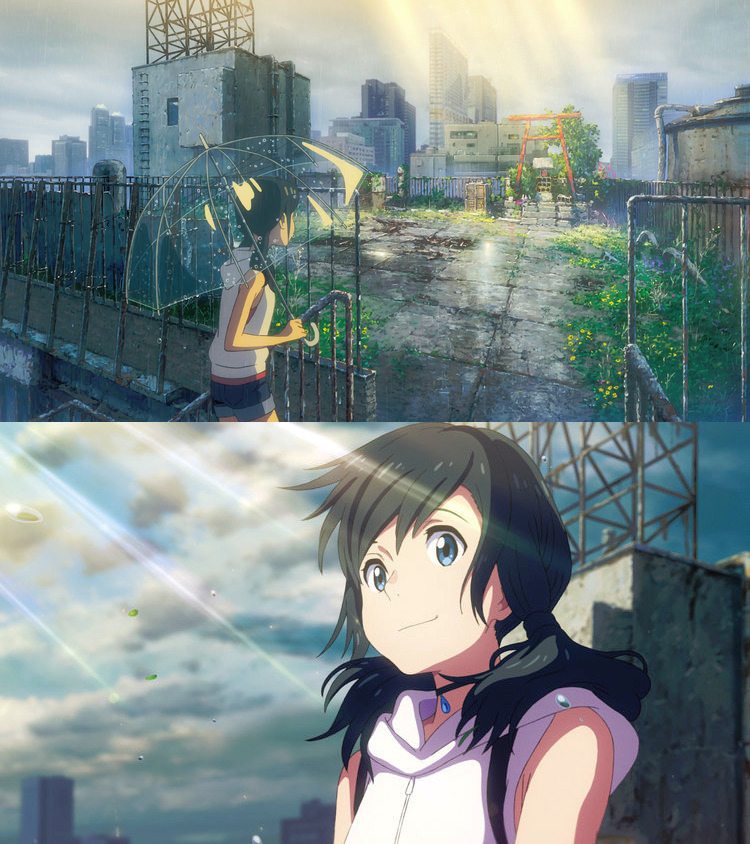 Weathering With You looks to be part love story, part coming of age tale with commentary on everything on cherishing your youth to climate change and more.

Prepare yourself for the smiles and the tears come January in this genre-blurring film that between flies between romance, sci-fi, and fantasy.

I’m already in my feelings and it ain’t even December yet. 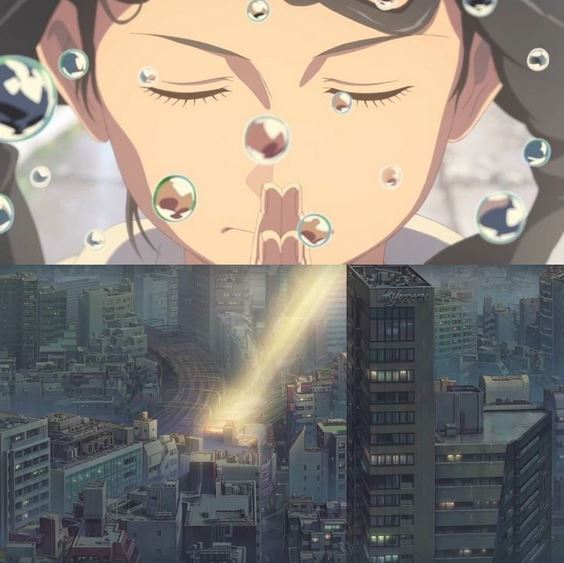 See more about the upcoming release of Weathering With You here on the Gkids website. See this super cute, interactive piece of the social media campaign–make a request for a Sunshine girl.