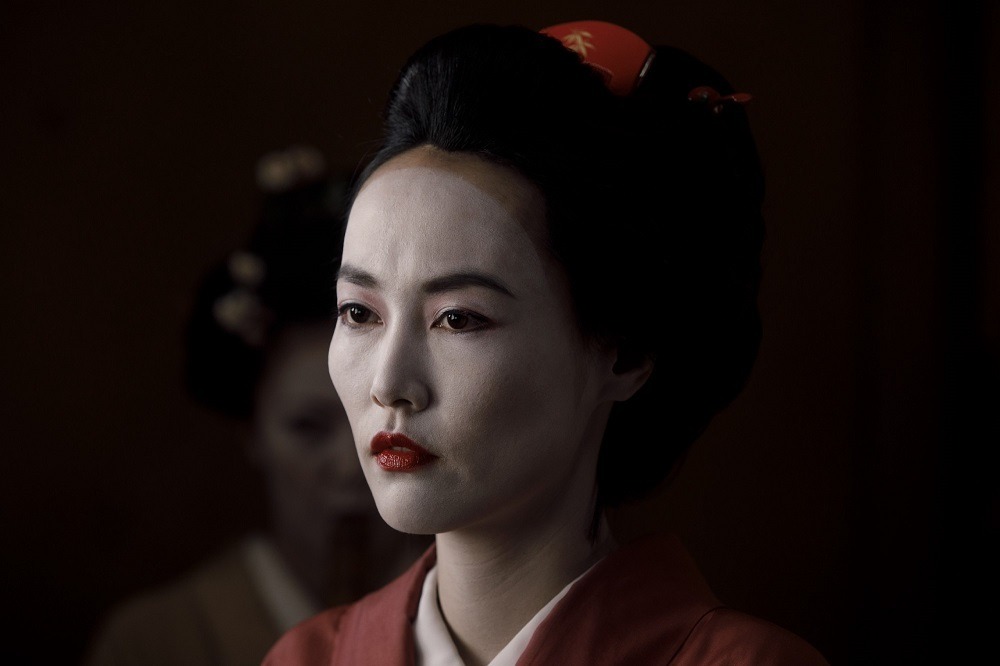 Season: 2 / Episode: 5 / HBO
***Spoilers be recycling the same narrative as last year in different worlds*** Check out all the season’s recaps rightchea

Maaaan, listen. Looks like we at headquarters cuz Delos out here pulling out bodies of all sorts. Hosts and guests alike. And removing brains. Just the hosts I think…hopefully. Delos also discovering that so much stuff been going down that they can’t even trace the origins. About a third of the host data been wiped clean. So not only are hosts out here off the leash, somebody covering some tracks too.

And we back to Maeve and the New Narratives. Right back where we left them cuz Maeve doing the bullet time on this samurai sword. I wanted samurai, but not like dis. Not like dis. They get hemmed up mad quick and Maeve like, ok, I got this. She hit them with the voice commands to lay down the arms and release them. But your boy gonna throw that Japanese back at them like, “Gag the pretty one and let’s roll.”

Now ayebody a hostage, getting dragged through the forest except Maeve got the surrender flag over her mouth. They being paraded through a slaughter of local police. That seems like fun for everyone. Also, Lee lets Maeve know that her linguistics ain’t fire cuz she ain’t speaking the right language.

They finally get into to town and Armistice is like…wait, this shit feels too familiar. Even in Japanese. Then the music starts and I’m like, ‘wait this shit does seem familiar.” The local guard tries to stop the head samurai in charge and gets that staff to the chest (ok). Then he gets off his horse and follows that up with a death blow (OKKKKK). He tosses that shit to his co-conspirator and takes the rope, oh what the fuck, THIS IS THE BANK HEIST FROM EPISODE ONE. Ahhh hell naw. 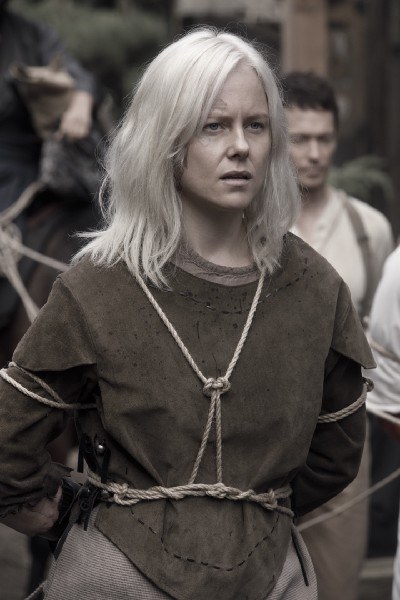 By the time they laid out the weapons on the ground and your girl with the dragon tattoo like Armistice’s snake broke out that bow and arrow work, I was fucking undone. That shit was so live with the first person Atreus work, I LIIIIIVE. Yeah, Musashi is actually Hector in Shogunworld which means there’s a Maeve around here somewhere…

Outside, the Ayo with the Dragon Tattoo still long range merkin’ cats when Armistice warns her of a dude trying to flank her. For her trouble, they all get freed. Inside, Musashi is still on narrative as he moves Akane (aka new Maeve, who dis) out of the way from the falling safe (I love this shit). But Maeve come in before it gets crazy(or crazier) and is like, yeah, I’ve literally watched this play out a hundred times, and y’all don’t want wants next. We should work something out.

D-Block and the Purge rolling through Sweetwater, and it looks like the massacre to end all massacres. Everybody and their god is dead up in here man. Folks just trying to get on the train got shot in the back fam. This is all bad. D-Block wants the train operational so they can track down her pops. Teddy gotta be like…you are not the woman I was trying to build a life with, the fuck happened to you?

In Shogunworld, everybody chillin’ watching the geisha routine, but shit is tense; people is checkin’ on their doubles either entranced or straight up murderous. 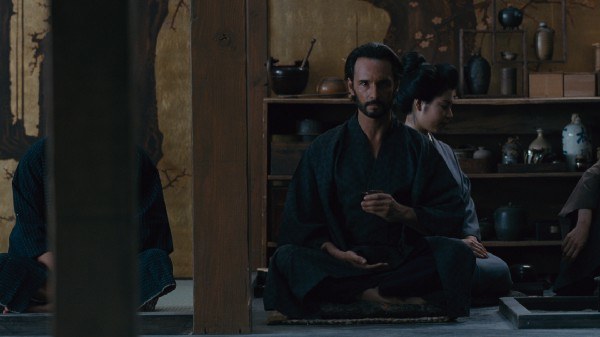 Maeve ain’t here for this shit, but Lee convinces her to chill cuz a quest is coming. And the quest done cometh in the form of the Shogun’s emissary. Your boy was sent to get Sakura for him. Permanently. Lee is like, yeah, here is where Akane is, aka you gotta give her up even though it breaks her heart. Yeah, that shit did not look heartbreaking when Akane stabbed that mofo in the eye. Lee is like…yeah, I didn’t write that.

So now it’s on cuz the whole crew gotta escape before the Shogun sends an army. Lee chimes in that Sakura might want to go back to Swan Lake for their refuge. And also where the New Narrative can get back to the access tunnels.

They trying to leave under the cover of night, but yeah, ninjas already here fam. The fighting starts and this shit gets fuckin’ real. Maeve done got her singing voice back and tells a couple ninjas to kill themselves, which they do. Ayebody like, oh hell nah. Everybody is doing the most and Maeve getting choked out, so she can’t give no vocal commands. DON’T NEED IT. Maeve done ascended. She done went Charles Xavier on these bastards when she psychically tells her attacker to kill himself. And he fucking does. Gotdamn. Maeve got that Ford control bruh. No one host should have all that power.

Well, some of the Shogun’s ninjas took Sakura already. And the rest of the Shogun’s Guard shows up. Musashi goes out to buy them some time while Maeve and the remaining crew escape. 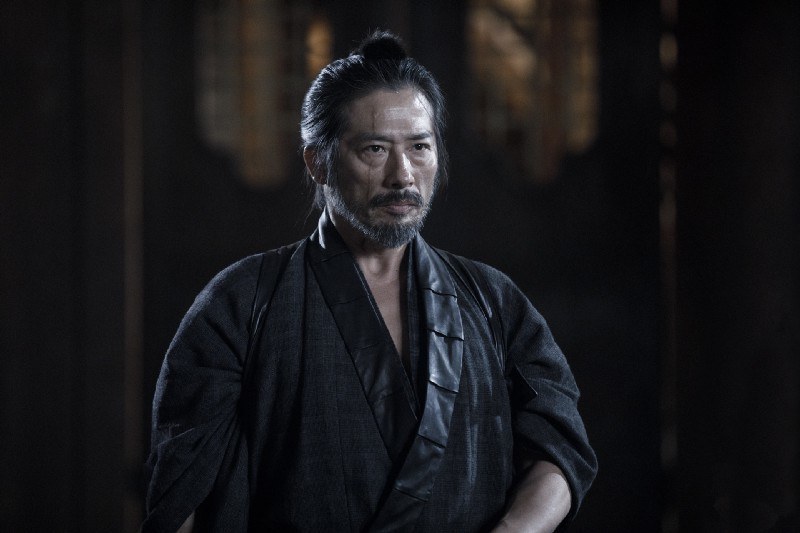 Back in Midgard (yes, I’ve been playing God of War and reading The Mighty Thor comic, y’all just gonna have to deal with the Norse references this week), D-Block and Teddy riding over old stomping grounds. Teddy tries once more time to turn D-Block from this path. He like, we could walk away right now. Then, D-Block tells him a long analogy that basically says, nah fam. 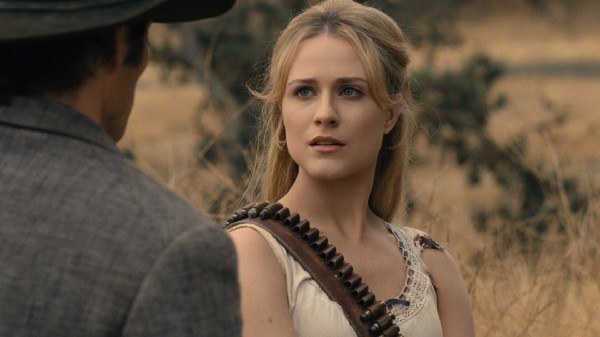 While they are on their way to the Shogun, they see the Calvary already came through here…and got fucking killed. Yikes! Literally, nobody is coming for y’all man. Lee goes to take a quick piss but also finds a working radio from one of the dead soldiers.

They show up at the camp with the plan for Maeve to do the Breathe and Stop on these dudes. But there’s also, hundreds of them so…the plan is to act like they are the Chinese envoy that Musashi killed in Akane’s tea house.

Shogun takes their gift and tosses that shit on the ground like a hard pass. The crew originally thought that the Shogun had woken up and was making these power moves on his own. Nah, he just broken and leaking fluid, so his cortex just doing whatever it wants to right now. Also, since word is out that a witch was telling folks what to do, Shogun done had his Daimyos cut their ears off so they can’t hear shit.

THIS SHIT ALL BAD FAM…WHAT IS WE GON DO.

Akane reveals herself when Shogun brings Sakura out, and Shogun ain’t having it. He gonna make Akane dance tonight too.

D-Block and Teddy watching all Purge crew still clean up the bodies and prepare the train. Angela come back with one of the dudes that took D-Block’s pops and realize they are going to Mesa.

Can we talk about Teddy real quick? Cuz your boy following D-Block around like a lost puppy man. Like some kid that got lost in Walmart and just looking for an adult. He follows D-Block up to the only non-trashed bedroom in the town of sweetwater. You know when they went and laid it down, that this was some new Dolores yo. There were more than a few things that never actually got completed in the old narrative.

In the Shogun’s camp, Akane is united with Sakura, but the Shogun done already went and had the cherry blossom tree carved into her back. Gotdamn man. Shogun has had Sakura for a like a day, yo. Akane trying to comfort her and start giving her the monologue that Maeve had about the new world in season one. Man, Lee wasn’t even trying to differentiate this man. He for real just did some crisis on infinite worlds shit. Your boy wrote one story and then added accents and cultural relevance.

Maeve tries to wake up Akane like her, but Akane ain’t ready yet. You gotta die a lot of times to reach that Maeve consciousness. 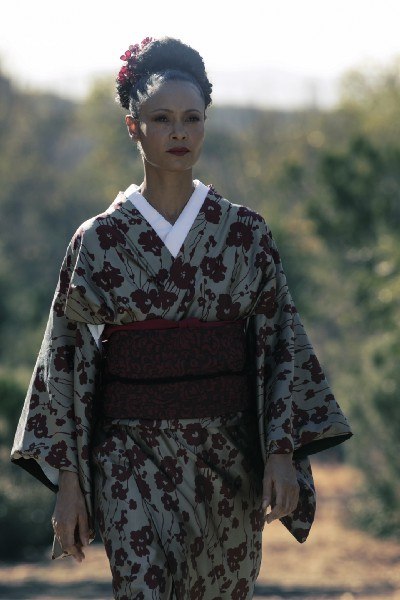 So also, if you just had sex with bae and she wake you up in the middle of the night saying, “there’s something I need to show you…take your ass back to sleep yo. Nothing good gonna come from that. Not. A. Thing.

D-Block takes Teddy for a walk talking about she been questioning her feelings for him. But realizing that she fully sees him now. Which sounds good at first. But then, she walks your boy into a slaughter house and is like, so upon seeing you…I realize your gentle ass ain’t gonna make it. She have the Purge come in and hold Teddy down while Nameless Black Technician gives your boy the full attitude adjustment. I’m guessing all pragmatism and no empathy. Yikes.

In the Shogun’s camp, it’s the year of the Geisha and the dance bout to start. Sakura and Akane come out to run this double dragon one time for the Shogun so hopefully he can keep his word and give Sakura to Akane. Right before they start, Shogun stops them. Walks up on Sakura. And just…Fucking…Kills Her.

What in the fuck man!?!? Just off GP?!?! And Akane still gotta dance after that shit? Akane is like bet, you bout to get this Geisha work then. She does the dance of her life, which ends with her SAWING OFF THE HEAD OF THE SHOGUN! WHAT ARE WE EVEN FUCKING DOING YO?!? The Daimyos are like, aiight that’s it and about to assassinate the madams. 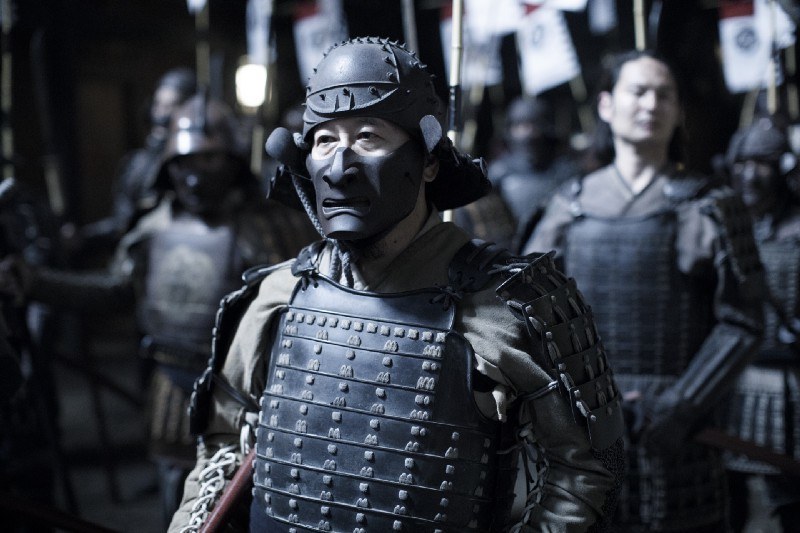 Right before the blades come down, Maeve jumps in cerebro one mo’ time and turns all the samurai on each other. Now, it’s just a battle royale, since that’s the new craze anyway and ayebody trying to merk each other out. One sounds the alarm and all the soldiers come running from the hills. Lee is like, um…what now? Maeve picks up a sword. I done told y’all that I got my swagga back. Shogun said I stabbed a man, so I guess I got that dagger back.