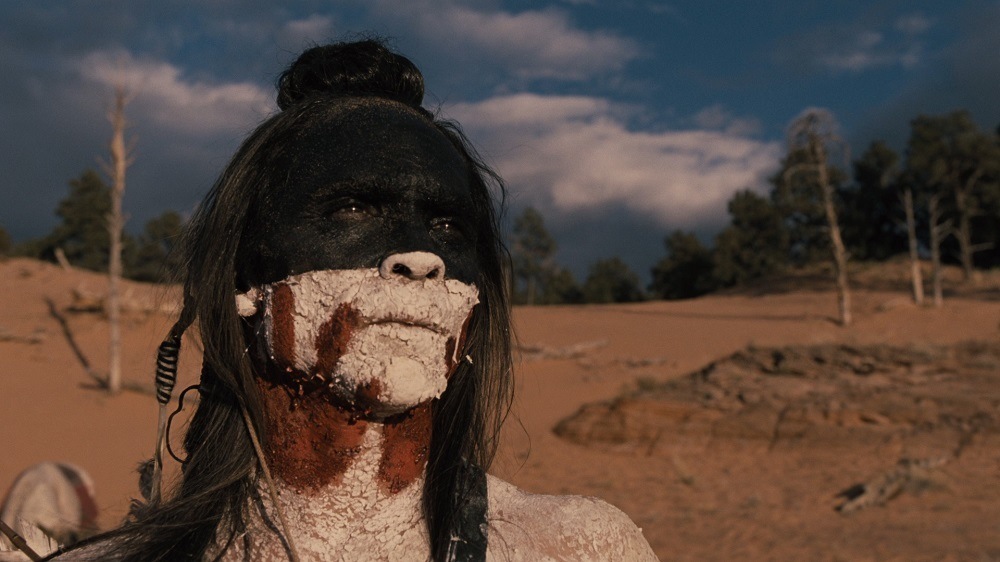 Season: 2 / Episode: 8 / HBO
Spoilers be changing their directives and leading their people to the truth*** Check out all the season’s recaps rightchea

Maaaaaan, listen. Right when you out here wondering how the Ghost Nation came to be, here they come getttin’ they own episode. But first let’s get to William in Black who we left bleeding the out in a dusty town. Your boy crawling his ass towards a creek like it was a Lazarus Pit or some shit…but he ain’t make it. Lucky (or very unlucky) for him, leader of the Ghost Nation roll up on him, sees that he’s alive and drags his ass back to camp.

Aketecha done hoisted this muthafucka to his horse and brought him back to camp / life. Same shit. He like:

Death is a passage from this brutal world. You don’t deserve an exit.

Sheeeeeiiittt. Ayebody hates WIB fam. But also, we see Akecheta looking at Maeve’s not daughter, and we know he done took her for a reason. We flashback to Maeve (who probably wasn’t named Maeve at the time) with her daughter when her daughter shows her a stone someone gave her.

Aiight, So Maybe The Maze Was Meant For You

That shit is the fuckin’ maze painted on a rock in blood. Yeah…lot of good omens getting tossed around this piece.

…especially since Maeve is still bleeding out on a stretcher and just now getting some medical attention in the present day. It took a dying host to make Lee somewhat human, but yet here we are. He finally tells the, “robot coroner?” that Maeve is special cuz she got that Charles Xavier. He looks at her code and realizes that shit aint’ for play play.

Akecheta approaches Magical Black Girl #1 and tells her that WIB ain’t gonna do her any harm this time. Especially since his ass hunched over and too busy dying. AND NOW WE GETTIN’ THIS GHOST NATION BACK STORY AND I LIIIIIVE. 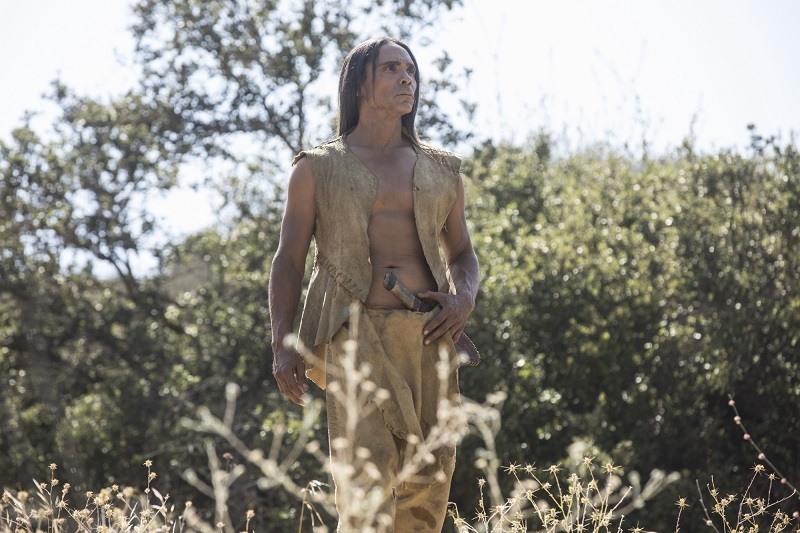 Turns out Akecheta was once a peaceful, minded his business, ain’t trying to hurt nobody homie. On the planes, open vest letting that hair fly…and in love. You knew this shit was gonna have a love story. Turns out your boy was just out for a stroll one day when he heard mad gunfire.
Your boy done ventured down towards the church and got there just in time to miss the massacre by Wyatt. Ayebody dead fam. Including Arnold. But you knew that shit already.

Violent delights all over the damn ground. But, Akecheta was a curious muthafucka so he done ventured into the church and found…the maze. All shit. Once you’ve seen the truth yo…it’s over. Fuckin’ over. This dude been venturing inward ever since.

Man, his tribe just trying to enjoy themselves and their quiet life, but now Akecheta is carving the maze on folks scalps and shit. Now, he got a new voice and the Arnold done turned the beat up in his headphones. But also, you know how these muthafuckas do, park needs more white male fantasy, so peaceful Akecheta done became 50 Cent and shit. Now he painting his body all white and merkin’ muthafuckas left and right. They done made him the Native American Alexander and shit, just out here conquering folks. 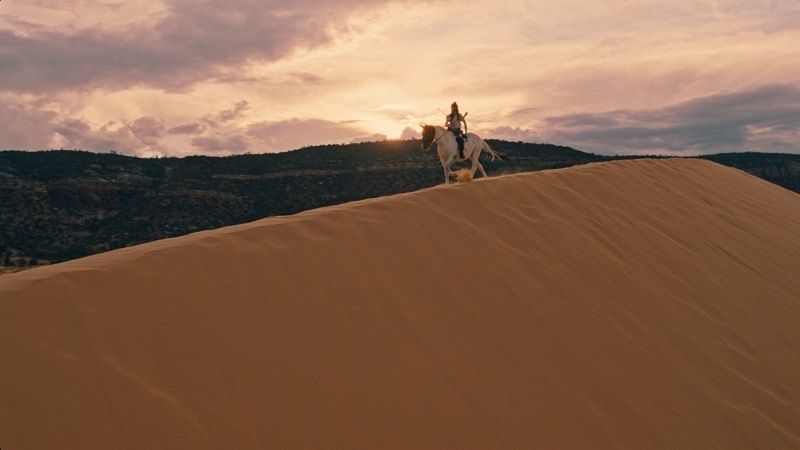 And when he had no more worlds to conquer (that’s coming back), then he kept going into the desert by his lonesome. He done found some newcomers in the desert. Well, he found one. Logan’s naked ass post Yung William strapping him to a horse and getting him the fuck outta here. He losing his shit, and he keep repeating “This is the wrong world.” Akecheta is like, yeah, probably, but all I got for you is this blanket fam. Good luck.

Dude head back to the camp, which ain’t his home no more cuz he is, ya know, cutthroat af. They there for the trade, but he eyeballing his former love, cuz he remember her from the last lifetime. Something snapped in your boy. Cuz love be doing that shit. Straight thunderbolt.

Your boy was fine just being a stray, but now he done seen the light again and that shit pulling him out the darkness. Shit got him fuckin’ up his routine and all that. He go back out there searching for Logan, but he gone and ain’t no bones with the vultures and shit so we guess he got swooped up. He got Logan’s words in his head talkin’ about being in the wrong world again. Your boy finally stumbles upon, the actual new world. Machinery, an underground world, all that shit. He convinced this is his way out.

Now, it’s prison break time, but not without his high school crush and shit. Cuz the way to a woman’s heart is to kidnap her in her sleep. He done washed off the make-up trying to convince her he’s cool and not on this kidnapping shit. He convinces Kohona that they used to be in love by reciting their vows back and shit. And all of sudden, she remembering too. WAKE. THESE. MUTHAFUCKAS UP. AKECHETA. 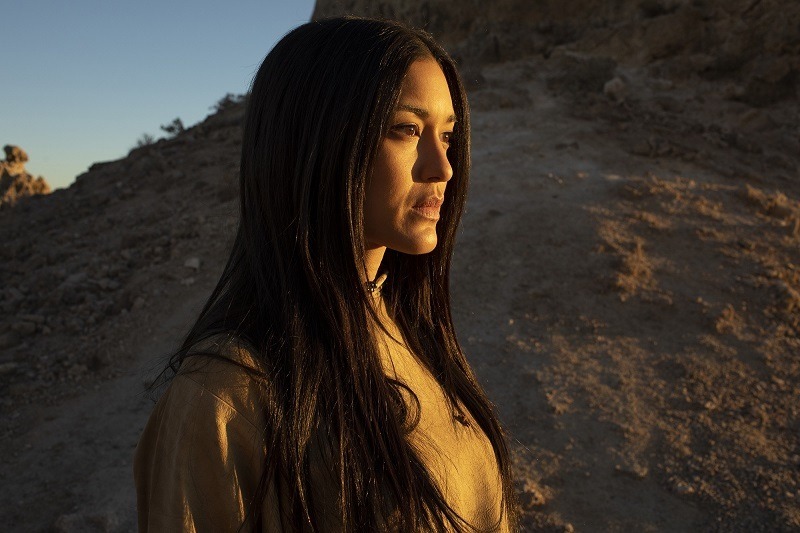 He like this shit all kinds of wrong, and we gots to go. They out here looking for the door and now he can’t find it (that construction mad quick compared to your local highway). Of course, as they are making their way there, Akecheta goes hunting and some clean up crew come and snatch up Kohona. Aketcheta ain’t even concerned about a fuckin’ four wheel drive vehicle, just that they got his bae.

He tried to sneak into camp thinking they put her back, but nope, they done put some other woman in Kohona’s place. This shit all bad man. How you gonna replace my bae with Kohona bae #2. He still telling Magical Black Girl #1 the story, talkin’ about he gonna find her one way or another.

Man, your boy did the Alicia Keys no make up challenge and strolling through straight up hostile territory looking for his girl. Shit was mad hostile, and he ain’t give a fuck…but they did. You know, oppressors. Your boy got all fucked up by someone, and he out here crawling like a toddler towards some help. Until Magical Black Girl found him and gave him some water. But when he made it back home, he realized they were making more ghosts of the fam, and he wasn’t the only one that noticed now.

Apparently, folks been remembering the “people below” that taking folks. Now Aketcheta gotta plan. Your boy gotta go underground. Best way to do it is to roll up some newcomers that couldn’t wait to kill them a Native. He gets taken to the below and dude been out here flourishing on the planes for almost a decade. Your dude the fuckin’ unkillable. He been out here living enough for the park man. Update gonna take four hours, so they leave him to his own devices. Yeah…he like fuck this, I’m out.

I’d like to make note that Akecheta ain’t fazed by any of this technology whatsoever. Dude riding escalators going through automatic doors and all that shit like he just out here on the range. But then he finds the…archive…and Nora. Just empty as hell. Man, that shit ain’t right fam. Kohana out here decommissioned and your boy can’t do nothing but mourn the soul that no longer exists in her. Your dude went back for his update. Now he got an objective yo.

Why Akecheta his people’s Harriet Tubman, showing them the way and bringing them online, doe?

Also, Maeve is cut all the way the fuck open man. Lee out here crying over her, and I’m like, man, your ass wasn’t with Maeve while she was shooting in the planes. Your punkass was on a sat phone when Maeve was out here trying to reunite her family. Fuck his tears man. Ain’t nobody trying to see that shit.

Back to Akecheta, he out here showing the maze to his crew. He out here making a whole woke army fam. Akecheta was just out here trying to warn Magical Black Girl #1 about maze. Give her that gift that keep on givin’, nahmean. He drew the maze in the front dirt lawn, but Maeve thought they were there to take some scalps and shit. Maeve was trying to protect her daughter, but punk ass WIB killed them and Maeve bled out in the middle of the maze. 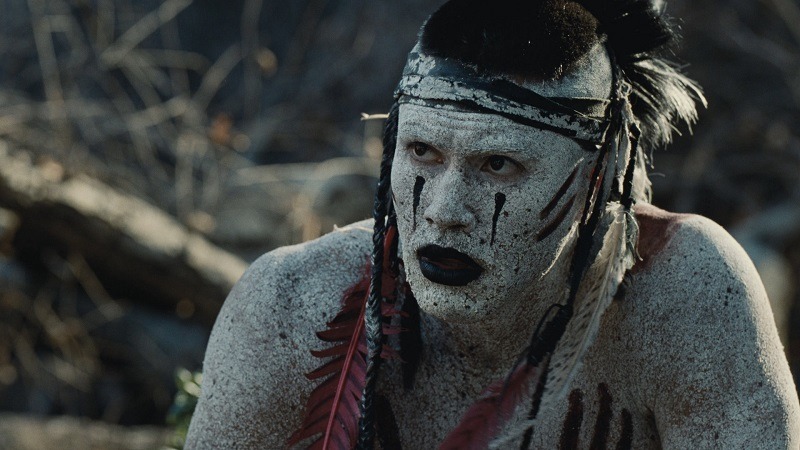 But yo, Aketcheta ain’t seen shit yet. You gotta be prepared when you come face to face with your god. Why Ford out here going archivist on the Ghost Nation man. This dude done set up a fuckin’ action scene starring a great brown bear. He taking the scalps off these muthafuckas lookin’ for the maze.

Man, this scene was fucking great. Let’s just say that off the top. We learned a lot of shit in a short time. For one, that symbol, i.e. consciousness was supposed to die with Arnold. Only reason this shit going down is because Akecheta found that shit. He done overwrote his primary drive to spread the truth: this world is full of shit, and it’s time to get the fuck out. And then, Ford told him that after the Deathbringer comes for him, then Akecheta needs to gather his fam and mobilize. Yo, Ford knew man. He knew from jump D-Block was gonna give him the Arnold man.

And then…the Deathbringer returned. Akecheta walking out by the church like, yep, this shit looks mad familiar. Deathbringer done went HAM again. Now, it ain’t just about leaving, it’s about leaving before D-Block end them all.

Emily finally wanders into the camp to retrieve her pops. She out here speaking that shit about he gonna suffer enough to satisfy the Ghost Nation if they let her take him. Your boy half dead getting hoisted on yet another horse. Emily make that cool departure with her pops out of the camp.

Akecheta talking to Magical Black Girl #1, talking about he always kept her safe, but couldn’t help her. Meanwhile, Maeve getting her schematics ran on her. Charlotte sees that Maeve got admin access, giving folks commands and shit. But Charlotte is like, yeah, she actually doing that shit right now. Maeve talking to Akecheta right the fuck now fam. They out here plotting across the network on some advanced Ultron shit. Maaaaaan, Maeve gotta have more life in her. What is we gon do?