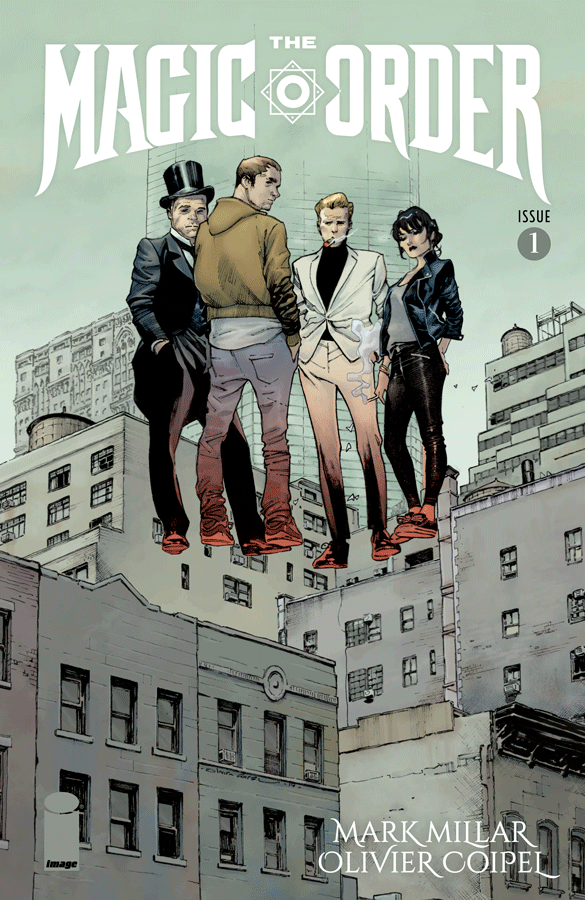 Here I thought I was about to go into this review with some sense about me, then Mark Millar and Olivier Coipel slap me upside the head with a reality brick and go Hardy Boyz on the track. I’m talkin’ bout straight up Yoga Flames, Swanton bomb on the panels. I’m talkin’ Harry Potter meets The Sopranos with the pen. This story has the potential to be one for the record books, and I can’t wait to see more of this magical world that Millar has created.

The first 5 pages of The Magic Order are absolutely terrifying, yet gripping as an overturned 18 wheeler on the highway. The opening of this tale grabs ahold of you by the jugular like a pitbull then does the gator death roll on all your expectations! 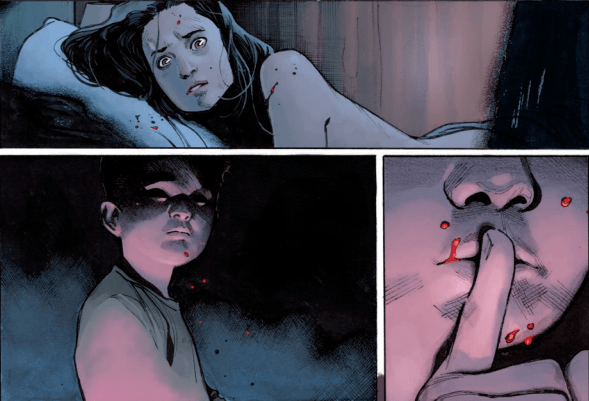 Olivier Coipel sets the tone for every character like a fucking beast! Each new magician, wizard and major player gets the dark magic Met Gala grand entrance and I’m here for alllll of it!

*Light Spoilers Be Guarding The Realm Of Men Against Unspeakable Evils*

Our story seems to be focusing on the Moonstone family and their involvement with the Magic Order, the secret magical organization stretching back centuries that is dedicated to guarding man from inconceivable threats. A thankless task, but honorable and necessary one, nonetheless. Thing is, this is a Mark Millar creation, so you know some wild murderous wrinkle has to come into the fold. And that’s exactly what we’re blessed with once it’s realized that someone is coming for wizards in the inner circle of the Magic Order, stealthy John Wick style. 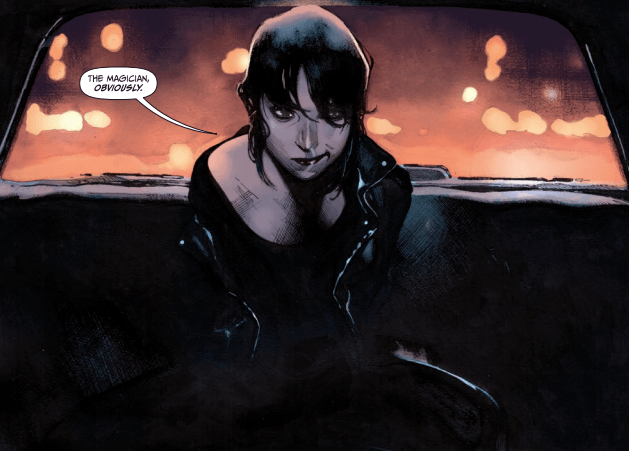 Our key players are Cordelia, Leonard, Regan and Gabriel Moonstone (pictured on the cover), as well as a few intriguing ass characters outside this noble family. Cordelia is the booze-guzzling, home wrecking, loose cannon of the fam. Leonard and Regan seem to be the stable, torchbearers of the Moonstone name. Then we have the tragic hero, Gabriel, who’s backstory is far too heart wrenching for me to take that read away from you. I will say that I do love his fuck off attitude and interracial love appreciation.

This Moonstone family is filled with depth, cunning and a certain level of deception and royalty that will have fans immediately clamoring for a Netflix show or movie version of this comic book. I’m 100% dying on that hill with the rest of you guys.

*Heavy Spoilers Be Showing Up At Your Funeral Straight Disrespectin*

Praise Bast for the moment Madame Albany and her squad roll up to that funeral looking like the zombie Justice League. Maaannnn, the hype levels was over 9000! Then her mans and them shapeshifted into the dead homie in his murdered birthday suit?! I was reading that shit on the train home and a mufucka shouted out “Goodness gracious the savagery!!”. Yeah, nary a fuck is given by Albany and her elite team of ruthless minions. I can’t wait for fans to feast their eyes on these gloriously malevolent panels. 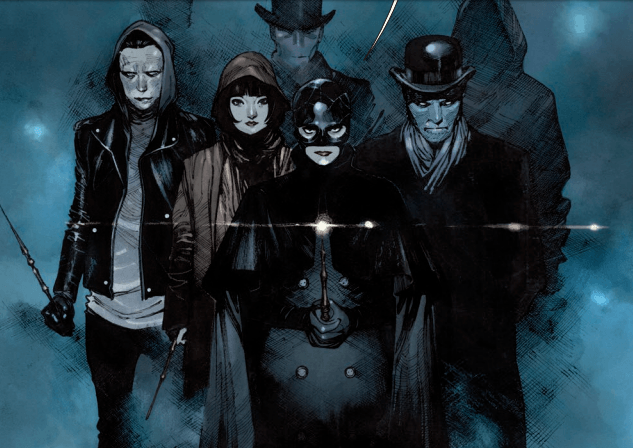 Now, let me talk my spoilery shit and highlight some of the phenomenal new and conceptualized aspects of magic and mysticism in Millar’s new world of spells and wands. Cloaking conversations?! Like what?? How do you have a whole ass conversation with a fellow wizard without his wife (standing right next to him) knowing a dam thing?! Mad Sense 8 with the flow. Cancelling sound in a room?! We talking bout select muting of an entire area?! Just spectacular.
Changing spells?? Straight up swapping out an entire room and adding a person to that spot, who believes they’ve lived there for years? This is high-quality creativity folks.

This is the 1st Mark Millar comic to drop since Netflix acquired MillarWorld last August, and it seems to be a partnership made in nerdy heaven. If you ever wanted an R rated version of the world outside Hogwarts, you’d be hard pressed to find a better story than this one. Every page contains details as juicy as a Kardashian rumor mill. The writing is ripe with tantalizing new ideas and concepts. The art is dark and wondrous.

Mark Millar and Olivier Coipel are men on a mission in issue # 1 of The Magic Order, and with their record shattering pre-order numbers, you might want to get to your local comic book shop at 4am to make sure you can pick this one up on NCBD.