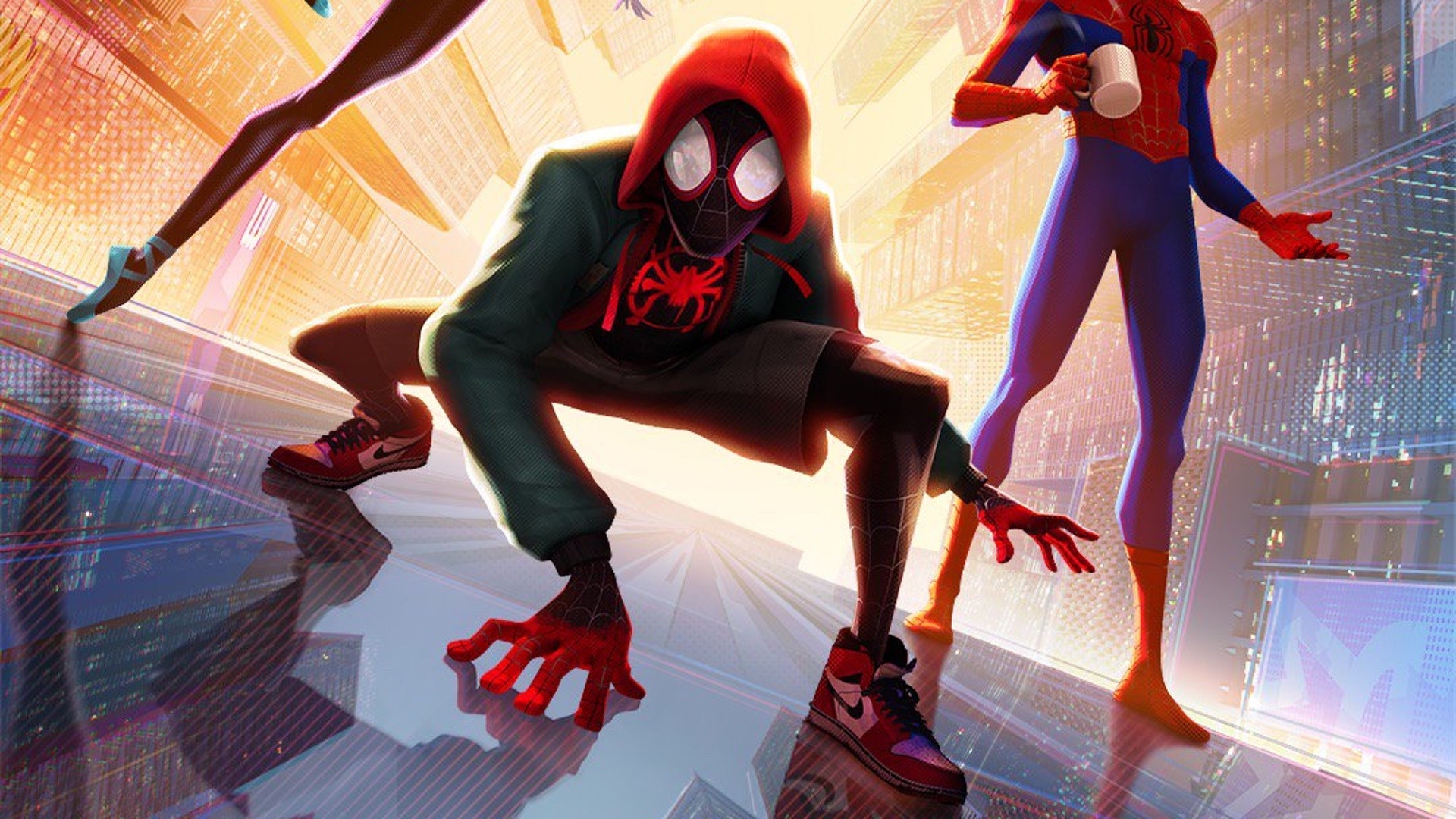 Have you ever thought that superheroes have wack shoes on? Or wondered what sneakers they might wear while kicking ass if they actually wore the type of shoes we wear in real life? No? Oh. Well, I’m gonna write about that anyway. I’m gonna take a handful of heroes and put them in some everyday footwear that’ll both enhance their crime-fighting and make them more stylish.

This is 100% inspired by Miles Morales wearing Jordan 1’s in Into the Spider-Verse, by the way.

I am in no way a sneakerhead. I know next to nothing about the intricacies of sneaker culture or about which shoes are worth more than others. But I do know that it’s a scene that’s rooted in supply and demand, and a shoe could gain or lose popularity just by who might be wearing it. So just trust me, okay?

Storm needs a major upgrade in the shoe department. She’s always wearing some generic boots or a pair of heels. I know she can fly and all that, but even I know that heels aren’t ideal for a lot of physical activity. Even if they are effective when you need to step on someone’s neck.

But Storm is as stunning as she is strong. Her shoes should reflect that.

That’s why I think she should start wearing the Black Fenty Trainer Hi’s, from Rihanna and Puma.

These shoes are sleek, durable, and they protect the ankles. What more could you ask for? These things can help Storm fly more effectively. No more heavy boots weighing her down. They’re also from Rihanna’s Fenty line, which is why they look as dope as they do.

Storm could drop from 100 feet and kick a goon in the forehead, leaving a Fenty logo indent, and everyone would just have to have a pair of these the next day.

Steve Rogers is a good old American boy who’s often a fish out of water due to him being frozen in ice for more than half a century. That means that there aren’t a lot of things around anymore that remind him of where he came from.

But there’s Converse. Chuck Taylor’s to be exact.  These things have been around since the 1920’s and they haven’t changed at all since then. I could see Cap instantly gravitating toward these in an effort to feel more at home.

They’re also one of the most American things ever. They’re a tether back to that time period that white people think was the prime of our country. They even have a star on the side. So yeah, Cap would have a closet full of these.

Cap has those weird knee high overflap boots on all the time? What they hell is up with that? Dude needs an upgrade expeditiously.

To keep with the color consistency of his uniform, Cap would wear the red ones, just like the boots he has now. And there’s no need to worry about Chucks having no arch support. My mans got that super-soldier serum. His feet will be fine. He’ll still be able to kick Crossbones in the jaw with no problems.

This is a no brainer. And I’m kind of cheating because the Robert Pattinson version of Batman is wearing them in the trailer for his new movie, but who cares. Batman would wear Doc Martens. No question about it.

Batman in year one is a lot more utilitarian. But he’s still stylish. You’ve gotta be when you’re a billionaire playboy beating dime bag sellers to a pulp every night.

Doc Martens are boots that are as utilitarian as you can get. But damn are they nice to look at. You take a look at someone wearing some Doc’s and you know they have all the steez. Bats will drop-kick the shit outta The Riddler in those babies and he won’t even need to worry about messing up the integrity of the shoe.

Forget the ridiculous bat outfit. Criminals of Gotham City need to fear the heel of that boot more than anything.

You might be thinking “What does a Green Lantern need sneakers for? They’re usually just flying through space. “

Well, my friend. My answer to that would be aesthetics.

Also, for clarity, I’m talking about John Stewart, the definitive Green Lantern. For years, this man has been soaring through space with his military fade, and some generic green boots made from a construct from his ring.

But that begs the question, if a Green Lantern makes their uniform out of a construct, then why not have fun with it?

I think if John Stewart were to suddenly switch up his style, it would be cool to see him in some green Air Max 95’s with a black trim. These shoes are classic enough for them to be recognizable, but the colorway and ring construct texture would make them stand out. There’s absolutely no reason John Stewart would need to wear these. But since there’s no reason, why not?

Imagine seeing John Stewart fly through your neighborhood wearing a pair of shoes that you might have in your closet. It instantly shows you that he’s a man of the people, and even though he’s on the other side of the galaxy half the time, he hasn’t forgotten where he came from.

Superheroes and shoes are an interesting crossover. We all need to protect our feet somehow. I think it’s time we start giving our heroes some fly shit to step in. It can only help their appeal in the long run.