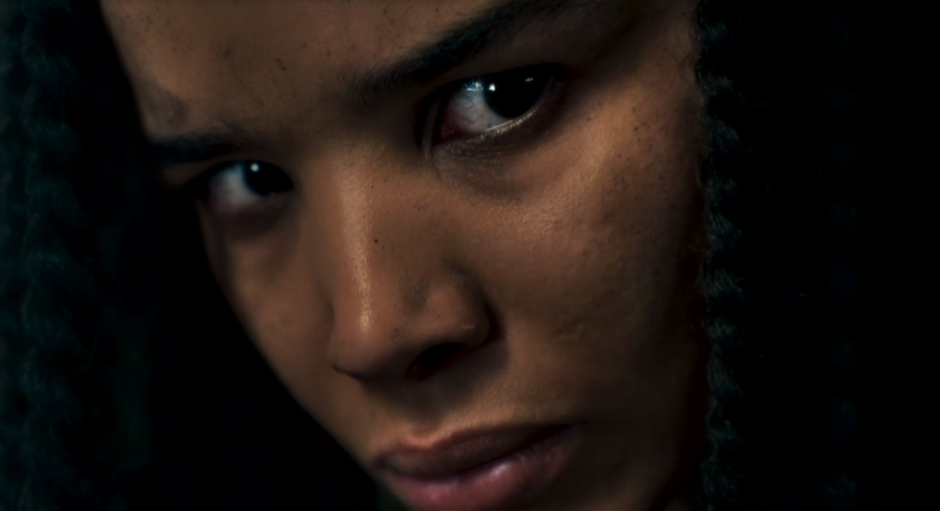 Four episodes in and the reviews are anarchy. Most of my fellow Bookwyrms are in arms ready to burn the pattern out of existence, and there are a few of us still holding on to the crumbling disks of Cuendillar. A lot of the new fans and casuals are loving it so far and nothing sets up that dynamic better than Wheel of Time episode 4, so let’s get into it.

Remember, spoilers are the delicate lace of the pattern, and I am the M’Hael casually tossing around balefire.

They haven’t named it yet, so I won’t here, but I love how they showed us the difference between the channeling of the men and the channeling of the women. It is a visceral reminder of how effective the counterstrike was. Logain Ablar in the house! Great casting here, I love how silently intense Logain is, this flashback also shows us how he was able to inspire loyalty, the man’s got bars. “There is a place at my side, even for my enemies” almost made quote of the Wheel of Time episode 4. Another side note, our first run in with male channelers (episode 1) looked very different from this. Logain is shown here, able to withstand or at least ignore & redirect the madness in his head. Sure, the voices are there whispering, but he isn’t acting on what they say. He is actively defying them and forging his own path.

Then, we are back to the present, chilling at Camp Krusty and…boom another bone thrown to the Bookwyrms. I spy with my little eye warders practicing their forms. The Bookwyrm in me thought it would have been nice to have some apprentice calling out the forms as they went through them. I think Lan was rocking with, “The Boar Rushes Down the Mountain,” but I won’t swear to it. The ultimate problem though with this scene is the same problem with the majority of this episode (specifically the camp stuff) which is that it doesn’t happen in the book. This has exasperated the great rift in The Fandom between the “Book Reading” Ajaha and the “New Fans” Ajah, and it’s getting ugly. Like trollock ugly, Gaiden Cain ugly. Like the memes have already started…ugly.

So, what do we do with that knowledge, the knowledge that sometimes the show is going to diverge from the books, in what seems to be a significant manner? Generally, when that happens, I try to look to see what they were trying to do. What were the writers and producers trying to accomplish? I want to know…was it a gratuitous side quest that had nothing to do with the book. Or was there something they wanted to show us quickly, but didn’t have 200 pages to do so? In Wheel of Time episode 4, we saw something spark between Lan and Nynaeve, we saw warders and their limitations, and we did get a quick look at Tower politics and that’s helpful; specifically, we see the tensions between the reds and the blues.

But I think the main point of this camp scene may have been the Aes Sedai shielding Logain, I’ve been wondering what they were trying to do here, and I think I’ve figured it out. Without spoiling, I think they needed this scene for Dumai’s Wells, so that event doesn’t seem like a cheap, unearned plot twist. Don’t worry if you’re confused, the Bookwyrms should know what I’m talking about. Besides giving us a preview of White Tower politics and the Lan/Nynaeve connection, I think that the shield scene may have been the entire point of our Camp Kikakee experience.

Quick Scene Switch! It’s Tinker Time! The scene with the The Tuatha’an shows us not only that different peoples and cultures exist in this world, but they have different philosophies as well. Ok, full disclosure, Aram annoys my life. I keep waiting for him to greet Egwene with a “grand rising queen.” Perrin looks like he had an epiphany when Grandma Ila asks, “Has your life been any better since you picked up that axe?” Gramma Ila got that “Iyanla, Fix My Life” energy.

We rock back over to Rand, Mat, and Thom, and we find out quickly Mat is sick. He got that omega variant of Shadar Logoth, and Mat looking real anti-vaxxer-ish right now. We also get another bone thrown to the Bookwyrms, Thom explains why he’s here. He first hung around because darkfriends were after the boys, but now he’s trying to save his nephew all over again. The story of Owen is a heart breaker, the way Thom looked anguished when he says, “He yawned and then slit his throat” still haunts me.

The scene changes back to Camp Crystal Lake! We get some insight between the relationship between warders and Aes Sedai. Nynaeve finds out the warders aren’t bellhops with a bite. They seemed honored to help and she seems surprised at the…intricacies of the relationships between warder and Aes Sedai. I saw some folks out there in the fandom in a tizzy between the relationship with the warders, but the books cover how the Greens “enjoy” their warders and there are many chapters where people in the White Tower talk about “pillowfriends.” So, all you Tucker Carlson’s out there need to calm down and switch to decaf. I like how we switch back over to Lan and Moraine, and the show doesn’t quite want us to know what to do with them. Their relationship seems intimate, which, it is. Well done, Amazon.

Back to the The Tuatha’an, and they are partying like they are hanging out with Neo and Trinity and it’s the last days of Zion. Also, Aram look like he smells like broken promises and Egyptian Musk essential oils. He looks like the cross between a hipster and a hotep. He looks like he’d ask to borrow his girlfriend’s car to go see his sneaky link. Aram irks my soul in a way no character has since Carl from The Walking Dead. He is the worst part of episode 4. His Grandma Ila on the other hand, gives a great speech that dives into and explains the “Way of the Leaf” in a beautiful way. The story about her wanting revenge on her daughters’ killers by spreading peace is one of the most asymmetrically gangster things I’ve ever heard.

Back to the farm with Gleeman and Company. Rand gets another dream, and the Burning Man is back. And boom, where is Mat? Thom and Rand run up to the house expecting the worst, and they find it. The Walton’s have been slain horribly. Mat is sitting there looking like every slasher in every slasher film ever with a blank face and all, and he delivers the chilling line, “I SEE YOU.” It legit creeped me out, and for a brief second, everyone thinks he’s talking about the daughter of the murdered farm family…but BOOM! OUT COMES THE FADE! What’s slick is I didn’t notice it on the first watch, but the Fade first appears up top in the loft and slides out a shadow right next to Thom. Another bone for the Bookwyrms.

Say what you want about Thom Merrilin, but it was ON SIGHT with that Myrddraal. No hesitation. No warm up. No monologue. Just throwing knives and bad intentions. Thom is “bout that action boss.” Listen, the end of that scene with Rand and Mat furiously riding away on horseback while the camera pans down to the doll is laying in the dirt is a great piece of camera work that is grimdark level heartbreaking, A Tar Valon mark to the person who drew that one up.

Scene change, and we are back at Camp Chippewa, Red and Green arguing about Logain. Liandrin really missed her calling as Judge Dredd. I was just waiting for Liandrin to yell out “I AM THE LAW!”.

We pivot quickly past Nynaeve and Lan having a mini-moment to our next big battle scene. I love that so far in every episode we get Nynaeve stabbing on something or someone. If Nynaeve was an unlockable character in Marvel Vs Capcom, some kid would win by spamming the “stab them” button over and over again. But one thing I noticed right before the arrows fall, we see Lan stepping in front and protecting Nynaeve. It’s subtle, but it’s there. Go re-watch it real quick starting at the 50min 7second mark.

Everyone rushes back to the cave in time to see Logain break out of his shield a second time after Kerene’s warder goes all Starlord on him, and boom goes the dynamite. Axe shrapnel with a Logain kicker should equal a TOTAL PARTY WIPE for them in Wheel of Time episode 4, but like many a D&D campaign the healer pops out of nowhere to save the day. Logain didn’t know that Nynaeve could do anything other than stab folks, so he (along with the rest of the cast) was surprised when she pulled that HEAL PARTY spell out of the bag. Let’s not forget it was her anger at seeing Lan bodybagged that set it off in the first place, but we will deal with that in the next few episodes.

Besides Nynaeve’s slice and dice instincts, let me tell you what I love most about her character. She didn’t look scared, worried, surprised, or apprehensive, not when the axe/shrapnel bomb went off, not when Lan was sitting there leaking like a used ‘98 Honda Accord, not when she force healed everyone in the room. Nynaeve looked pissed, and by the Light she does “pissed off” well. The only thing missing from the scene was her looking back at the camera and saying “That’s my secret Cap, I’m always angry.”

The rest if the Aes Sedai in the room form up like Voltron & Logain is gentled quickly after. Side Note, I’ve always wondered what being gentled or stilled looked like, because I don’t think we actually get a description in the books and it looked like a violent ripping, which seems about right. In the books, we often get “post-mortem” descriptions of listless characters afterwards, but it was cool to see this actually happen “on screen.” Liandrin looked smug afterwards, so smug, I began to wonder if this was her play all along. We end Wheel of Time episode 4 with a close up of Nynaeve doing her best Dexter Morgan impression, and I can’t wait to see what happens in episode 5.  This was clearly Nynaeve’s coming out party, but there’s always time to roll the dice.