Growing up I only got to play full Pokémon games through family or friends. I admired the game from afar but never got to do a full play-through of a classic Pokémon game*. (Outside of Pokémon XD: Gale of Darkness on the Gamecube the true underrated classic.) Honestly, I was floored to see of my favorite video game franchises and my deep love for open world games is finally being merged together. They gave us all of the previews but honestly, it still didn’t prepare me for the immersive experience this game had to offer.

Pokémon Legends: Arceus is the power house we all wished it would be and more. If you’re looking for a game that gives you an equal amount of stress and relaxation Pokémon Legends: Arceus is for you. One minute you’re hiding in the grass trying to throw Pokéballs at Bidoofs, next minute you’re running away from a swarm of Paras that always wants the sauce. When I first sprawled across the field, I thought it was pretty barren. Some Bidoofs, a couple of Starly, in the first few minutes I thought they fumbled the bag. But I was wrong. Pokémon Legends: Arceus slowly reels you in and gives you the opportunity to run into Pokémon of almost any level. Sometimes they chase you in the middle of the night, sometimes they’re tame and watch from a safe distance. But one thing’s certain, you’re a Survey Corps child prodigy, you must earn your keep, or they’ll throw you into the woods to die.

*I don’t think that can happen to anyone during their play through, but they make that very clear every time you seem hesitant in your answer.

Prepared to Feed You to the Bidoofs

One of my favorite parts about Pokémon Legends: Arceus is the absolute savagery. Savagery with the Pokémon is a given, but savagery with the NPCs? That’s an exceptional level. You have a man teaching you how to pack your bag, and there is no (currently identified) price cap. You can essentially go to him, pay wads of cash just to learn how to fit ONE more item in your satchel. Which when you think about it, is nuts because how can you fit 20 stones, 20 berries 50 Pokéballs and a bunch of mushroom cakes in a tiny satchel? First of all, that’s sorcery, that man is magical. Second, he’s magical and taking all of your money. That whole satchel situation is a lesson on “Do I really need that?” And the answer is no. Capitalism is the enemy, you won’t take another cent from me SATCHEL BOB! * (Take all of my money, I don’t wanna throw away my precious berries.)

In Pokémon Legends: Arceus, the flip on “boss battles” became an unexpected star. Pokémon games usually feature gym battles as major points of transition in the story where you can mark your progress. This time we are facing Pokémon head on. It essentially feels like mini legendary battles without being able to catch them. You’re just out here throwing balms filled with their favorite food to calm them down. On one hand, same. But also, the fact that the Pokemon are aiming AT YOU. In the other games, they’re respectful. Pokemon versus Pokemon. Here? They are menacing and want to kill you. But you know it’s understandable, you’re grumpy, you’re glowing, and you want to be alone. I feel that on a personal level.

Pokémon Legends: Arceus allows you to explore various terrains and see Pokémon in their habitat, but one thing I wish they did was incorporate some of the elements from Pokèmon Snap. In Pokémon Snap, we got to see Pokémon interact with one another, but we don’t see that at all in the game. Like yes what a cute bunch of Chimchars gathered together, but they do nothing really except walk around and sleep. They don’t even interact with each other really. That’s one aspect that would’ve truly enhanced the experience. Like you really mean to tell me that a pack of Growlithe’s ain’t *tussling with each other across a field?

(Using flamethrower on another Pokémon to have lunch. In all, it’s still very hard to believe Pokémon don’t eat each other, but I digress)

The art style of Pokémon Legends: Arceus definitely left room for the imagination. We all expected this during the previews, but there were still some kinks that went unsolved. Outside of grass that barely blows in the wind, in dark areas like caves weird outlines would show up around the character. It feels like the developers put a lot of energy into how the moves look, and how to battle sequences are portrayed but not necessarily enough in the lifestyle of the Pokémon and the environment. It was too minimalistic for such a flashy game.

A Lesson for Old Fans

One thing I need old fans of Pokémon to understand is that this game is nothing like the previous games. I don’t know how humans in general slowly domesticated Pokémon over the generations, but these are their ancestors okay. Pokémon here are equipped with violence. They will come after you. You can move around and actually get hit and fall over. Personally, I don’t know how you survive after a murderous balloon uses psychic on you but, go off sis. I had an Alpha Machoke chase me down beachside, and not in like a dreamy 90s Baywatch kind of way. More like it’s trying to crush my bones and turn it into protein powder.

Truthfully, if you’re not running and screaming for most of the game, you’re not becoming fully immersed in the experience. I desperately want everyone to play Pokémon Legends: Arceus, because it gives you all the love Pokémon fans gave over these generations. So go ahead throw that ball of mud at the alpha Garchomp, chase down that Gyarados then run away, you deserve all the thrill this game has to offer. 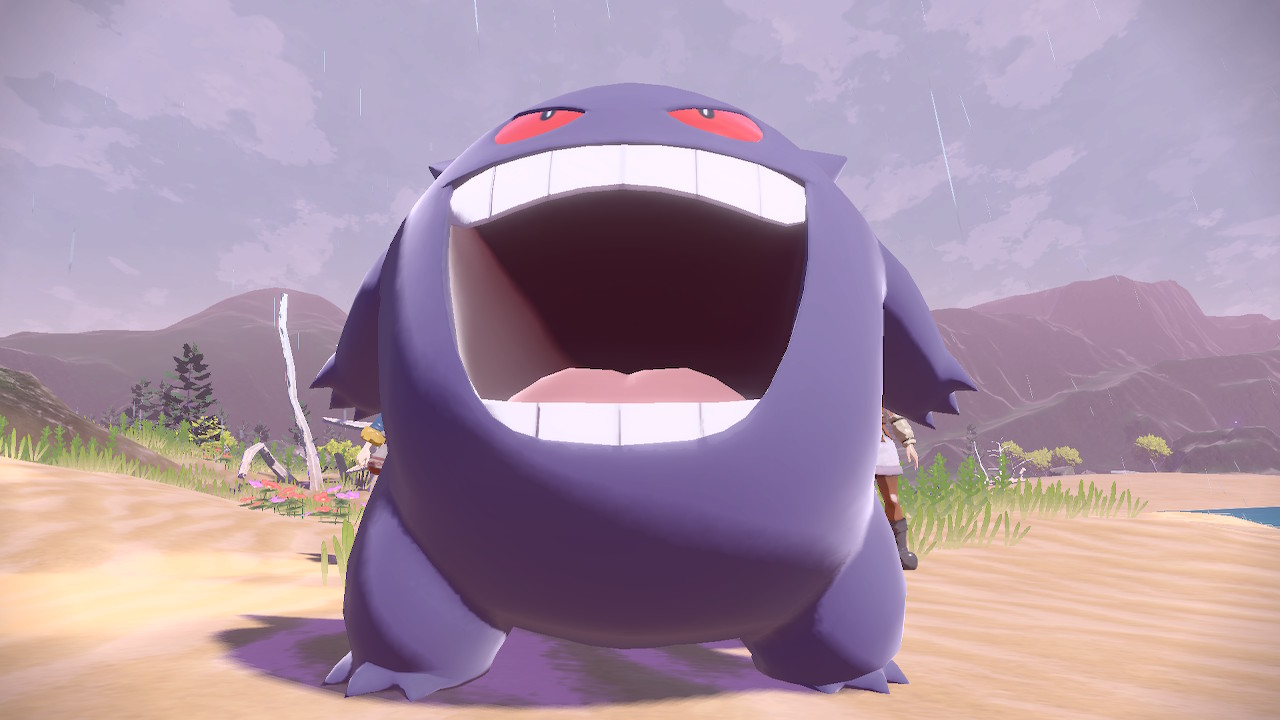