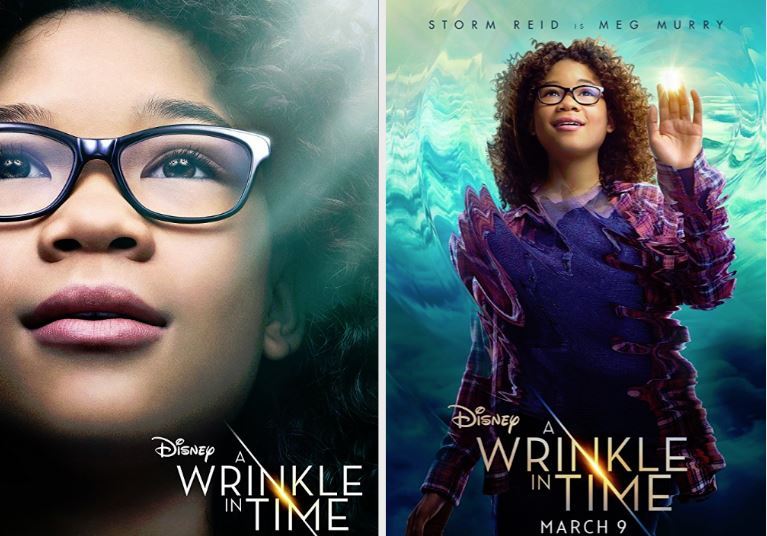 Get Inspired, Get Seen: Why I Needed ‘A Wrinkle In Time’

When buying movie tickets for A Wrinkle in Time for my mom and I, I feared I might be too far removed from the book I loved once to open my heart to the film adaptation. Am I too old, too jaded to receive whatever the message would be? I read the book when I was in the fourth or fifth grade and loved it. Had I changed?

I need you to know that I cried throughout this whole, entire film. From wiping away a few silent tears to openly sobbing into my sweatshirt, hoping no one noticed me. Why the waterworks? I kept seeing myself in Meg Murray again and again, scene after scene.

This was the movie I needed. **Details about the movie follow**

Teenager Meg is living her days with a father who is gone, disappeared. She rebuffs the cruelties of her peers and adults alike who comment on and mock her and her broken family. There is trauma present in Meg, in her life at home, and it manifests and takes root, lingering.

Every time the group “tessers” or moves to new place with untold miles between them, everyone else makes the transition fine. Meg is the only one disoriented. Making transitions is difficult, painful even for our girl. Traumas that aren’t dealt with come back to us, don’t they?

With her heart on her sleeve, Meg tells Mrs. Which that she wishes she could come back as someone else, not herself. Mrs. Which softens—Meg is a girl without confidence. Meg is me. I’ve jokingly been known to say that my mom is my biggest cheerleader, that even when I don’t believe in myself, she does. It is a sweet sentiment, yet it also pokes me in the side and reminds every time that I have to do better. I have to be my own cheerleader.

In the lair of the Happy Medium, when joined in a circle with the Mrs. and her friends balancing on uneven rocky terrain, Meg is the one who disrupts the process of seeking out her father. It’s too painful, it’s too fresh, it’s too deep. Meg cries out and apologizes. She can’t do it. She doesn’t even have faith in herself to try. In every hero’s story, there is doubt, a moment of failure, and Meg’s story is full of them. She wears doubt like a second skin. Mistrust is the clasp on her cloak made of fear. 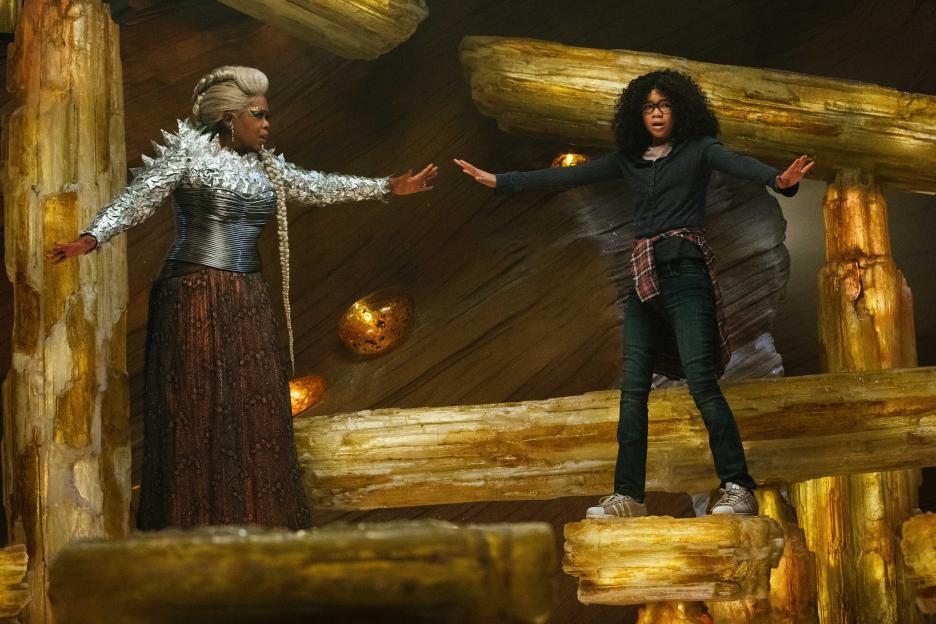 “The only thing faster than light is the darkness” is a foreboding line that links the audience to a visual of the evil, “The It”, the great sprawling ball of darkness that spreads across possibly all galaxies and has infected Earth. [I think of all the times I was Meg.] When I read that director Ryan Coogler hadn’t thought he’d live to see the age he is now, I nodded in agreement. I’m just shy of seeing my 30th birthday and I’m amazed that I made it this far. I, like many of you, have struggled with depression. I also acknowledge that I’ve seen a lot of lights go out before their time.

From seeing classmates never come back to school and staring at their empty seats, to seeing the light in people’s eyes go out from being ridden too hard, having too much wear and tear from life, to where they just unraveled. I’ve seen some darkness in my lifetime, and I carry some generational strife. I’ve sat in rooms behind closed doors where my candle would go out and I didn’t have it in me to light it back up again. Yet someone did help me rekindle my light and keep it lit enough to where I would make some effort to try most days.

There are so many times in the film where Meg is confronted and she falters. She loses her balance, she trips, she hesitates, she falls. There is great tragedy in Meg’s story yet later there comes triumph.

I like to think of something Mrs. Whatsit quotes to her, a line by Rumi, I believe: “The wound is the place where the Light enters you.” It is early in the film and doesn’t hold a lot of weight with Meg or the audience at that point. Yet it is a bold, affirming line that stayed with me throughout my viewing. Some part of the healing starts with us. Some part of the healing starts with the acknowledgment of our hurts, of our faults, of our weary, awful, loud, parts of us that we think unlovable, unwanted by anyone.

Have you heard some variation of the line: No one can love you until you love yourself? For years I’ve heard that touted as scripture, many times from women to other women. For years, I’ve just nodded and repeated it, always just a tab bit uncomfortably. It’s possible to be a work in progress, isn’t it? It’s possible to be a Meg Murray, struggling to get it together and love yourself past your teenage years. Past your twenties. And so on. My mom saw herself on the screen. As did I. This is not and cannot be an anomaly. So many of you, especially other women, saw yourself in Meg Murray too.

Finally, Meg fights the vile It that has possessed her little brother, the little brother she refused to leave behind. She shouts, reminding him that he loves her. She names all the little ways he proves it: making sure she has warm milk to drink on nights she has nightmares, lovingly pestering her at recess, telling her that she’s brilliant when she’s surrounded by those who don’t see her spark, wanting to go on this adventure to bring their father home because he knows in his hearts of hearts that it will make her happy, and her being happy will make him happy.

At the climax of the fight, she has to face the darkness inside herself. She knows that she is flawed but also that she deserves to be loved and that he loves her and she loves him. That breaks the spell that holds boy genius, Charles-Wallace, the little boy that loves his big sister, Meg.

There’s some part of me that thinks that whole scene and the buildup to it was too long, but that moment stays with me. It makes me think of being difficult and being difficult to love. I rise each day attempting to love myself knowing that I love others almost automatically. I will go out and nurture others before I tend to myself. Find me in someone else’s garden making things grow and not paying attention to traumas hidden in the dirt that I don’t want to face. Meg finally acknowledging in the end, in the darkness, being pulled apart, with no one behind her encouraging her, that she deserves to be loved was a lovely thing. It hit home for me. It hit home for my mom. Maybe, just maybe, it hit home for you.

After Meg succeeds in freeing her brother Charles, they are reunited with the three Mrs.
Mrs. Which directs Meg to tesser them home. Meg, Meg Murray of all people. Meg, who doubted and squinted and didn’t have vision or courage or couldn’t even be a passenger on a tesser trip without incredible bouts of pain is going to bring us all home? Bet.

The visuals are glorious as Meg steps out on faith, opens up her heart, and radiates power and purpose as brightly colored golden streams wrap around her and bring her home. Her arms are out, her expression is sure when she commands time and space to move and then finds herself in her own backyard at home. What a glorious homecoming of a girl who did it, who saved the day, who became the warrior she needed to be for herself, her family and everyone else. I needed to see her win. I needed to see her get home. I needed to see her believe in herself. Through all my tears at different parts of the film, I needed to see this.

I’m not going to fight you if you didn’t care for this film. I’m not going to chastise you if you hated it. I’m not going to stomp my feet at your less than favorable review of it. It did do something superb for me. A Wrinkle in Time, first and foremost, allowed me to see myself on screen, something that doesn’t happen often. Black girls don’t often get to be the hero, the one to overcome tragedy and trauma and win.

Whether that be as children, as adolescents, as adults, it is my sincere hope that we all find what we need, find that light and get to be where we need to be. Should you go watch A Wrinkle in Time? You should. I surely feel inspired. I surely feel seen. I surely feel ready to defeat the darkness I encounter and be a warrior when I need to be.