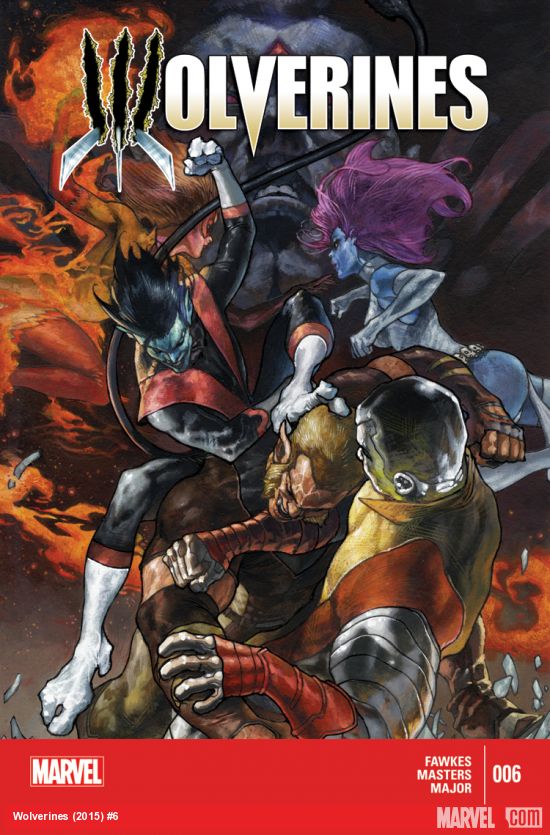 This was on a whole new level from the rest of the series. Finally, an action-issue; an issue that took place over the course of maybe ten minutes of fast-paced dialogue, threats, and escapes. This was that issue. Up to this point the best single issue was Wolverines #3, highlighting our girl Fantomelle and showing her in action while offering a glimpse into her backstory (a short backstory because, well, she’s technically only about 6 months old). But issue #3 was just sparring – Wolverines #6 was a real fight. 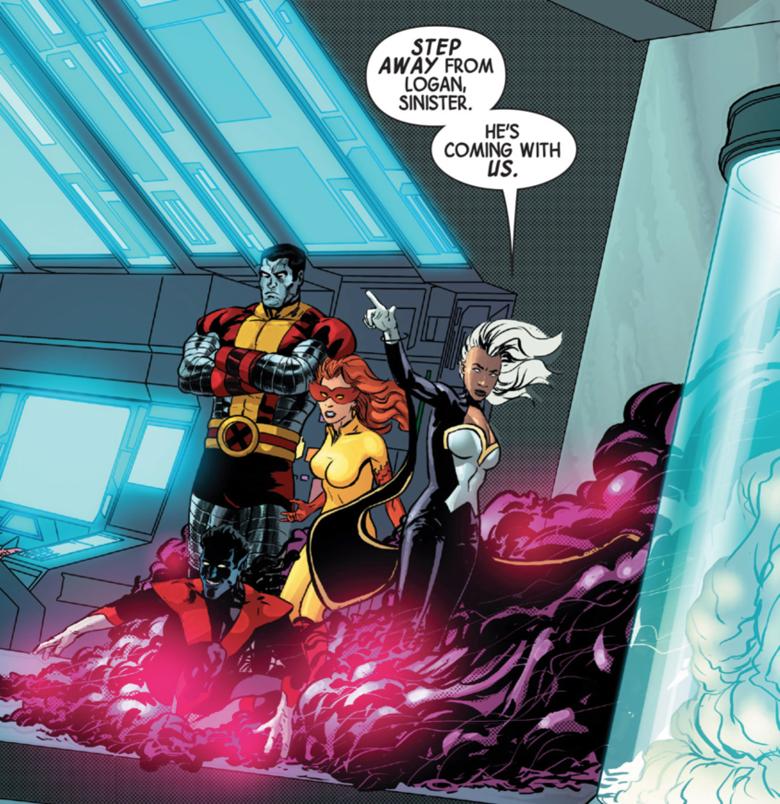 We left off with Sinister presiding over Wolverine’s dead body, preparing to bring him back to life. Fantomelle and Culpepper were hiding in a nearby vent, peering in and deciding their next move, when Bamf! Who appears, but Storm, Nightcrawler, and the X-Men. That’s when Storm starts talking that talk and handing out warnings: “Step away from Logan, Sinister. He’s coming with us.”

I can’t help but flash back to issue #4 when Neuro and Mystique were discussing just how dangerous Sinister is:

“We’ll never get into one of his fortresses uninvited. Not if we want to survive to ever see the open air again. I’ve heard of people trying to mess with him who end up dead ten years previous… You make one misstep… and you will find yourself facing off against your worst nightmare.” –Mystique, January 2015

Now come back to Storm pointing a finger and looking at Sinister straight through his pupils to the depths of his soul:

She started the countdown like your mom did when she was through playing. No “one and a half, one and three quarters,” she counted those strikes and went 0-100 real quick. Storm got flying, Nightcrawler got teleporting, and Colossus and Sabretooth squared toe-to-toe like Rocky IV when Balboa got in the ring against Ivan Drago and dude was like “I must break you,” and Rocky said “Go for it.” All the while Fantomelle and Culpepper were steady mobbin’ through the fortress, leaping through dimensions and stealing Wolverine’s corpse.

At one point Sinister tries to reason with Storm, like “You don’t even know what I’m doing, I’m trying to h—” and Storm is like “Shhh. Shhhhhhhhhh, I will murder you.” 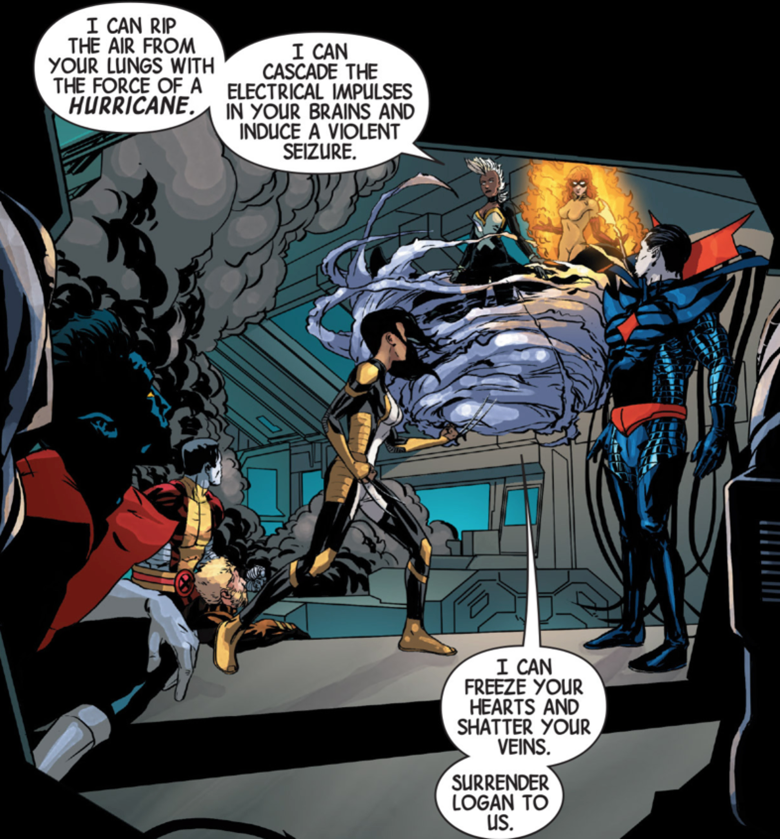 The scenes break to Neuro and Ogun now and then, just to remind readers how useless they are. At first they only frustrated me, but in an issue like this they were just enough lameness to remind you how much fun you’re having with the other characters. It’s like cooking a bad meal but then remembering to be thankful for the fact you have food at home. The Paradise characters are like adding perspective to your comic book world – they remind you to be grateful.


[divider type=”space_thin”]
Overall, Wolverines #6 was the most fun I’ve had in this series since Fantomelle’s premiere. The action was fun, and the heist aspect made it even better as Fantomelle steers through the chaos to get her thrill. The brief exchange with her and Nightcrawler would’ve made the issue worth reading in itself – same with Lady Deathstrike losing her temper on a corpse and going H.A.M. on a limp body like an alley scene in a 90s gangster movie. Not sure if the series can keep up like this, but if I have an issue like Wolverines #6 every few weeks I’m happy to stay on this ride.