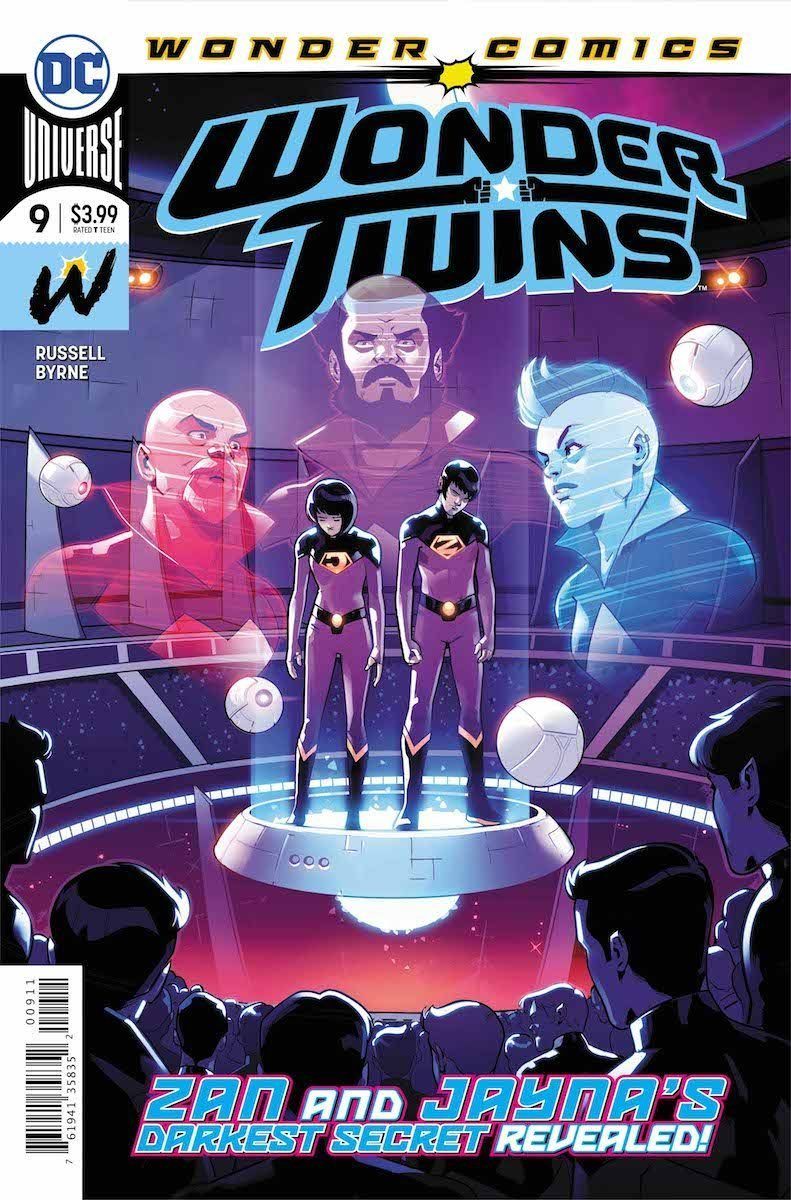 Many of the previous issues have featured a bevy of funny panels and one liners, but issue #9 is a tense one. After that hilarious take on the dreaded High School Reunion, Mark Russell put Zan and Jayna through the ringer as they struggle with their new roommate as well as opening up about the dark secret they’ve been holding onto for most of their life. On the villain front, we have another plot unfolding where technology could be the ruin of man. But the start of the issue features Stephen Byrne drawing peak Batman and Superman tag team, refugee rescuing action. 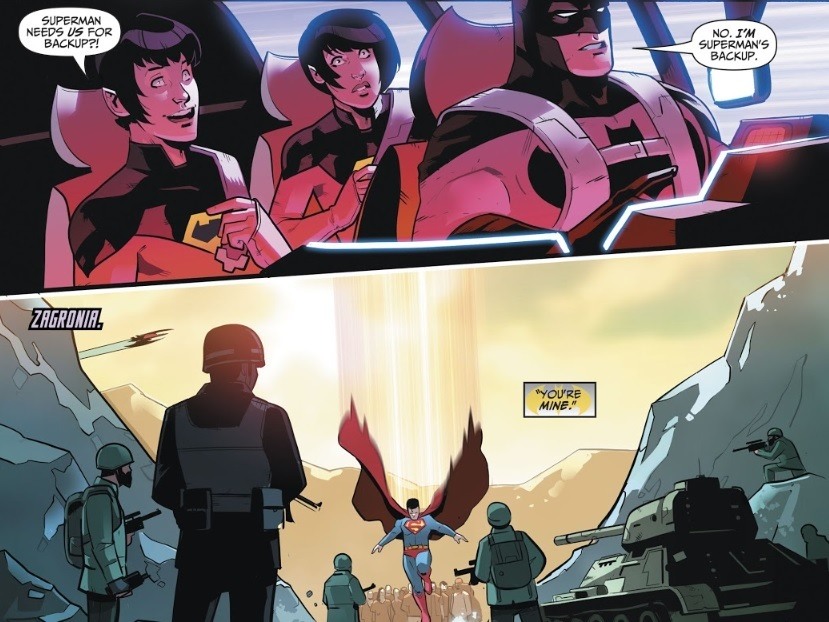 I don’t know how much inspiration Russell and Byrne took from the current Mexican border debacle, but the parallels are evident and comparisons are inevitable. A group of people being held against their will, stemming from a long and tumultuous history between the two? Yeah, we call that glaring. Now, I don’t really understand the Zagronians trying to bringeth the smoke to Superman with one whole Kryponite shell, but it was delightful to see them get dealt with accordingly.

Back at home, Polly is taken in by Jayna while Zan lives his best Three’s Company life. Thing is, Polly fresh out of Juvie and still a savage. She isn’t afraid to let the twins know how she really feels and low key beasts on them after getting saved from a one way to ticket back to the school to prison pipeline. After her evil sidekick stunt with the Scrambler, I fully expected her to be rotting in a cell so Mark Russell could continue his literary assault on American dealings with criminals. Instead it falls on the shoulders of the young Exxorians to show her what friendship is all about.

Issue #9 of Wonder Twins is also a deep dive into the mindset of those who struggle with the colloquial ‘Sins of the father’. Jayna and Zan never knew their grandfather, but as they grasp for a connection to their hostile new housemate, we are enlightened to the exact reason why their bond with grandpa never formed. In the end, Polly has no other option but to see eye to eye with the twins, especially after they reveal how they can get Polly’s father, Filo Math, back from his indefinite imprisonment.

Wonder Twins continues to be one of the best written and most relevant DC books on the market. I have seen Byrne get better with each book that he draws and continuously flex his artistry when the twins activate their powers and transform into something dope. Originally slated for a 12 issue run, I find myself holding out for an extension on that number because Bendis make the right call bringing these characters back to prominence. You will always crack up at high school humor because most can relate to it, but will often find yourself thinking more critically than expected. Wonder Twins #9 leans more heavily on the latter, and I’m so grateful that Mark Russell knows how to properly use Superman for these tough conversations that usually result in a realistic, yet optimistic hero outlook.