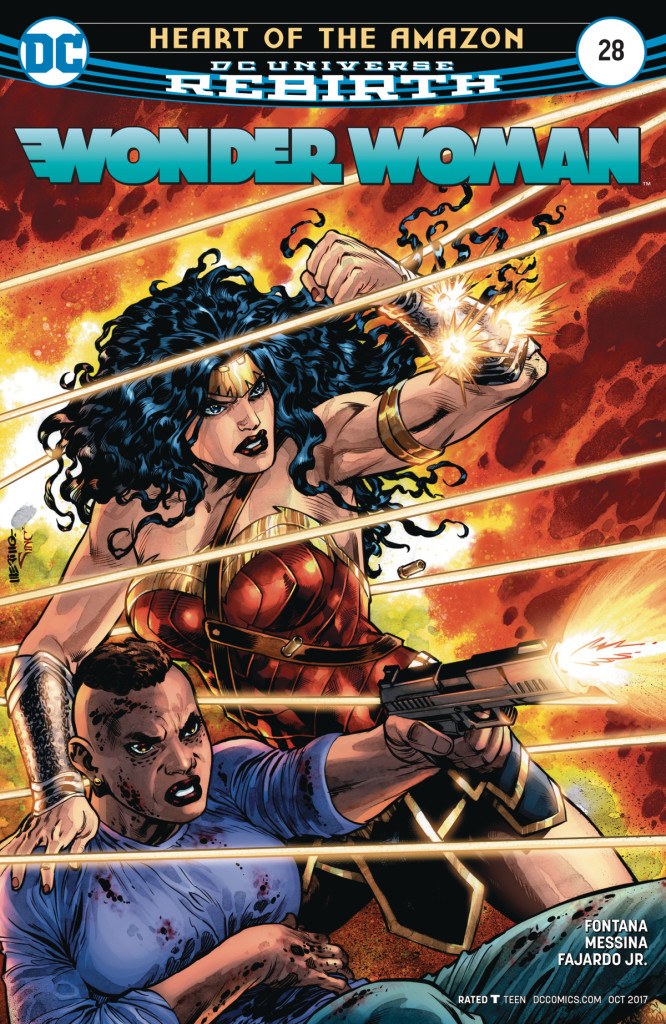 Wonder Woman plays caretaker to Etta Candy as she recovers from her wounds this week. There’s a funny scene of Diana signing papers to release Etta into her care and the nurses interpreting her last name as “of Themyscira”. Diana realizing the mortality of her friends and that she will more than likely outlive them becomes a quick harsh reality. When this is confided in Etta our hero’s vulnerable moment is disrupted by a would be assassin. A painstakingly tactical one at that, who informs Diana that there’s a price on her head.

The art for this issue is smooth and paints both Diana and Etta in a harder battle ready tone. Where Wonder Woman flourishes in battle, we are given reminders of why Etta Candy has earned such a high ranking military title through close ups of her marksmanship. I liked the assassin that appeared to take out Diana but she’s easily tossed to the side to never be heard from again more than likely. I’m hoping I’m wrong because her design was pretty sleek and a good contrast for the usual villains of Diana.

We’re getting Wonder Woman out on the lamb with Etta Candy. We’ve yet to see Diana in a buddy cop theme role with Etta Candy. Now that we are seeing this occur between the duo, it feels as if we can rejoice at yet another dynamic to explore between Diana and her supporting cast.

8 Grosse Point Blanks out of 10