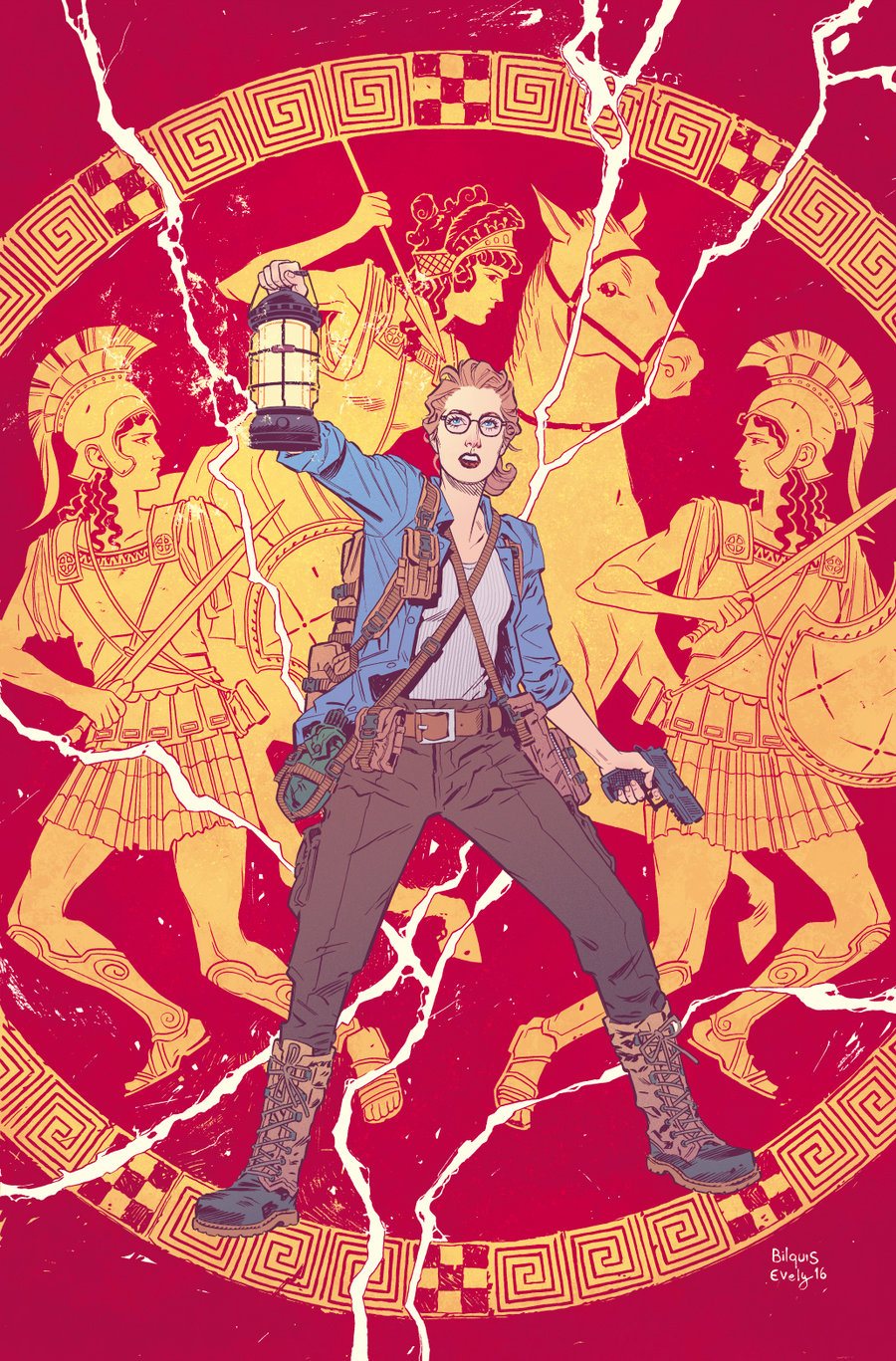 Who knew that we all secretly desired an intimate look into the life of the notorious Cheetah? Normally when a story shifts into the background of a supporting character I take it as a sign of laziness or a lack of creativity on the author’s part, a sort of obvious filler while they stretch out the drama of the main storyline. Yet somehow in this issue watching a young Barbara Ann Minerva grow from an adventurous and imaginative little girl into a fiercely determined and genius archaeologist feels completely natural, an almost necessary course given the dramatic and emotional intensity of our last few issues. 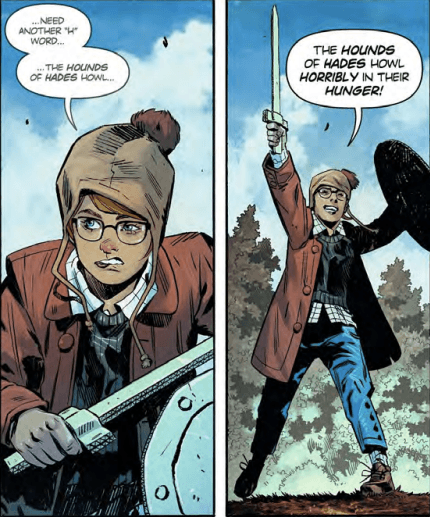 What strikes me most about Barbara Ann’s past is how familiar it seems. For one, there’s the obvious comparison to Dr. Harleen Quinzel; both are brilliant blonde women (Harley’s depends on the story, of course) forced to repress their sense of wonder and freedom until they encounter an abusive male figure who offers them power and companionship in exchange for their devotion. But looking deeper even more evident lies the parallel between Diana and Barbara Ann. Both women are searching for a world beyond their own, forbidden and legendary, and yet as the brightest and best of their respective peers they both manage to pursue their goals. But at what cost? In this twisted narrative where memories can’t be trusted, the loss of Themyscira leaves both Barbara Ann and Diana without an emotiobal compass or direction. You can see these themes repeated visually as at one point as Barbara Ann even holds a map to the stars in reflection of the same action by Diana in issue #2. The tragedy of their initial clash isn’t Barbara Ann’s desperation contrasted with Diana’s soft empathy, but that both women are seeking a sisterhood that at that moment can only be understood in one another.

Naturally, as a visual art form this comic couldn’t convey half the feeling without a talented illustrator and Bilquis Evely’s art is an excellent pairing with the nostalgia-tinged tale Rucka has written this issue. My favorite panel in particular is above of Barbara Ann charging fearlessly with sword drawn; something about the composition here feels like the picture that would go alongside a children’s adventure book, and I really enjoy the idea of Wonder Woman stories fitting into that genre. Even the cover feels very much like homage to Nancy Drew, giving us a more innocent and naive Barbara Ann to juxtapose with the savage woman she will be cursed to become. The fact that these cheerful girlhood nods get swallowed be a darker palette and harder lines is the kind of subtlety that separates an enthusiast from a master, so I truly hope we get a chance to see more of Evely’s impressive work.

Honestly, I’d never thought I’d say this, but I could easily become invested in a series based around the Cheetah’s origin and her eventual evolution into a villainess with barely a cameo from Diana, that’s how compelling Rucka has made her. I continue to be pleasantly surprised by the fresh perspectives this series has to offer when another creator may have hit a rut and I’m excited to see what else may be revealed and revitalized down the road.