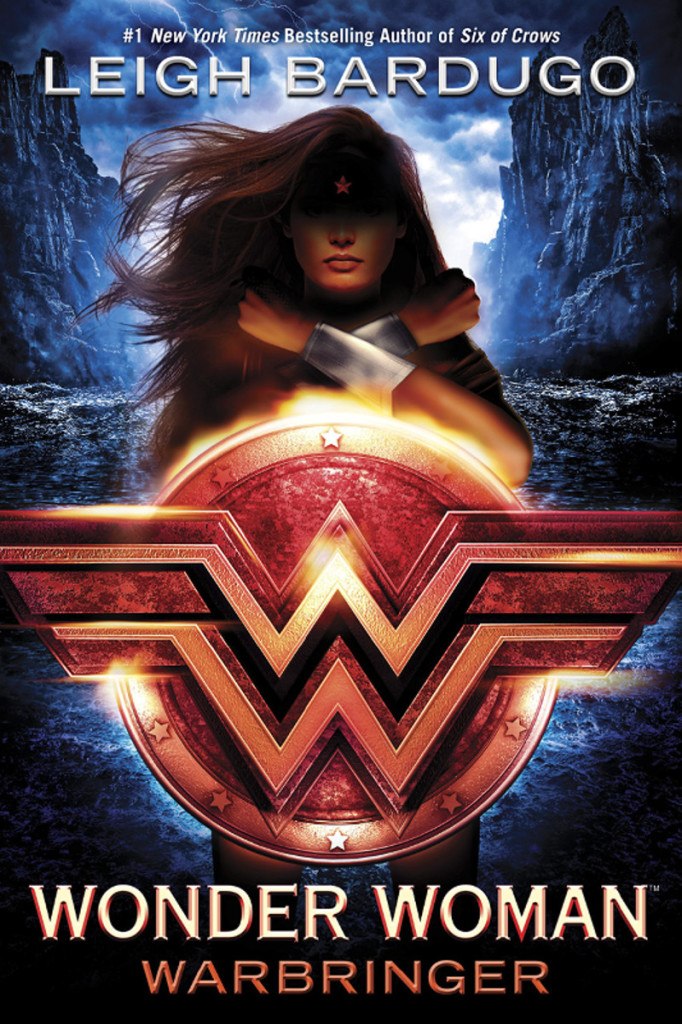 [divider type=”space_thin”]
On August 29th, Random House Teens and DC are blessing us with Wonder Woman: Warbringer, the Wonder Woman story Black women deserve. Leigh Bardugo lays out a visceral adventure story centering exactly who a Wonder Woman story should: WOMEN. Don’t come looking for Steve Trevor, that dude’s in another castle. Seriously, he ain’t here so if that’s what you want, please move around. If you think YA is beneath you, you’re elitist and please move around. If you just can’t see it for Alia, Warbringer’s Black girl secondary protagonist, why are you even on this website and PLEASE move around. For everybody else, when EYE tell you Bardugo has BARS! I devoured this book. Like reading while walking, couldn’t put it down, not now babe I gotta finish this chapter devoured. Take a walk with me, if you will.

Warbringer follows a 16-year-old Diana and Alia, the mortal girl she rescues just off the shores of Themyscira. But because Bardugo isn’t for making plot conflicts easy, potential exile isn’t even the worst part of this deal. Turns out Alia is a haptandra, a descendant of legendary instigator Helen of Troy destined to bring destruction wherever she goes. The only options to avoid another global war are death (for Alia) or an epic quest (for both of them). And you know what that means? GIRLS’ TRIP! But without the drinking because they’re underage. Also, no mentions of grapefruiting because that’s an advanced technique and if you don’t know what I’m talking about, don’t worry (and Do Not Google it, trust me. I said DON’T GOOGLE IT!).

Okay, so out the gate Bardugo gives us the best version of Themyscira. The diverse landscape is painted in vivid prose without lingering. You can feel the heat of the sun and smell the ocean breeze without naming every rock and tree and creature. But most importantly and best of all, Bardugo’s Themyscira has women of color with names and personalities and histories and beliefs and actual lines of dialogue. We also get my favorite Amazonian origin story: the island was created as a safe haven by Hera, Athena, Aphrodite, Demeter, Artemis, and Hestia. Any woman who calls out to her goddess when she dies in battle is reborn as an Amazon. Emphasis on HER goddess so Oya, Rani, Yael, and even Mary (who’s not a goddess but shout out to Christian Amazons) count. There’s no Phillipus (sad face) but we get Tekmessa, a Black woman and Queen Hippolyta’s right hand and best friend. Diana even gets her own bestie in Maeve, an Amazon who died during the Irish War of Independence. And, thankfully, Diana’s time off the island doesn’t turn into a complete sausage fest. 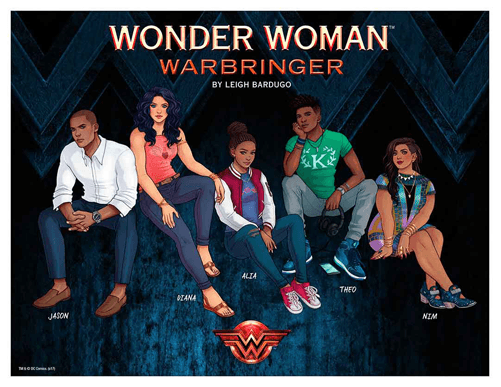 Look at these BEAUTIFUL CHILDREN! *sobs in Black girl*

Diana spends the majority of the book with Alia Keralis, fashionista and Jill-of-All-Trades Poornima “Nim” Chaudhary, tech genius cutie Theo Santos, and super-overprotective hot brother Jason Keralis. And they’re all people of color who are beautifully fleshed out and recognizable real people. Alia and Nim sound like teenage girls and tackle problems the way teenagers do. Diana strikes a perfect blend between youthful overconfidence, sheltered inexperience, and theoretical knowledge without sounding like Tom Hanks from Big or Brendan Frasier from Encino Man. We get the usual “An island of all women?? But how do you do The Sex?” talk but this time from the female POV. It’s refreshing to have the “Are y’all all lesbians or nah?” talk without the titillation factor because that’s exhausting. And while the book makes it obvious that Diana is really, really, really, ridiculously good looking it mostly comes from Alia, who identifies as straight (and is envious but not hateful), and from Nim, who identifies as queer (and is lustful but not over the top). This Diana is also just coming into her powers, which gives a tension to boss battles we don’t always get to see because Wonder Woman can do all the things ever. And given what we know about adult Diana, this book will still have you on the edge of your seat. Like at one point I had to put it down and take a walk because I was so caught up in my feelings. Lawd.

Overall, Wonder Woman: Warbringer is a book written with love for both Wonder Woman and the original characters. Bardugo, a white writer, puts clear care and effort into writing Alia, Nim, Theo, and Jason and the reality of how they experience the world as people of color. They’re neither tokenized nor incidentally Black, Southeast Asian, or Afro-Latino and it’s a beautiful thing to see recognizable people alongside my favorite superhero. The prose is delicious, the world is not exclusively white, and the story is gloriously female-driven. It’s everything I wanted in a Wonder Woman story and one every fan of the Amazon needs to have on their shelf.

10 Neil deGrasse Tyson Cameos out of 10
Want more of our recommended books in 2017? Here’s the BNPTo Read List for 2017! There’s plenty of time to get these books.