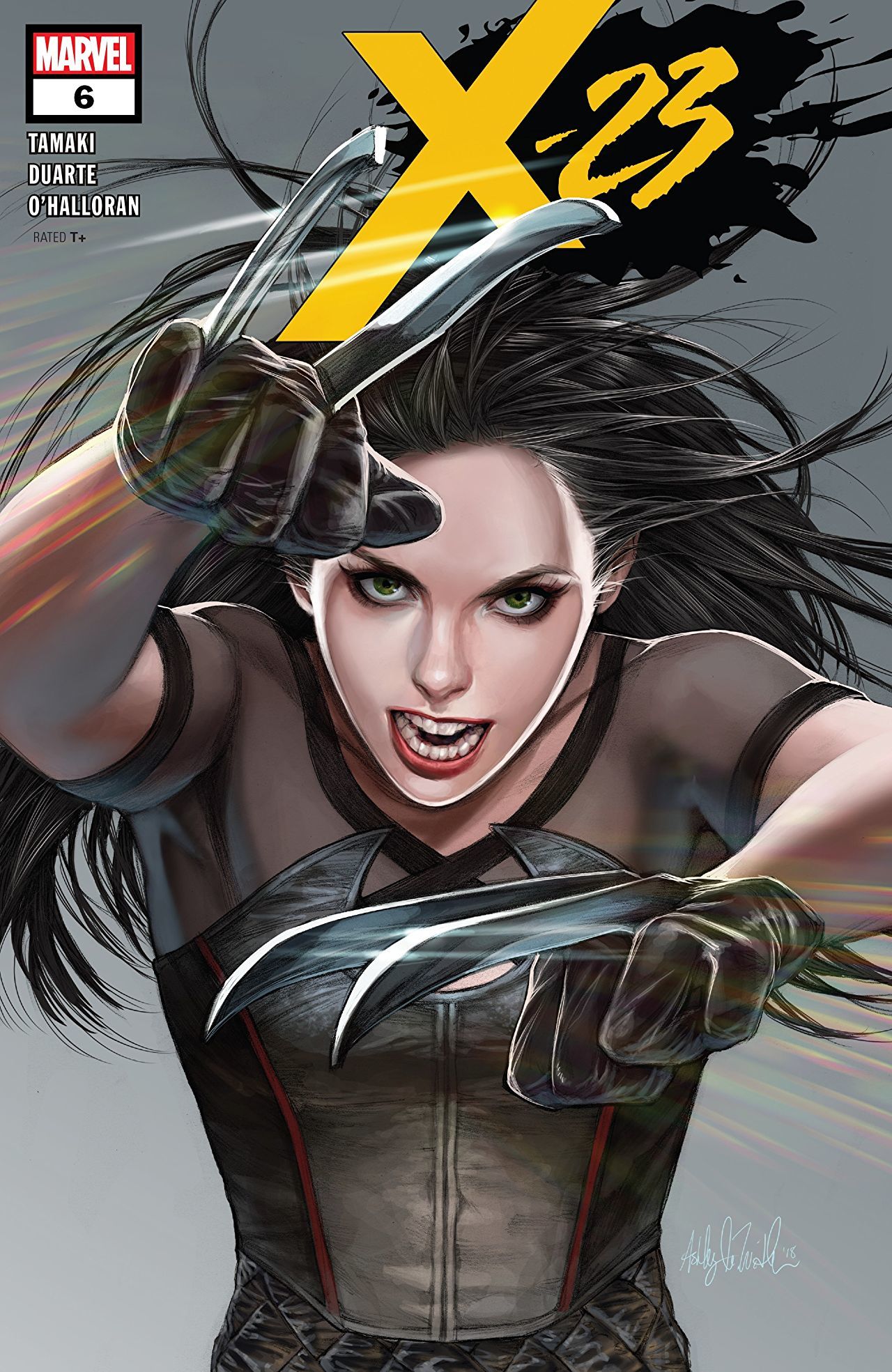 With homicidal telepathic cloned sisters behind them, it’s time for Laura and Gabby to get back to business as usual – tracking down one evil clone scientist at a time. If we are going to be real here, X-23 #6 is nothing more than a filler issue after the Stepford Cuckoos arc. However, it more than makes up for it by being a lighthearted adventure featuring Laura and Gabby in some pretty ridiculous roles. Also, more Gabby so yay!!! 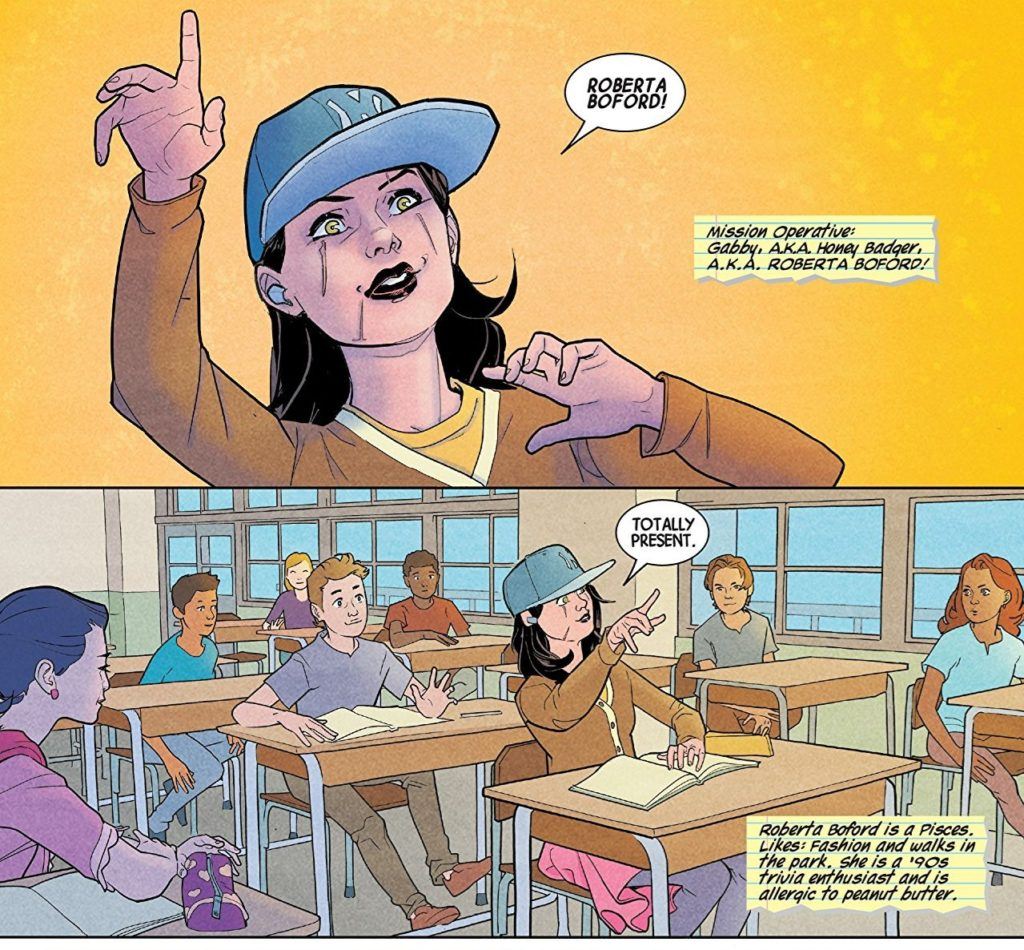 After a tip from Beast about a suspected evil scientist working out of a high school, Laura and Gabby go undercover to flush them out. Unsurprisingly, Gabby drives right into her role as a 90’s loving, fashion obsessed high schooler. This is expected and it’s Gabby at her peak ridiculousness. Did, I mention I how much I miss this girl?

What is surprising is Laura fully jumping right into the role of Gym Teacher, which I found more hilarious than I should have. It’s funny to see her become so invested in her undercover persona. Apparently, drill Sargent and gym teacher are interchangeable. She also appears to enjoy playing the part far more than she should. 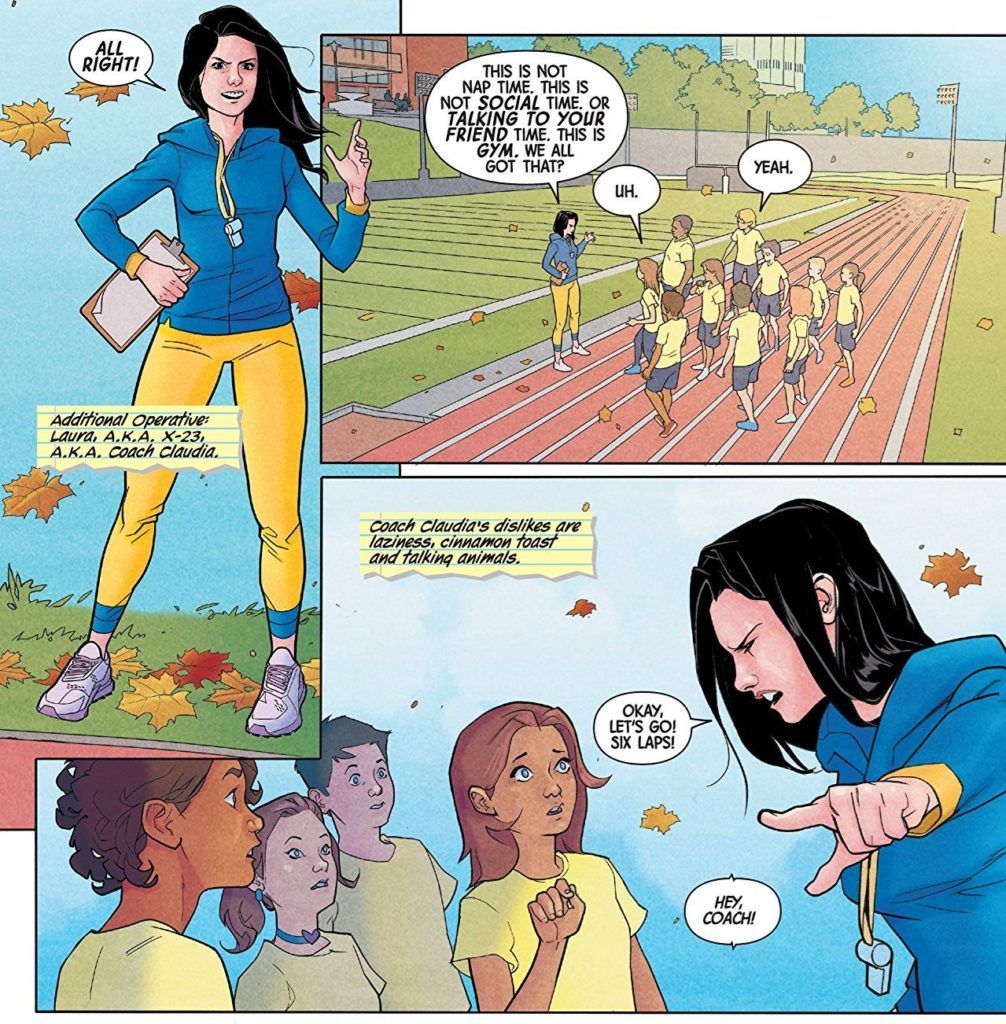 Other than a few good laughs, the plot is pretty much by the numbers. The readers are given an obvious red herring and the real villain reveals themselves in a spectacularly mustache twirling way. While I wasn’t really impressed with the issue’s villain in any way, at least it gave us some fun clone sisters vs robot action. Not a lot of it makes sense but it’s enough to look past why a high school never noticed an evil scientist working from their school.

Still, the predictable plot doesn’t stop the issue from being enjoyable. It’s mindless superhero action at its best and a fun little distraction until the plot comes right back around. If anything, readers should pick this issue up just for the Gabby quotes alone – always golden.