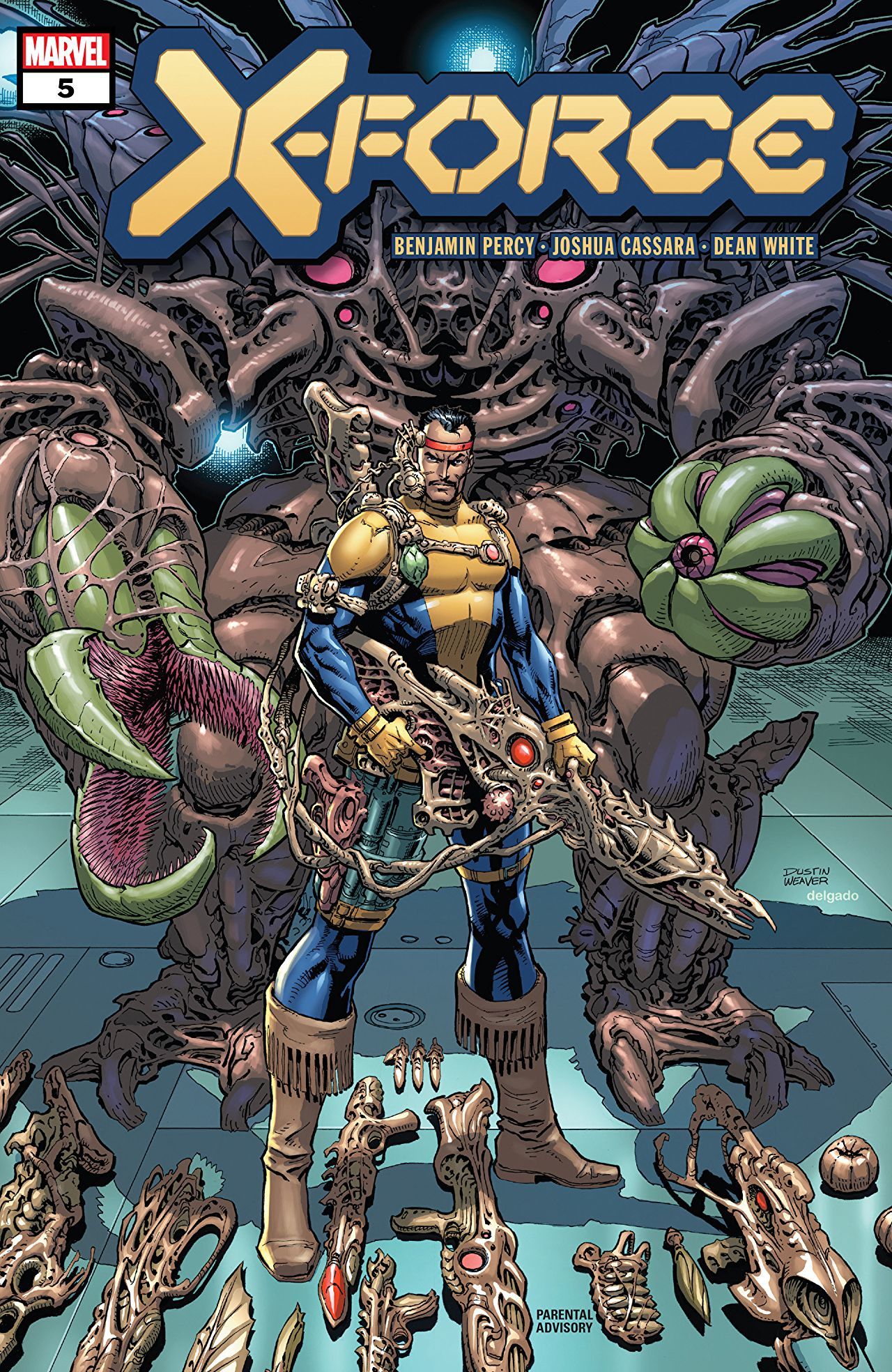 About a week or two ago, I told people that Krokoa has a really loose interpretation of its “Murder No Man” law. I’ve had people argue semantics with me that the X-Men haven’t really murdered any humans. However, last I checked, Logan alone has murdered several scientists in a space station, a few lab-grown super soldiers, and a couple of mercs for good measure. Gorgon chopped off of few limbs last week, and let’s be honest, half of those assassins aren’t going to make the trip home. Lastly, Domino is out for blood after getting skinned alive. Sabertooth is itching in his Krokoan grave

Anyway, even cut in half and thousands of miles apart, X-Force ain’t nothing to fuck with. Did we honestly think being cut in half would stop Wolverine from catching a few bodies? And after the torture of Domino in the worst possible way, someone was going to see the end of that Kroakon hand cannon one way or another. Logan’s penchant for going berserk and Domino’s need for vengeance is expertly captured on the page. There is something raw and visceral about Joshua Cassara’s artwork that makes the dire straits of the opening pages just fade away. 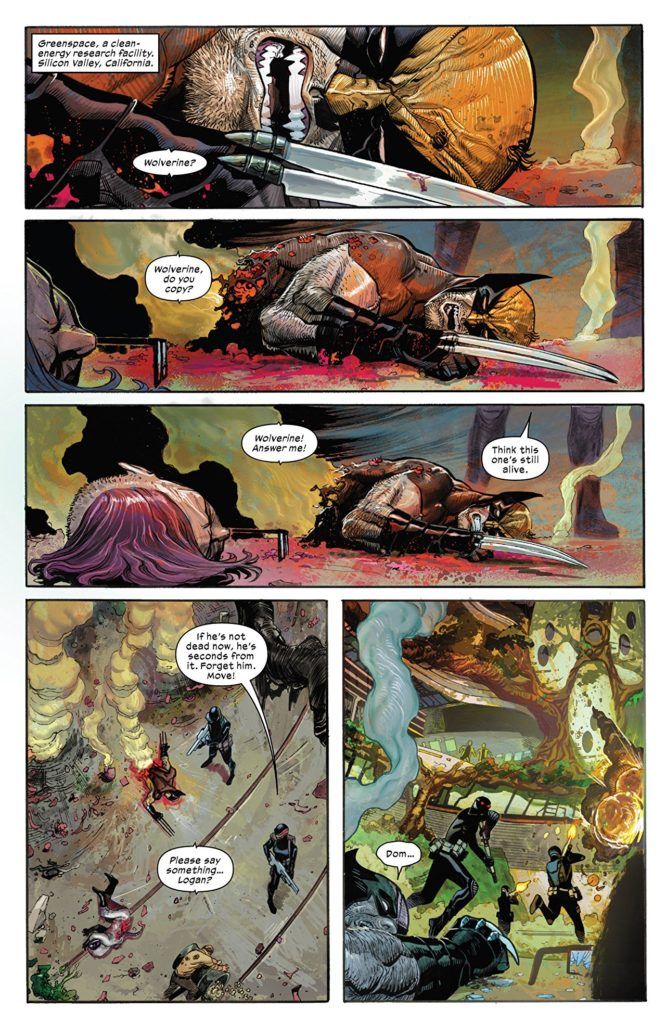 What Benjamin Percy does well with this issue is to keep the stakes feeling high. The risk of failing the mission is still very real and ever since Xavier was killed in the first issue, it feels like mutants are still one step behind their enemies. Percy’s writing also shines when it comes to the interactions between the members of X-Force -Beast in particular. Being a part of a team that handles the dirty work seems at odds with his moral values. You can see it when he tries to reign in Domino.

It is a bit weird seeing a full-fledge X-Force mission in a post-Dawn of X era. Considering that the X-Men are practically unkillable now, things like Quintin Quire’s severed head lying five feet from his body has less of an impact than it would have before the mutant nation’s newfound immortality. The meaninglessness of death also makes it feel like the mutants have become a lot more reckless. We might be seeing the members of X-Force die a lot more often and that can get old real quick. Thankfully, Benjamin Percy is doing a stellar job with X-Force so I’m confident he’ll keep the book feeling fresh.

9 Vegetated Mechs out of 10