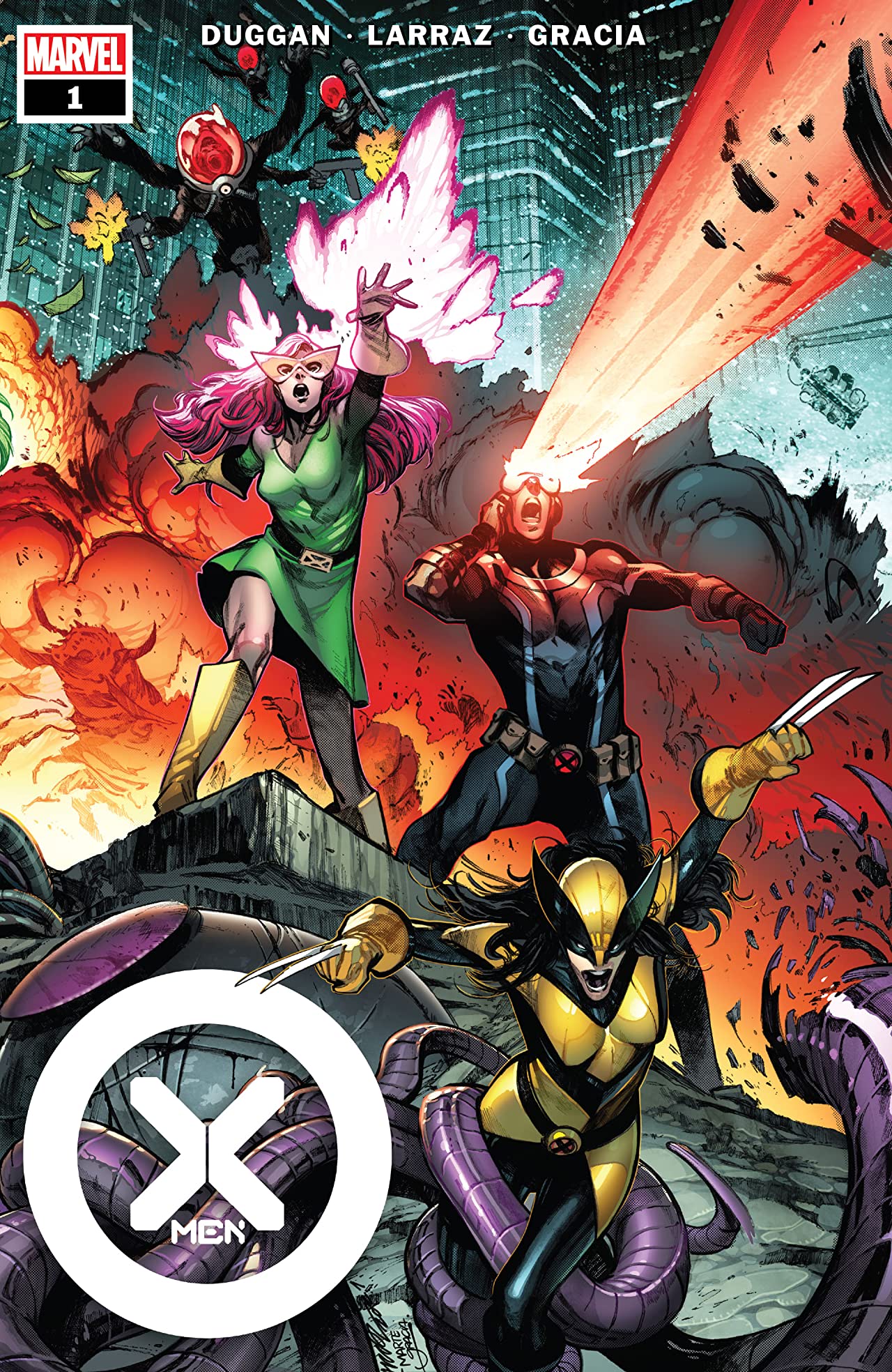 At first glance, it must seem weird (and maybe a little annoying to boot) that X-Men is back to #1 so soon after only a couple of years after Jonathan Hickman’s massively ambitious reworking of the franchise. But that was a different book for a different time in the mutant community. Hickman’s beefy narrative was one that had less to do with the titular team itself and more with the central players in mutantdom’s ongoing political intrigue and empire building. And now that the empire is established and punctuated by the most extravagant fashion event in recent sci-fi memory, Gerry Duggan’s run with Marvel’s mutants is making a different but familiar statement we haven’t heard in a while: Mutants are back in the superhero game.

Much of the world outside of Krakoa has been painted with a thick coat of paranoia and mistrust as it pertains to the mutant community’s major moves on the world stage. Although Duggan seems to have no shortage of that in this book, he also makes a point to highlight the idea that there are those in the human world who are willing to give our heroes an honest chance. And who better to convey such an idea than hard-boiled reporter Ben Urich? A little light-hearted banter between Ben and the P.R. spin gawd himself, Cyclops does a pretty good job of establishing humans and mutants in a mode of feeling each other out and hoping for the best.

This latest incarnation of the X-Men hiding their identities or working in secret while garbed in Black leather. They’re trying their best to be accessible and accountable with a friendly looking headquarters in New York that looks like a children’s board game…and a working number listed in the phone book (or Google or whatever has replaced phone books now). Meanwhile, Duggan also sets the stage for our heroes to be attacked on multiple fronts, not just saving the world from your garden variety villain threats. The team looks like it’s going to be forced to defend against enemies that their nation has made with their audacious power moves. Now that mutantkind has altered the status quo, this is the team that has to protect it.

The script does a pretty good job of giving us the current state of the mutant union while showing off the team’s effectiveness at answering threats as they arise. Pepe Larraz’s visuals meet and exceed expectations, making for some stand-out moments that truly highlight this team Duggan has to work with. Some of these environment designs like the “Treehouse” are detailed enough that you could look at each panel forever. And Larraz’s action beats are always vibrant and kinetic with strong line work and a solid color palette.

Bottom Line: Duggan’s relaunch with X-Men #1 opens up strong with a “back to basics” old school feel that’s sure to keep the pages turning as if you were a little kid reading comics for the first time all over again.

10 Fastball Specials out of 10