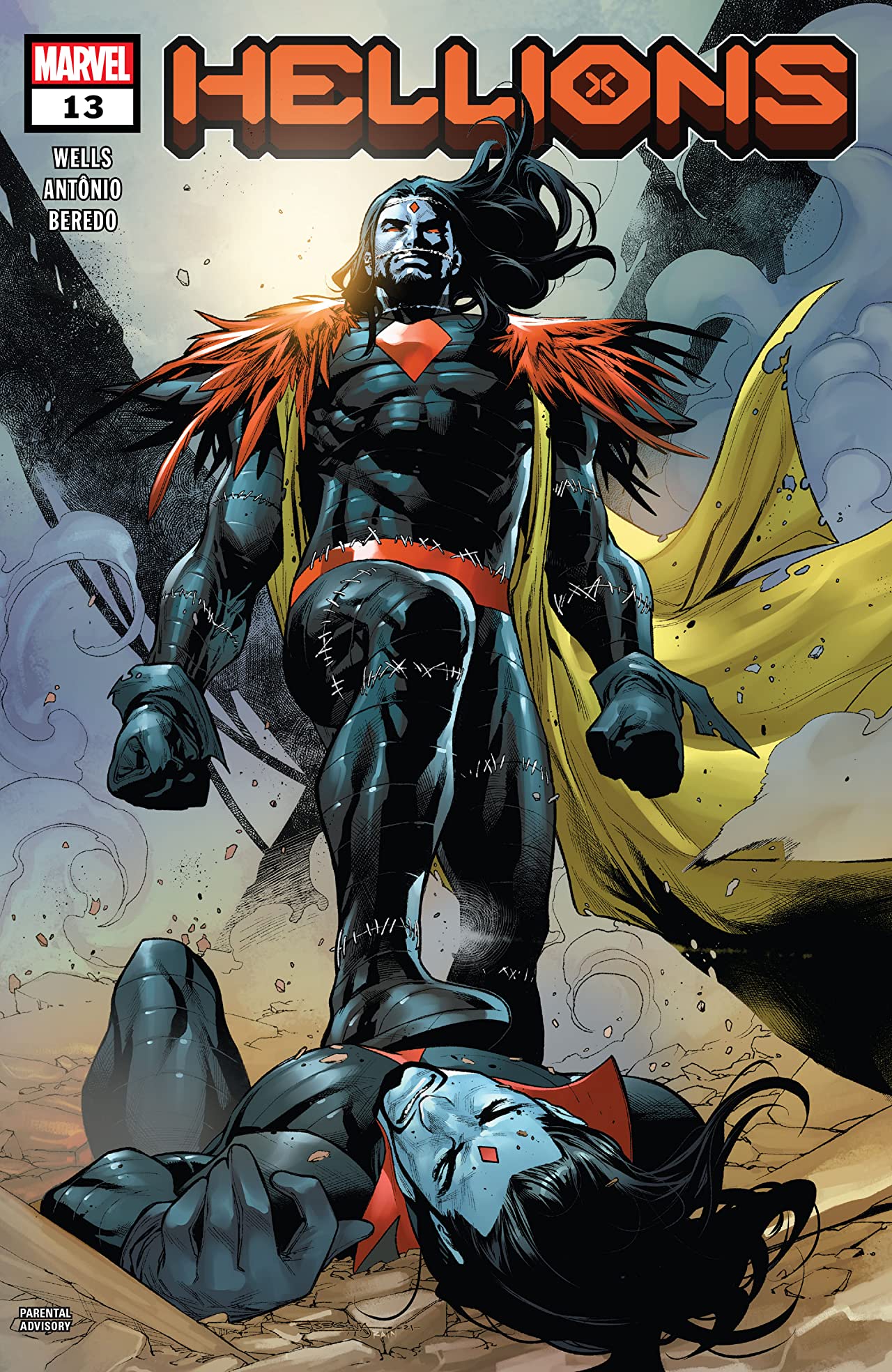 Hellions is charming in a way that I haven’t read in years and only see on FX shows about anti-heroes and murderers with hearts of gold. Except in this book, there are very few hearts, and I can’t be sure any of them are gold. Most of Hellions #13 is your standard “quiet before the storm” stuff where the team takes a post conflict inventory of the state of things. Some of them are getting along, some of them aren’t, others are finding common ground where they didn’t expect to. But as usual, it’s Sinister stealing the show as he ends up in a fight with….himself.

One of his clones has shown up on his doorstep to file his grievances in person and reveal some ugly truths about the Head Narcissist in Charge. There’s not a whole lot of action, light to medium plot movement, and not as much of the sarcastic, dark charm that usually carries this book even at its worst. Don’t get me wrong. It’s not completely without its trademark sense of humor in awkward moments and comedic reminders that these are not the best of the best we’re dealing with. And there’s maybe a fun page or two devoted to introducing the newest threat coming for the crew’s necks, but there’s just not a whole lot of “there” there.

Roge Antonio’s artwork is detailed and eye-catching with one of the most impressive color palettes of all the X-Books, and that’s pretty impressive company to be in. It’s just a shame Antonio doesn’t have more to work with in terms of a script to play with.

Bottom Line: Not exactly a bad offering from what has been a fairly entertaining title, but Hellions #13 definitely lacks the usual mojo that makes it distinctive from other books. Decent if you’re already keeping up with the book, but not going to attract new readers with this one.