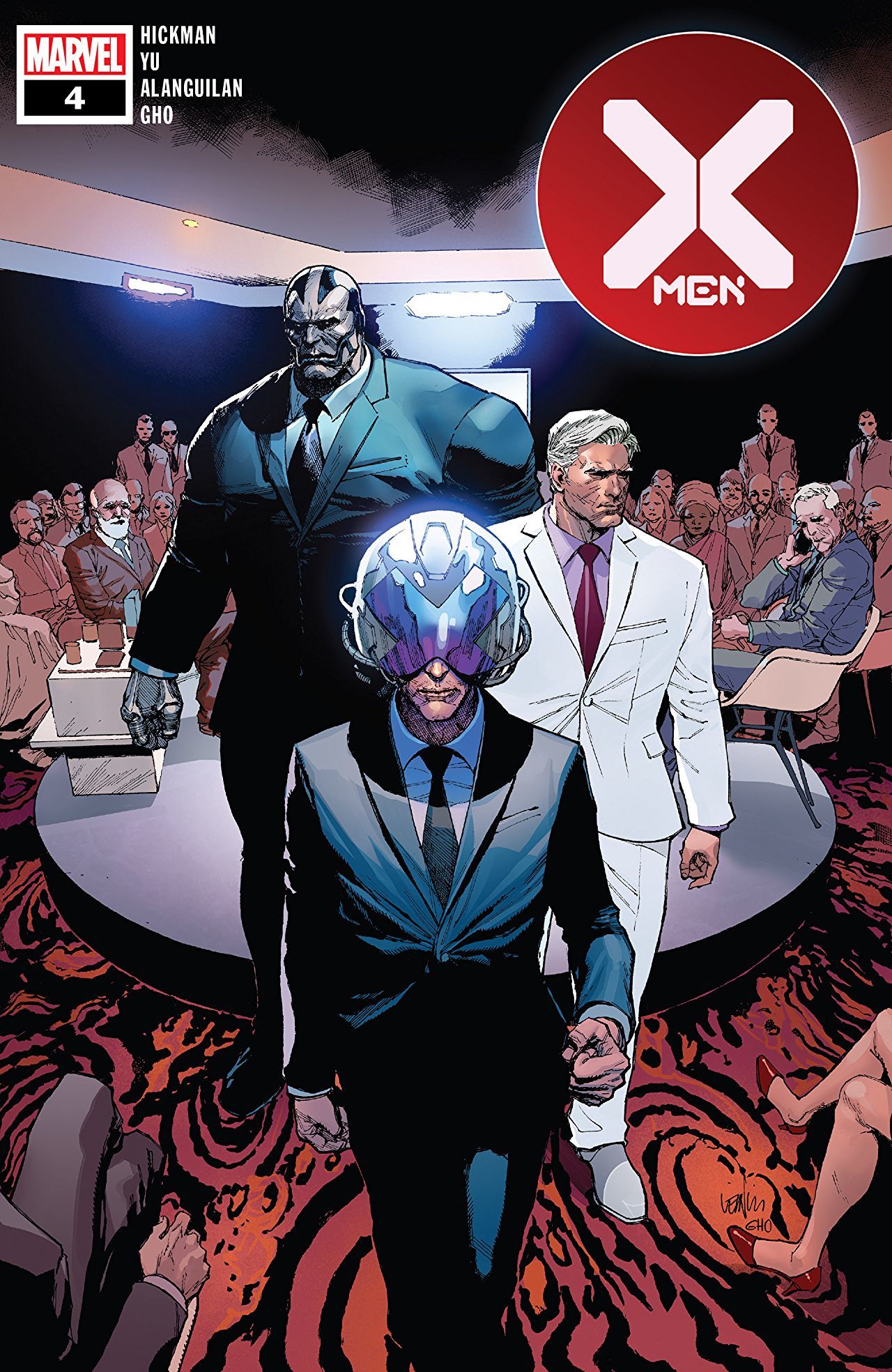 Diplomacy gets tense in the latest issue of X-Men titled “Global Economics.” The Krakoan Council has been invited to the World Economic Forum to represent the recently established mutant nation. Their announcement and steps to demand recognition of their sovereignty in exchange for life saving medicines has caused economic and social turbulence that the powers that be want to address. The council consists of three of the most prominent leaders in X-History; Professor Charles Xavier, Magneto, and Apocalypse. For support and security, they’ve brought along Cyclops and Gorgon. The Forum consists of representatives from the three most economically powerful countries; the United States, China, and Wakanda (Yibambe!). Also, there are academics and prominent global business people from Brazil, Italy, Switzerland, and India.

This book reminded me one thing Hickman does better than anyone I can think of. The man outlines his fictional organizational structures like a boss. Especially in the world of X-Men, the sheer number of players involved can be overwhelming between the several books centered around the new mutant utopia of Krakoa. He likes taking documents like briefings, personal letters, and in this case a summarizing pamphlet and use them to add a sense of the thought to how much work he has put into this world he’s put together. 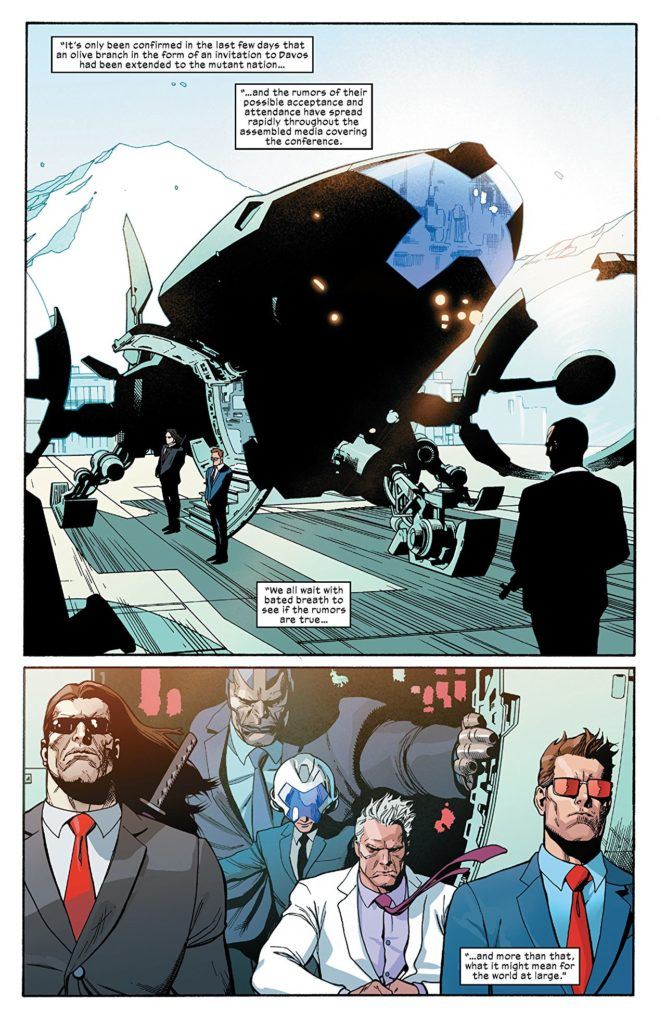 The Mutants have had enough of the B.S.

The golden egg of this book is the confident declaration of intention the Krakoan Council lays out. It was partially a philosophy in operating within racist power structures to attain influence and also a fantasy for anyone who is interested in subverting said systems. Magneto takes the helm on this one. “If we chose to deliver the medicine in the most profitable manner possible – it would just be a lesson you’ve taught us.” This begins his laying out a long history of the development of the western world; essentially saying that the mutants have been paying attention and are down to play the global game already set up by people. I like this monologue because I’ve had this conversation with people who are also critical of the existing racial, patriarchal power structures. To overly simplify, there tend to be people who want to use the existing system to create a more equal society and those who want to start from scratch seeing the structures and untenable and even antithetical to justice and equality.

The decades long parallels to civil rights in the X-Men needed this updated critique and plan. Not to be absolutely cynical, Professor X lets them know that he hasn’t given up on his dream of coexisting peacefully with humans. “Do you think I don’t love you? Because I do. There’s a part of me that will never stop believing in you.” I’m interested to see how these X-Men stories play out with the Professor, Magneto, and Apocalypse all united in a peaceful plan instead of beating the hell out of each other. Hell, we should probably take notes in case we can find ourselves a black Krakoa.