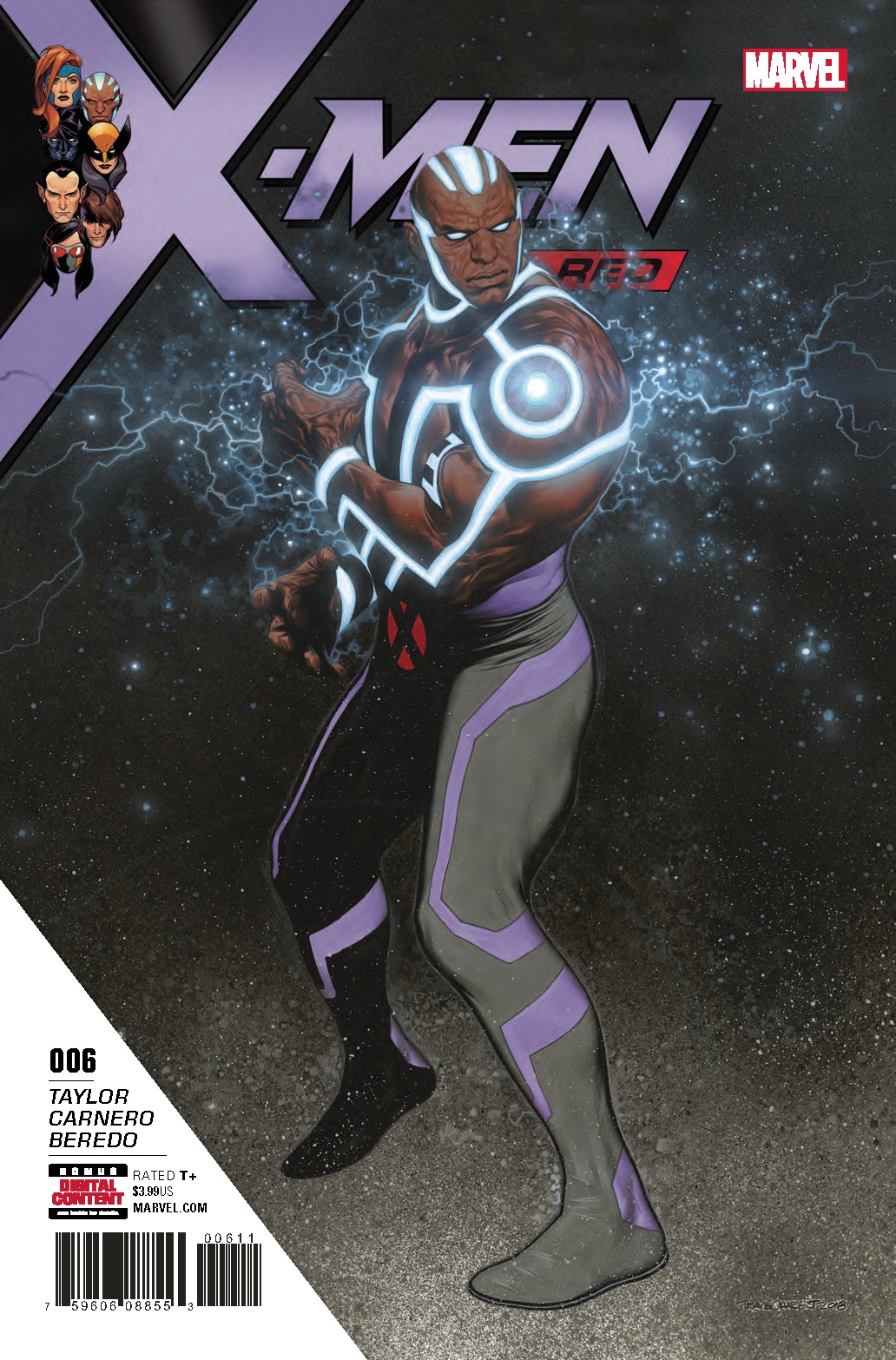 I just have to say it. If I wanted to introduce someone to the X-Men in 2018 it would be X-Men: Red. X-Men Red #6 by Tom Taylor and Carmen Carnero came out this week and I don’t think I’ve ever read a story as analogous to the original themes of hatred and acceptance through such a modern lens. This issue finally has our team leader, the newly resurrected Jean Grey, confronting Cassandra Nova. Professor X’s twin sister, I remember just how terrifying a psychic can be from New X-Men forever ago. Dedicated to wiping out all mutants and using people’s existing fear and anxiety of the unknown to do it, Nova provides a dramatic counterweight to Jean Grey’s quest to win over hearts and minds across the globe.

The most moving scene in this comic is a flashback to Gentle’s childhood. He faced hatred and discrimination from his family in a land (especially recently) associated with black excellence, Wakanda. It does well to remind the reader that intolerance and bigotry exists in all cultures and spares no one. It makes sense, even solely from the Black Panther movie, we saw the themes of nationalism and isolationism in some of the less forward-thinking citizens of Wakanda.

Not to go without action, the book utilizes the newly joined Gambit in the team’s next mission. An old favorite, Remy LeBeau promises to exemplify the rich mixture of the X-Men’s voice in today’s political climate and a nostalgia of some classic characters. With Jean Grey being dead, essentially for the majority of my comic reading life, I’ve mostly gotten the reminiscences of other characters to describe her this past decade as opposed to hearing her voice. X-Men: Red very much needs to be the definitive Jean Grey of 2018.