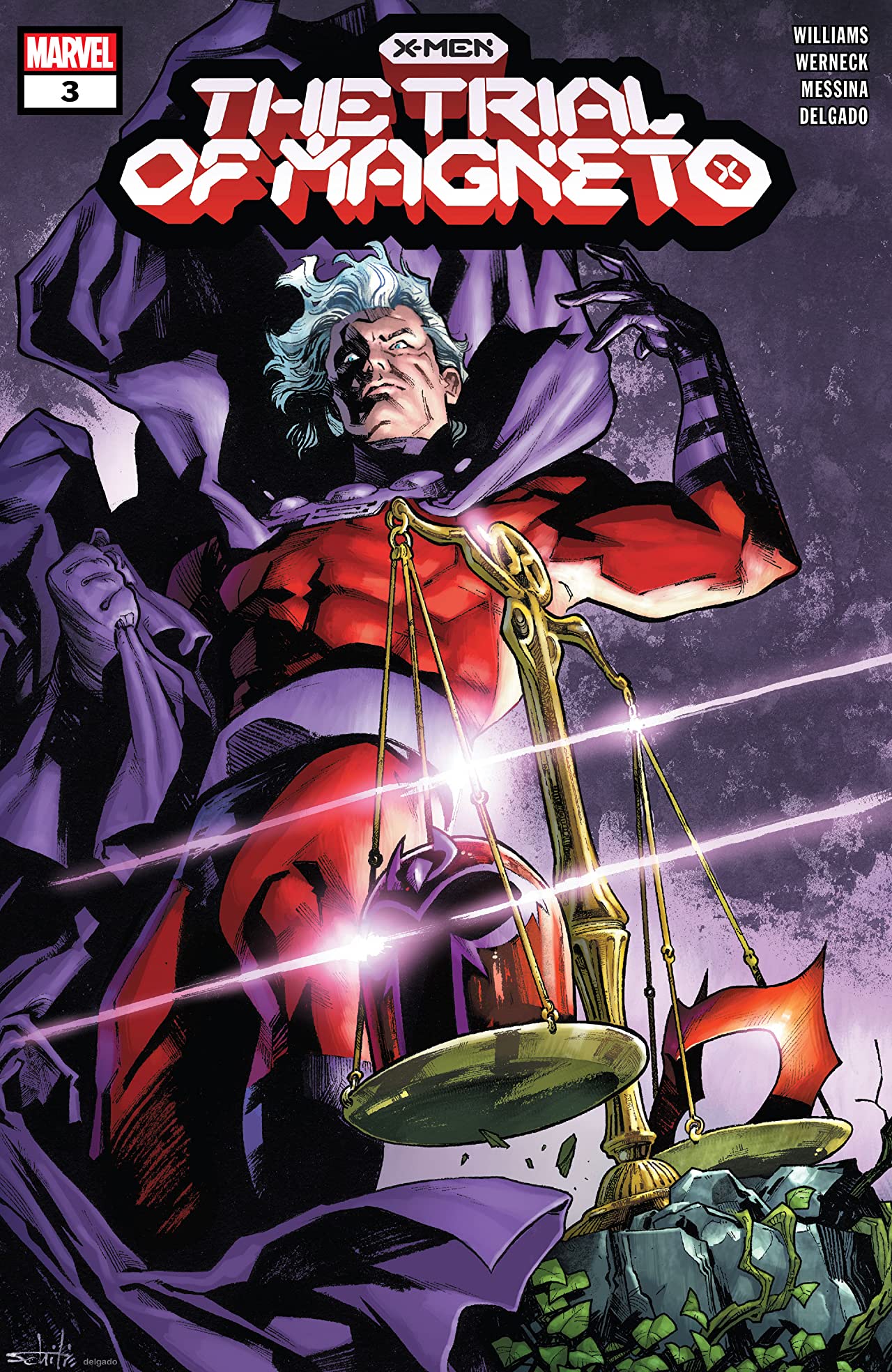 In X-Men: The Trial of Magneto #3 of this limited series. The Trial of Magneto presses on, but it takes a strange, potentially interesting detour with the sudden reappearance of the Scarlet Witch. However, things may not be everything they appear to be at first glance.

The Avengers and Krakoans search for answers that might exonerate the Master of Magnetism but not completely absolve him of blame. And on top of that, a major threat is headed straight for Krakoa that requires the two factions to combine their powers to stop it.

Honestly, while the action is fast paced enough, it’s just not exciting enough to distract from all the moving parts in this script. There’s a lot of plot and intrigue being shoehorned into a single mini-series, and it’s not leaving enough room for the reader to get invested in any particular twist or turn. There’s a couple of interesting revelations taking place that should have major effects (or consequences, depending on your point of view) for the Krakoa saga in coming months, but this book doesn’t quite do them justice so far.

Meanwhile, the visuals are actually quite impressive considering how lukewarm the issue proves to be. Lucas Werneck and David Messina work together to deliver some lively panels in an action heavy book. My only complaint is that Captain America fighting a kaiju should be way more intense than what this book had to offer….which is kind of an ongoing problem with this comic.

Bottom Line: It’s not necessarily a bad book, but it’s definitely trying to accomplish more than a limited series should. Time will tell if it actually gets where it’s going, but I’m not optimistic.

6.5 WandaVision episodes out of 10