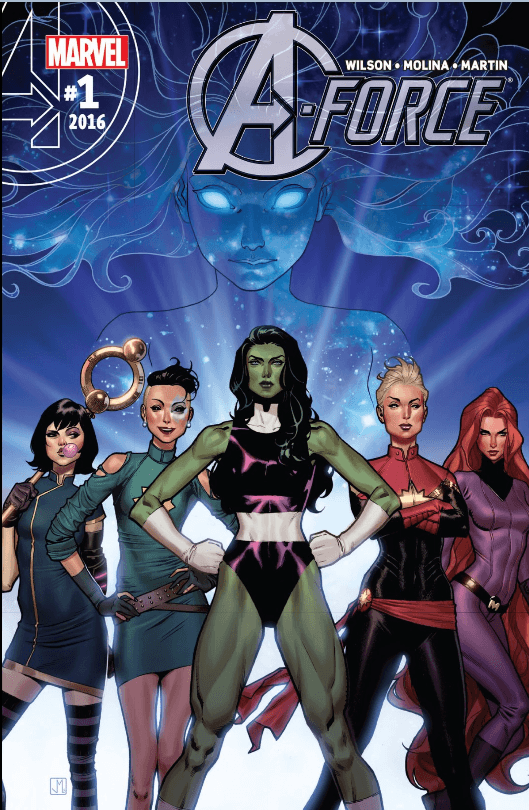 It is a New Year and All New, All Different Marvel is bringing hits. It is no secret, I’m an A-Force fan. I’ve been bugging the Editor-in-Chief for any info on the return of the women of Arcadia like a kid bugging their parent for info on their Christmas surprise. And now, first New Comic Book Day of the year, and I’ve gotten my last Christmas present.

The creative team on Issue #1 is writer G. Willow Wilson, who is still slinging goodness on Ms. Marvel, and artists Jorge Molina and Laura Martin. All three worked together on the short run of A-Force for Secret Wars, and it shows. There’s no tentativeness in this combination, no warm up issue, no practice shot. They start out by giving readers a perfect pairing of plot and art.

[divider type=”space_thin”]
I’ve raved about the art of Molina and Martin before and they don’t disappoint. The colors are amazing and Molina has no respect for the frames of a panel, breaking them or leaving them out as it suits the image. While these two are delivering technicolor imagery that the pages can barely hold, Wilson is…being Wilson. 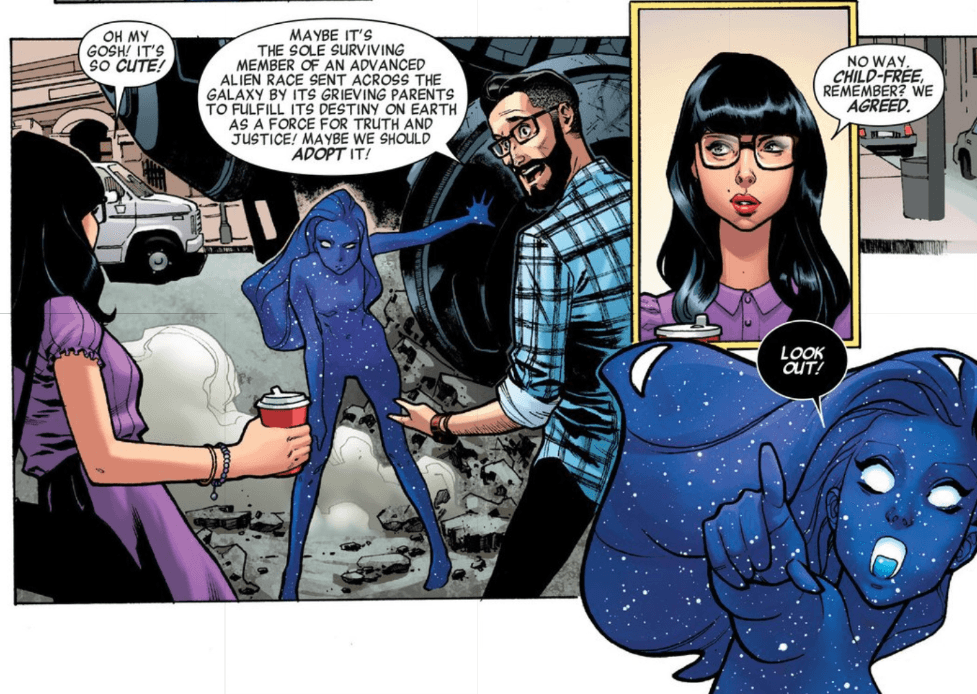 The plot is immediately engaging. Singularity, the newest hero, returns from her sleep and immediately goes looking for her friends. These friends don’t remember Arcadia and BattleWorld because these aren’t exactly the same people, they just look like them. So here is a story that will bring us the super powerful alien wandering around our universe, except this time, the story is told from the point of view of the alien and the alien is irrepressibly adorable, huggy, and sociable. This sets up old questions in new ways: Where does she belong? Who are her friends, especially when those friends don’t remember her?

In this issue those friends are Captain Marvel and She-Hulk, both going about their normal lives until Singularity flies through with a bright-red nemesis on her tail, triggering our heroes to be heroes. 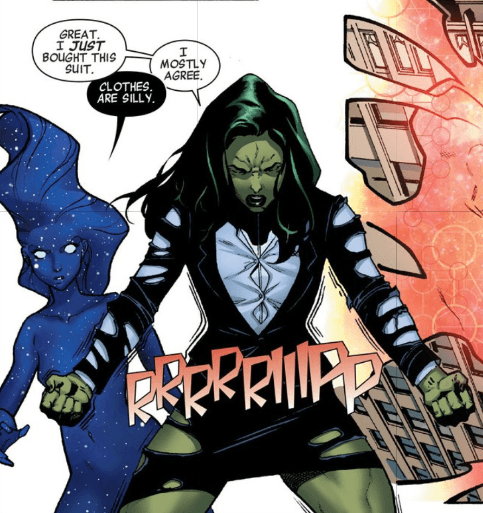 I love that shot. It is simultaneously the intelligent, rational lawyer Jennifer Walters and the muscle-bound, irrational She-Hulk. This is the kind of juxtaposition that this team can pull together, bringing a million stories into one panel. I expected nothing less. This was a good first issue and if they keep delivering, this will be one of my favorites of the new year.