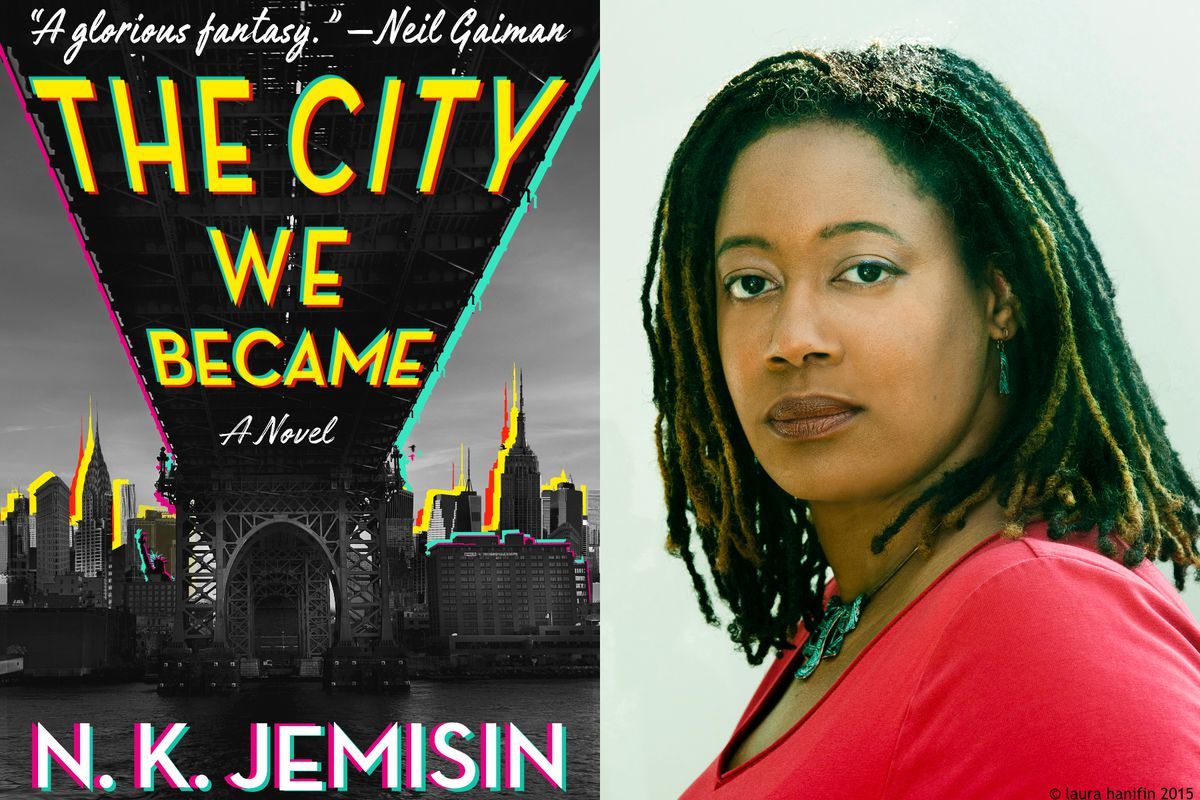 The jump from High Fantasy to Urban Fantasy is not a jump every writer can make, but Jemisin clears it with no problem.

I recently read The City We Became by N.K. Jemisin. I will admit that I haven’t been this nervously anxious for a book since A Memory of Light by Jordan/Sanderson. I really wanted this book to do well, I wanted it to exceed my expectations, and I was worried it couldn’t.

Have you ever really wanted to see someone do good, wanted to see them excel but you were afraid that your own lofty expectations would leave you inevitably disappointed? I mean, that’s what pedestals are for, to showcase pretty things before they fall. I’m a fan of Jemisin, I like her writing style, I like her unique perspective on magic systems, I like that she often brings something new to the table. I didn’t want to see her stumble here and I was unsure of what kind of story she was going to tell. The jump from High Fantasy to Urban Fantasy is not a jump every writer can make. In high fantasy, you are usually constructing a world no one knows anything about. That gives you a bit of an advantage from a storytelling point of view. There can be 4 moons, there can be weird syntax, weirder customs, physics can be malleable.   When you make the jump to urban fantasy you are now dealing with worlds, environments, places, landmarks that people already have background knowledge on. Jemisin didn’t aim low either, she didn’t pick a random city like Metropolis or Gotham, she didn’t even pick a small urban center city in the South West, or some small suburb in Iowa, she decided to take a bite out of the Apple.

New York City: the name alone pulls up a terabyte of information in everyone’s head. For example, if you’re a hip-hop fan you have a list of rappers you love from different boroughs. You know Hip-Hop started in the South Bronx, South South Bronx. You know the greatest Emcee died on March 9th and is from the Planet of Brooklyn. You know Queens eventually recovered from KRS-1’s assault and gave us: God’s Son, 50 Cent, and Mobb Deep. We all know Puffy is from the Harlem side of Manhattan and of course thanks to ODB everyone knows Wu-Tang is for the children. There are things we KNOW about NYC, so authors are already writing with a bit of a strait jacket on. The trick for them is to see if they can pull a Houdini and create something wonderful, something magical while the rest of us are sitting here thinking they’re stuck.

Jemisin shed the strait jacket like a snake sheds it skin. She wove so much into The City We Became, that I think the bar, in terms of crafting Urban Fantasy as a genre has been raised. I love Jim Butcher; I think what he has done with Chicago and Harry Dresden has been amazing. I eagerly await Peace Talks and was floored when I found out that he’s dropping two books in one year. In my mind Butcher is the king of urban fantasy, but this is clearly a coup d’état in progress.

I look for a few things in a new fantasy series. I want an interesting magic system, dynamic characters, and something I haven’t seen before. Too many authors recycle bland magic systems from other books, change one small detail, and think the readers won’t notice. Take Butcher as an example. I have written in the past about how many authors copy/pasted Harry Dresden into their book and just changed the name and city. We saw the same creative laziness with the slew of para-normal romantic fantasy series starring [insert generic vampire description here], after Sookie & Company hit it big. I get it. There’s only so many times you can recreate “the hero’s journey” before tropes start jumping out at you disguised as orcs. So, I really want to see authors dig deep and create something new and interesting in their craft, and Jemisin nails it.

In The City We Became, the overall idea is each city has the potential to become MORE. Once the city hit’s a certain threshold of: people, concepts, ideas, culture and a dash of je ne sais quoi, it can gain a soul. Jemisin describes it on her website like this: “Every great city has a soul. Some are as ancient as myths, and others are as new and destructive as children. New York City? She’s got six.” 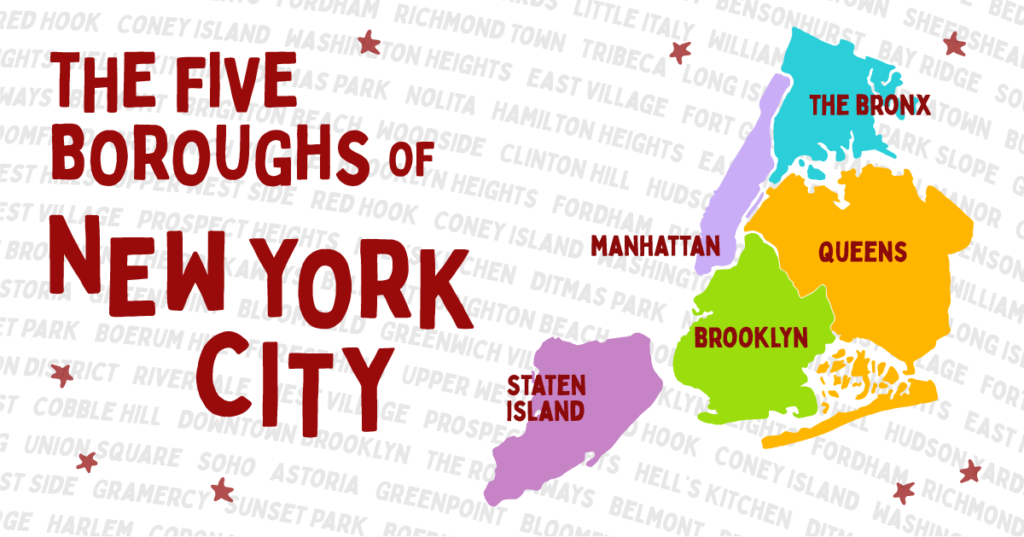 In this series, the soul is personified in form of a human avatar that becomes the city’s champion. New York City has one for each of the 5 boroughs and one “oversoul.”  In book one, the goal of these souls is to find each other, form like Voltron and fight off the big bad. While they were trying to link up, of course an opposite force was trying to stop them. So each soul becomes self-aware and then has to battle their way through the city and find each other. It reminded me of a scene from the Warriors and this is one of the places Jemisin shines.

The magic system that each avatar had to use is different, and it based on concepts. Each borough: Brooklyn, Manhattan, Queens, The Bronx and Staten Island has a concept that it embodies and each avatar must find that concept and utilize it to fight off the Woman in White who is attempting to keep the city from being born. For example, Brooklyn is an Emcee, who uses Hip-Hop verses to power her magic, Manhattan uses the concept of money and purchasing and before I go on, I know it doesn’t sound awesome here. My description of it in this review can do it no justice. It’s as if I were trying to describe a gumbo in New Orleans made by a master chef. I mean, I could do it, I could tell you “yeah there was a roux, shrimp, and sausage and rice.” But a certain point, it’s hard to describe why a good thing is so good. At a certain point, you are just going to have to trust me when I say it’s tasty as hell and you need to get some yourself. That’s the magic system in The City We Became, it’s tasty as hell and you need to try it yourself. The level of detail is phenomenal, even the bars used by the avatar of Brooklyn were carefully constructed. They didn’t come off as clichéd, or subpar, and when you get to the point where Jemisin describes her writing process and she tells you she had Jean Grae double check her Emcee work, you realize how serious she took this. Jemisin wanted, needed to get this right.

In this book, there are Proud Boys and Trumpers and gentrification and art as a literal weapon and doxing, and unearned white male angst.

The other thing I found unique was the use of modern-day politics and cultural battleground motifs in the book as plot devices. Often, you see writers shying away from these themes. I get it “republicans buy shoes too.” But in this book, there are Proud Boys and Trumpers and gentrification and art as a literal weapon and doxing, and unearned white male angst. And unlike Goodkind’s Sword of Truth, which just randomly starts preaching the power of Ayn Rand midway through the series, none of this political/cultural insertion seems forced or out of character in the book. It falls within what’s happening in the pages, within the plots, within the character development, and it is woven together in a way that makes sense. So, when you end up running into the Karen-est of all Karen’s, the Queen Karen who wants to see every manager everywhere, it doesn’t seem corny or trite. It seems appropriate and frightening, in the way that a fully armed Karen can be.

This wasn’t just a book, it was a love letter to New York City.

I am anxiously awaiting the next book in The Great Cities series, and I am curious as to where Jemisin goes with this. How long do we stay in New York? Do we get to see any more Great Cities? The way this universe is set up, I can really envision a Sanderson Cosmere thing being created, and Jemisin deciding to take us exploring cities in different realities. Or we could get crisp trilogy with all the fat trimmed off.  But wherever it goes, I am here for the journey.

I am always excited when an author gives us something new, something different, something we haven’t seen before. Especially when that new thing is packaged in a place as well-known as NYC. And I think that’s part of what makes this book shine. It isn’t just a novel about a place, it’s clear from the writing that the author is a fan of the city. She wants NYC to do well, in the book and in real life. Jemisin knows the history, the flaws, knows the things holding it back, keeping it down, but she wants the city to survive. No! She wants the city to thrive, and that comes through in the writing. This wasn’t just a book; it was a love letter to New York City. Granted, it’s cleverly disguised as a novel, tucked away in the sci-fi/fantasy section of your local bookstore, but it was so intimate, so well done, I almost felt like a bit of a voyeur. Go! Get! This! Book!