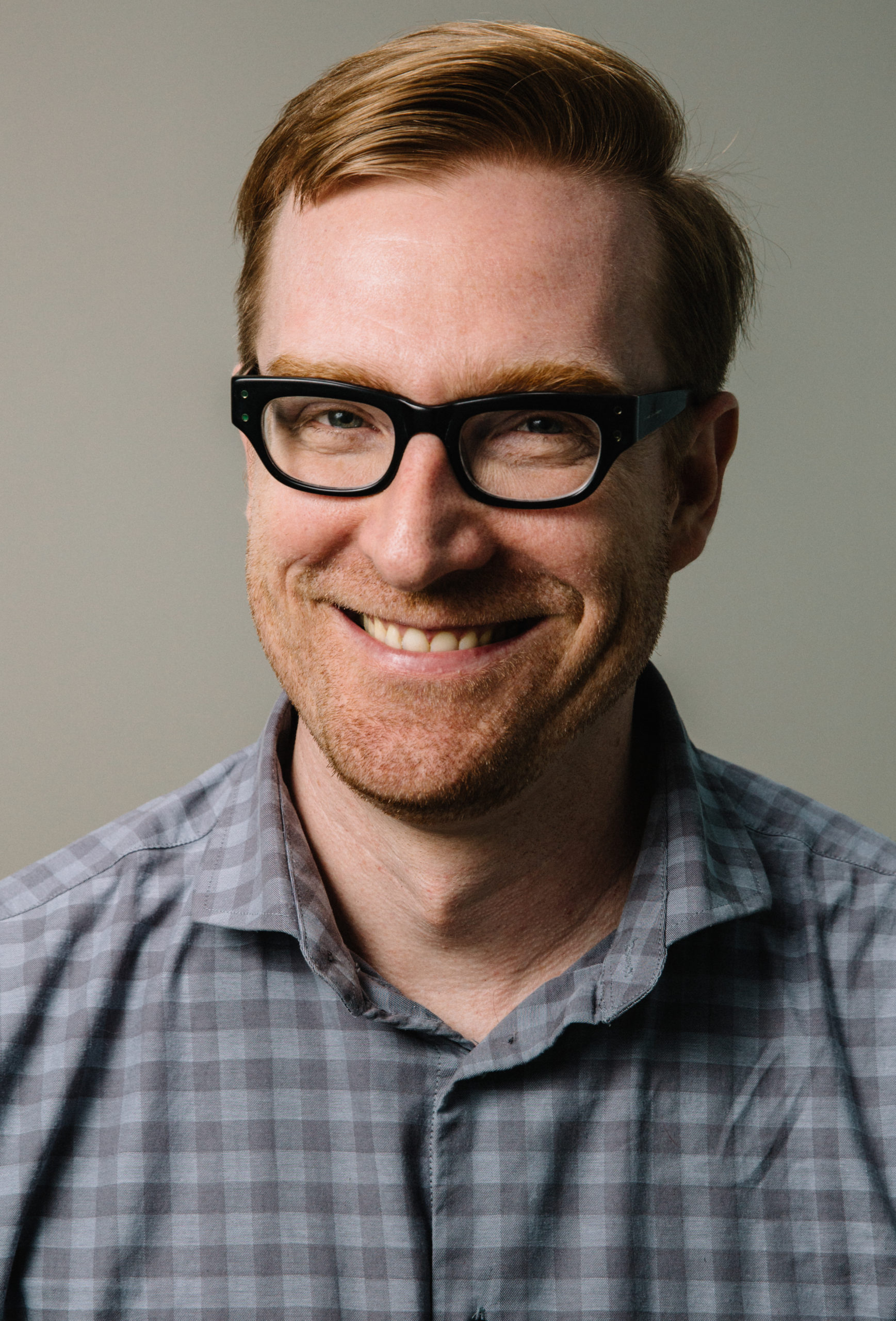 Maybe you’re unstuck in time and you’re seeing this interview before reading our review of Slaughterhouse-Five. Maybe you’re experiencing time like most humans and you saw the review and now see this interview. Either way, we’re very excited to sit down with Ryan North about his contributions to the adaptation of the seminal sci-fi novel. And be sure to check out our interview with artist Albert Monteys as well.

BlackNerdProblems: Did you ever expect that you’d go from writing Dinosaur Comics (one of the relatively early webcomics in the grand scheme of the internet) to adapting Kurt Vonnegut’s Slaughterhouse-Five?

Ryan North: Hahaha, no, definitely not.  When I started Dinosaur Comics, there wasn’t even a path to go from webcomics to print books unless you were printing them yourself, so the world’s definitely changed a lot since 2003. It’s been a sincere honor in my life to get to do this work, to be trusted with Kurt Vonnegut Jr.’s writing (!!!) and to shepherd it into a new medium for another generation.

BNP: Did you ask for the project or was it presented to you as an opportunity?

Ryan: The way it went down is the publisher (Archaia) conceived of the project and worked out a deal with the Vonnegut estate to make it happen, then came to me.  When I was asked to adapt the book into comics, I was at first flattered and then extremely terrified, because you want to do right by it.  You definitely don’t want to be the one who messes up Vonnegut, you know?  So, it was a very scary project, but as soon as I started to see pages come in from the artist, Albert Monteys, I let out a breath I didn’t realize I was holding: he’s incredible.  He’s made this book as wonderful as it is, and I’m so lucky that we got to work together on this.  His versions of the characters have become instantly iconic in my head, displacing all others.

BNP: What does the process look like for converting a novel into a comic book script? How closely did you work with Albert during the initial breakdown?

Ryan: During the initial breakdown, we hadn’t actually lined up Albert yet, so I wasn’t writing for him specifically. I was just trying to write the best script I could!  I later found out (because Albert told me) that when he was approached he thought “no way, this is crazy, you can’t adapt Slaughterhouse-Five into a new medium” and wasn’t going to do it until he read the script and thought it was good.  MAN, that was great to hear.  I love Albert.

The process for me was to buy a new copy of the prose novel, and then re-read it, writing all over the margins as I went with notes on how this part or that part could be adapted, parts I had to include, parts that were going to change, etc.  One of the earliest changes I decided was that Trout, the failed sci fi pulp novelist, will have failed so hard in THIS version that now he’s writing comics.  It was a fun joke at our own expense, given how the medium has historically been seen as disposable kid stuff, but also, a great conceit for being able to show Trout’s sci fi stories as actual pulp comics from the era, which, of course, Albert knocked out of the park.

I knew our page count (around 170 pages), and I knew how long my copy of Slaughterhouse was (much longer), so I worked out an equation to give me a percentage of [how much] book complete as I wrote – that helped me know how on course I was to hitting that page count without going over, and gave me the confidence to expand the sequences that demanded it without ruining everything for everyone else.

BNP: What do you think are the most important additions to the narrative that the illustrations contribute?

Ryan: Structurally, being able to just see the characters and what they’re wearing made the time hops easier to breeze through without losing people: it’s a lot easier to see “oh, we’re in WWII” or “oh, it’s the sixties now” right off the bat, which let us hit the ground running.  And Albert draws the characters with such empathy and humanity that they come to life in a way they might not in prose – you really feel what they’re feeling as you’re going through their stories.  I already mentioned Trout’s book-within-a-book comics we got to include, but the other sequence that I thought really worked well in comics was the Tralfamadorian book.  In Vonnegut’s novel it’s described as short paragraphs, each standing alone, but when taken together all at once forming a new and unique image about life, more than the sum of its parts.  That sounds like comics to me, with individual panels working together to build something bigger than any of them alone.  So being able to realize that alien book, showing it in a gorgeous double-page spread that lets you “read” it just as the Tralfamadorians would, ended up being something really special.

I think the prose novel and graphic novel are definitely two different versions of the same story, but I hope they’ll both make you feel the same way, feel the same sorrow and hope and loss and joy as I do when reading Kurt’s words.

BNP: I’m a big Destiny 2 fan and I adored your Curse of Osiris comic from a couple years back, so I have to take the opportunity to ask, which protagonist has/had/will have a weirder perception of time: Osiris or Billy Pilgrim?

Ryan: Oh, thank you!  Working with Bungie was a ton of fun.  And if we’re going to compare Osiris or Billy Pilgrim, I think Billy’s perception is weirder: Osiris at least has some management of it and has managed to make it work for him.  Billy’s more of a listless plaything, tossed around by events he doesn’t understand and can’t control.  If I had to/have been/will be one of those two characters, I’d much rather be Osiris!!

BNP: If you could adapt any other iconic novel, which one would you like to tackle next?

Ryan: Albert and I have already confessed to each other how much we’d love to adapt Sirens of Titan – so we’ll see!  If the stars align it would really be something special.  And if not, well…. so it goes, right?

Ryan: Just my thanks for checking out this book!  It’s weird – normally when you’re talking about a book you’ve written you feel this urge to be humble, to not talk it up too much because it sounds like you’re bragging, but with Slaughterhouse-Five, I didn’t write it, I just adapted it, and I’ve been a fan of Vonnegut forever.  So, I feel like I can gush about it as much as anyone, because I only had a little hand in its creation, and I get to be just as much of a fanboy of Albert as anyone else. 🙂