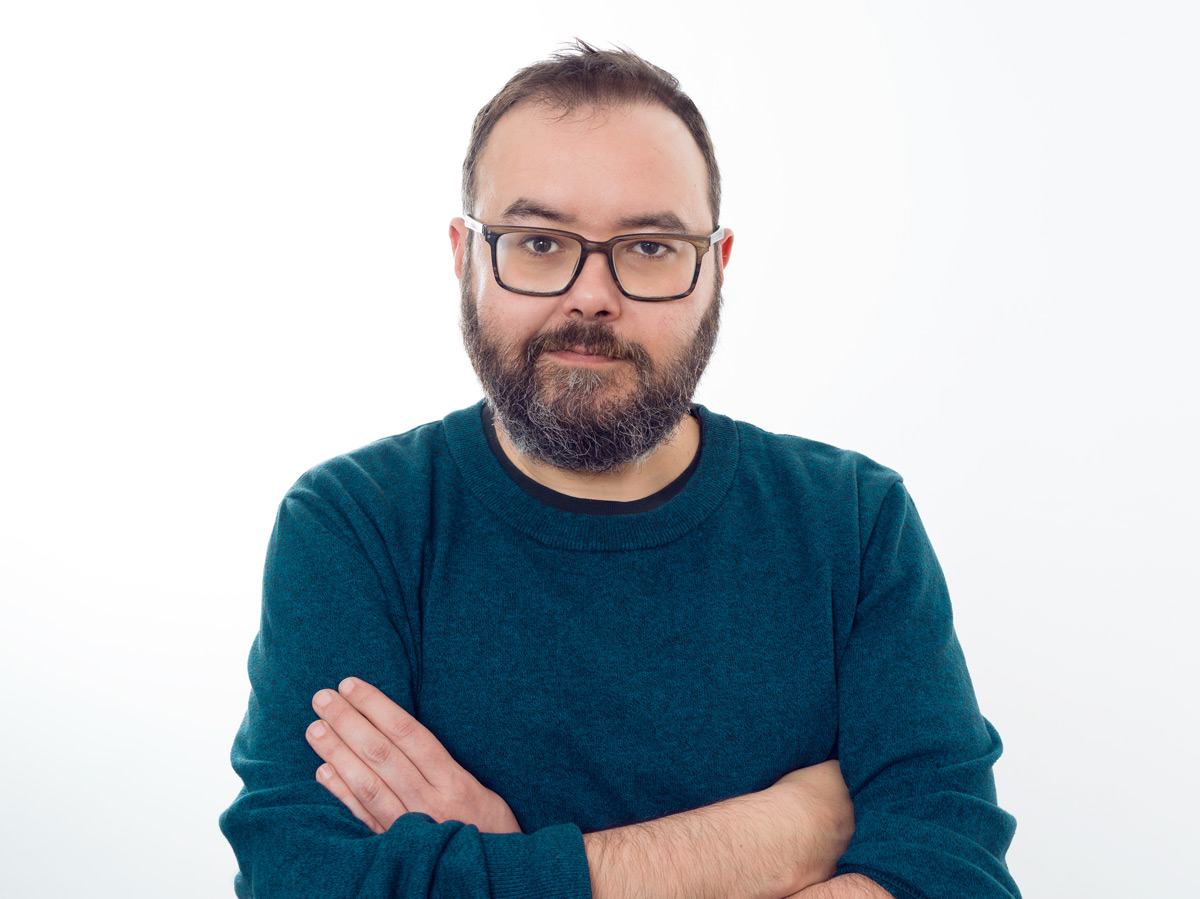 Maybe you’re unstuck in time and you’re seeing this interview before reading our review of Slaughterhouse-Five. Maybe you’re experiencing time like most humans and you saw the review and now see this interview. Either way, we’re very excited to sit down with Albert Monteys about his contributions to the adaptation of the seminal sci-fi novel. And be sure to check out our interview with writer Ryan North as well.

BlackNerdProblems: How did you get involved with this project? Did you ask to be involved or was it presented to you?

Albert Monteys: It was presented to me. Sierra Hahn, editor of BOOM!’s graphic novel imprint Archaia sent me an email with “Vonnegut illustration opportunity” and I felt lucky even before reading the text. I’ve been an avid Vonnegut reader for many years, so I’d had asked to be involved if I’d known before! My first reaction when I found out it was Slaughterhouse-Five was thinking that’s an almost impossible to adapt book, its whole structure being so essentially literary. When I did read Ryan’s script, I changed my mind. In every scene he took the right decisions, or at least the ones that felt closer to how I saw the novel.

BNP: How closely did you work with Ryan during the initial breakdown? What preparation did you do to get yourself in the correct headspace?

Albert: When I started working in the book, the script was almost totally finished, pending a few revisions but as I said, I fell in love with the way Ryan had approached it. He made my life so much easier, providing a ton of reference with the script (and this is the most heavy reference book I’ve ever done). S,o I asked questions when needed and did my part of research on the characters (some of them are real people), the time periods and Vonnegut’s work. I made a point of not watching George Roy Hill’s movie from 1972 because coming from a visual medium too there was the risk of getting too much influence from it, and I wanted this to be our view of the book. The Vonnegut family was a key part in it too, providing notes and advice when we needed them.

BNP: How many iterations of the character designs did you go through before settling on the current cast?

Albert: Like in a casting, some you get straight from the first doodle and some require a deeper research. I knew what we wanted to convey in every character and for me it’s a very intuitive way, you keep on drawing until you find something that talks to you with the character voice. Billy had to be a plain character, someone who just travels through his own story more like a witness than a protagonist. In the case of Valencia, Billy Pilgrim’s wife, we tried to stay away from the gross caricature and turn her into a fleshed- out character at least in the way she moved. Kilgore Trout, the science fiction writer, was a special case since one of the inspirations for him was Vonnegut’s friend Theodore Sturgeon so I worked around that. Finally, he turned out looking closer to Philip K. Dick, it just seemed right to me!

BNP: What do you think are the most important additions to the narrative that the illustrations contribute?

Albert: Well, I have a hard time describing myself as an illustrator since I only work in comics and that implies my work is mainly narrating (using images that relate to other images). The script provides narrative challenges, and the artist turns them into a working story in comic book format. The space of suggestion of a text is much broader than that of an illustration, that’s true but they both work the same way, as languages that convey ideas. In that sense I try to do my work as concrete and solid as to make the reader’s part as easy as possible but also leave some space for the reader to project himself into the story.

I focus a lot on my character’s acting, trying to tell things that words fall short to tell, and I’m especially proud of how I managed to do that in some pages of this book.

BNP: One of the coolest parts of the graphic novel adaptation was the visual representation of the Trelfamadorian book. How do you even begin to conceptualize, let alone execute on that notion?

Albert: There’s no rational way to do it, so you just let yourself go. Vonnegut doesn’t describe any of it and Ryan’s text said something like “a series of images that are totally alien yet strangely familiar.” That was a good starting point, so I just closed my eyes, conjured images from nature, and gave them a weird twist. I had a lot of fun coloring those pages, and I still look at them now and manage to surprise myself. How did I do that?

BNP: If you could adapt any other iconic novel, which one would you like to tackle next?

Albert: Another Vonnegut immediately comes to mind. If there ever is a graphic novel version of The Sirens of Titan, I’d definitely want to be involved. John Kennedy Toole’s A Confederacy of Dunces would also be a fearsome, yet exciting project.

Albert: I was very worried through the whole process about not doing justice to Kurt Vonnegut’s book, so if you read our graphic novel and find value in it let me know. Thank you!