[dropcap1]W[/dropcap1]ith Valentine’s Day upon us, I figured there are those that are seeing /courting / dating / not labeling what you have / [insert terms you best identify your situation here] someone that might be heavily influenced by nerd / pop-culture. Or perhaps there is a nerd that is (see options from above) someone that doesn’t have Nerd Life tattooed across their belly. If you are interested in someone that is heavily invested in nerd culture and you aren’t, it can kind of be like speaking two different languages, one being French (English isn’t always the main language, folks) and the other being Dothraki (Klingon isn’t always the main nerd language folks).

This is a strategy guide to some scenarios that’ll help you out in a jam, so you don’t find yourself in a situation like… let’s say taking your partner to see the Dark Knight at an 11:00 pm showing and they start falling asleep, then get all mad at you for waking them up repeatedly ’cause you’re all: “Aye, this is in IMAX. For as much as we paid to get in here we goin’ give a dissertation together after this, so jot some cliff notes down.”

Enthusiasm and You
As Nat-Geo Nerd Specialist Nicole Homer once said, “A Nerd is much like a cat giving you a dead bird, they’ll come over with whatever project they’re working on and present it to you saying,”Hey look what I did.”” A nerd will often present you with something they are working on or interested in and want to discuss it with you. If it’s a topic you’re not familiar with (we’ll use Naruto for this scenario) they’ll be more than happy to inform you about it.

They’ll explain the pros and the cons of the show, their favorite characters, moments etc., etc. Now this is going to take a lot on your part because you’re going to be enduring a lot of information. There are no bathroom breaks either.

Non-Nerd: Okay, hold that thought, lemme go to the bathroom…
Nerd: Oh, No problem.
*continues from outside bathroom door*
Nerd: Like I was saying, then Pain killed Jiraya… The pathos yo. THE PATHOS!

I’m not going to lie, this is a test of endurance man. You may sit through their Ted/Nerd talk and it might not be for you at the end of the day. However the fact that you took the time to listen to what your nerd is interested in? That’s going to raise your power level (DBZ reference) in their eyes, and if you actually do rock with the topic they’re saying and want to check it out, and become a fan? If you enter the fandom they’re obligated to love you forever.

Hopping The Pop Culture Gap
Nothing can kill the momentum faster in a conversation than when you make a obscure pop culture reference and your significant other hits you with the the Family Feud red X. Then you gotta go through explaining the joke and why it was funny, thereby making it less funny. This can be the baaaaaaaaaaaaaane of one’s existence and the best advice to remedy this? There isn’t one. You gotta suck it up, man. You knew what this arrangement was when you signed up for it and if you didn’t know you do now. If you go for that obscure reference there’s a strong 89.6% chance you are going into a storm of white noise or dead air silence. Deal with it. 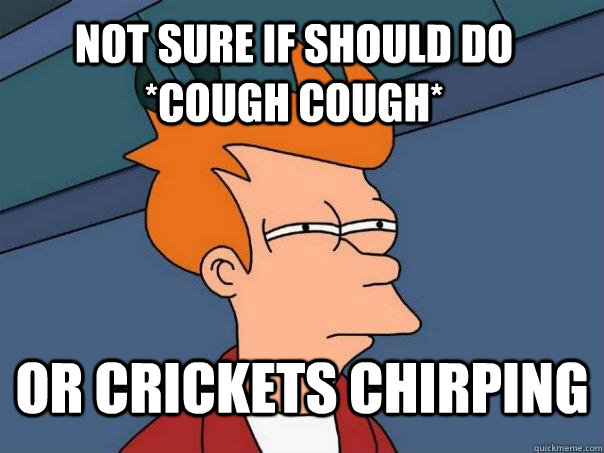 Cheating
If there is a favorite show you are both into, let’s say House of Cards for this example, I hate to tell you but at some point one of y’all is going to have to attend a meeting or network gathering, stay at work late to fix Bill’s computer who swears he doesn’t know how all this porn malware keeps coming up, or may be stuck in traffic, whatever the case something will cause one of you to miss your show. Your significant other may say “I’ll wait till you get home to watch it.” Yeah, they may SAY that but then you walk in having just gotten their favorite ice cream and wine just to hit the living room and see them credits rolling. They’ll give you that “Oh..I..I couldn’t wait. I’m so sorry” and you’ll be all “Oh, it’s fine.” Then they’re running late one day and you try to to that moral high ground but figure:

You: Well…they did see an episode without me that one time. Man, I bet nothing interesting even happe– OOH SHIT THE ROCK IS IN THIS EPISODE?!!?!? *important characters dies* FUCK…FUCK…FUCK..ARGHHH. Shit, do I tell (gender person identifies as) that I saw it? Or do I just watch it over again and act like I didn’t see it? THE TRUST IS BROKEN NOW! ARGHH THERE ARE TOO MANY LAYERS TO THE WEB OF LIES NOW!!

You may be sitting there saying “We’d never do that to each other”…hmmm mmm okay. I’m sure y’all mad stable. I’m just saying when you see 6 episodes without your significant other and then come clean, they will look at you with utter disgust and judgement. You’re going to excuse yourself to the bathroom, stare at your hands then at the mirror and say “What have I become? Who am I?” Just do yourself a favor and tell them before hand, yo. People gets serious about their TV partners man. Come clean…. Yeah I’m talking to you… Come clean yo. You can’t keep up the charade forever.

Payback
I’m by no means suggesting you do this, but let say you want some payback for whatever reason. I don’t know what your significant other did to you but let’s say they annoyed you somehow and you just want to get them back with something minuscule. Find what book, show, comic, etc. they love… and spoil it. Spoilers to how something ends or big reveals are death. There is no coming back from that shit. If you get in an argument and you threaten them with that ending man….. they will bend to your will. But realize it’s a two-way street and a most dangerous game.

Live Long and Prosper
It’s all about compromise man. Y’all may never see eye-to-eye on why you go so hard for Wakanda and they don’t because it’s fictional and feel that if Marvel were going to give the most technologically advanced place in their universe the location in Africa it should be one of its actual 55 nations since everything else is supposed to be placed in real life locations. You gotta let that…(It’s freaking Wakanda man! This was back when!)… Let It Go man. You gotta be glad you got someone that’ll ride for a good 73.2% of the other obscure stuff ya into or you’re getting someone that is putting you onto to a bunch of genres you can delve into. It’s all about providing balance in the force… or in The Quiet (like 2 people are going to get that “The Quiet” reference and that’s okay).