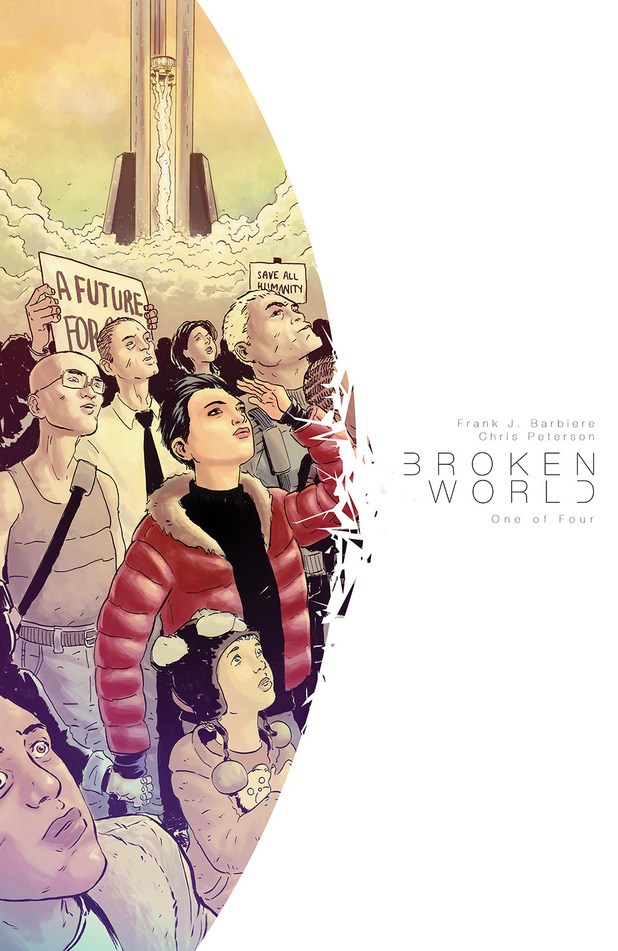 This is an advanced review as the comic will be available June 3, 2015. Some minor spoilers below.

Boom! Studios is a comic book publishing company that is home to a handful of my favorite comics which include Help Us Great Warrior and Lumberjanes. It is also home to a new mini-series of the sci-fi genre titled Broken World from the talents of creators Frank J. Barbiere and Christopher Peterson. Now, what’s NOT a major spoiler here? In this book, the world is ending. Time on Earth is quickly coming to an end for a meteor is headed this way and it’s going to wipe life as we know it off the face of the planet. Yes, the proverbial feces is about to hit the fan here for people on Earth. But never fear: the government has been evacuating people left and right and people, well, most people are going to escape this cruel fate.

“What would you do if the world was coming to an end and you were left off the list on a lifeboat off this planet?” 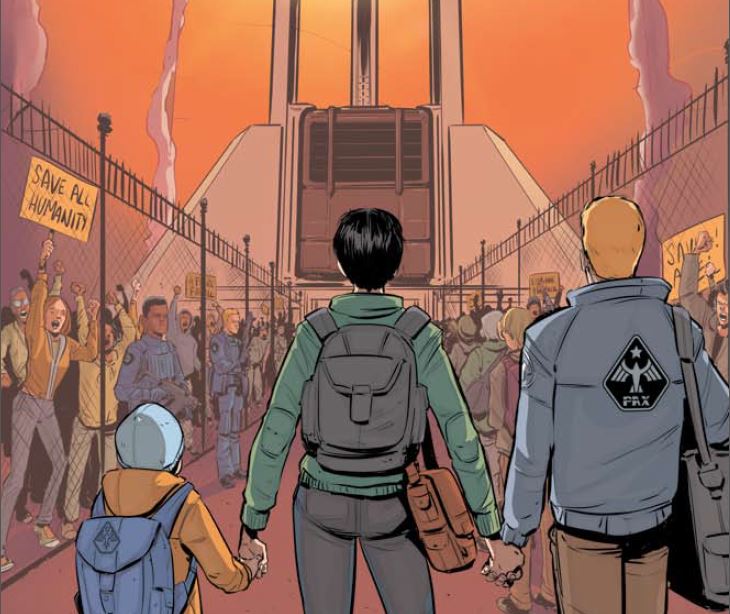 Enter Elena Marlowe, our protagonist. She’s a mother. A wife. A teacher….she’s also a woman with a past that has managed to live quietly without raising any red flags. She’s a woman of secrets and she’s trying to die with them. She aims to board a vessel in space to her new life with her husband and son, escaping certain death being left here on Earth. She also aims to escape the madness that will soon come for those unlucky enough to be left behind. Unwilling to chance that she falls back on her version of “Plan B” to procure a doctored up I.D. for herself just in case ’cause she ain’t trying to be on this rock when that meteor comes this way. 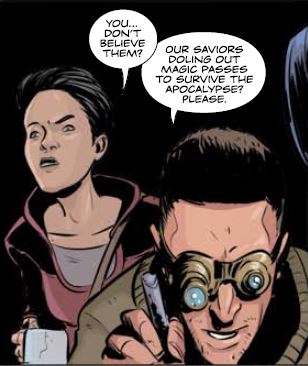 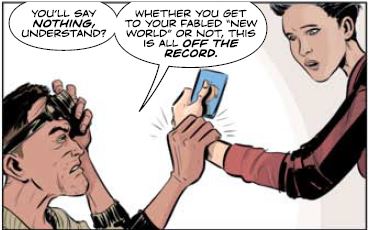 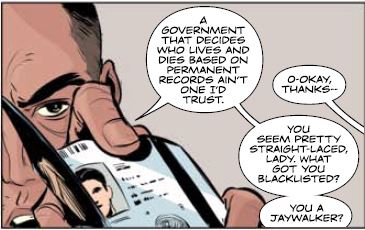 This issue does a great job in the set up of the story: world on the brink of apocalypse. A main character seemingly set on a certain path with a main objective in mind. Elena hasn’t had time to fully ponder the government she’s put so much trust in: just how are the people who are handpicked for the “new world” picked? Are the folks already evacuated really safe and sound just out of the Earth’s orbit? She naively tells another man whom she had been conversing with who she knows doesn’t have a free ride like she does that she hopes she’ll “see him on the other side”. Her privilege stands out like an oasis in the middle of a desert mirage.  She even goes to work with this same frame of mind telling a joke that rubs me as really insensitive when I think of all the kids that aren’t in her class, that don’t live in her neighborhood that she won’t see on launch day. 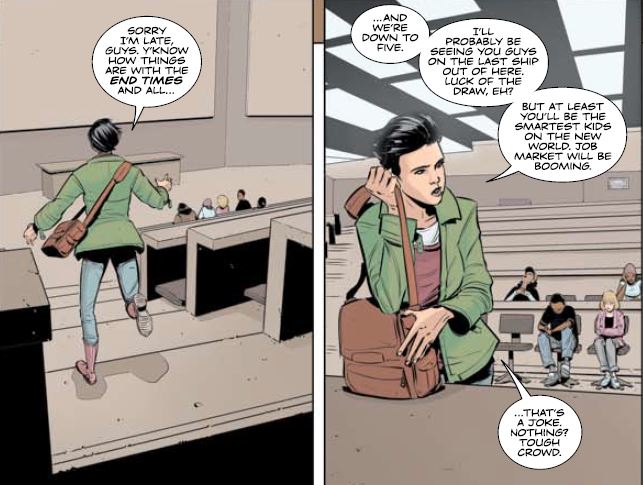 It seems like there was a sort of lottery set in place for the people of Earth and of course, not everyone can be so lucky. A little later, Elena thinks on this and what will await the people left behind, she’s torn. But still set on leaving soon with her family convinced that there is nothing that she can truly do. There’s protestor groups, people with much influence attempting to guide those who will be behind into newly created faiths and scores of people contempt to live their last days with the few comforts that they have left. Life sure does come at your fast as Elena finds out on boarding day when she’s pulled out of line from her family, separated from a life beyond Earth and the catastrophe coming this way.

Broken World has been described as a book that “will explore the lives of people left behind in the apocalypse”.  It’s also suggested for fans of a few titles including Y: The Last Man because it appears to be a survival adventure/thriller themed comic. Either way, it looks off to a promising start especially with the twist left for readers in the last pages that really made my jaw drop. Despite the dreary coming of events happening in the world within these pages, the coloring job looks great, several pages really stand out in vivid color. The first issue of this four part mini-series is set to be released in June so be sure to pre-order it with this code Be sure to pre-order it with this code: Diamond Code: APR151199