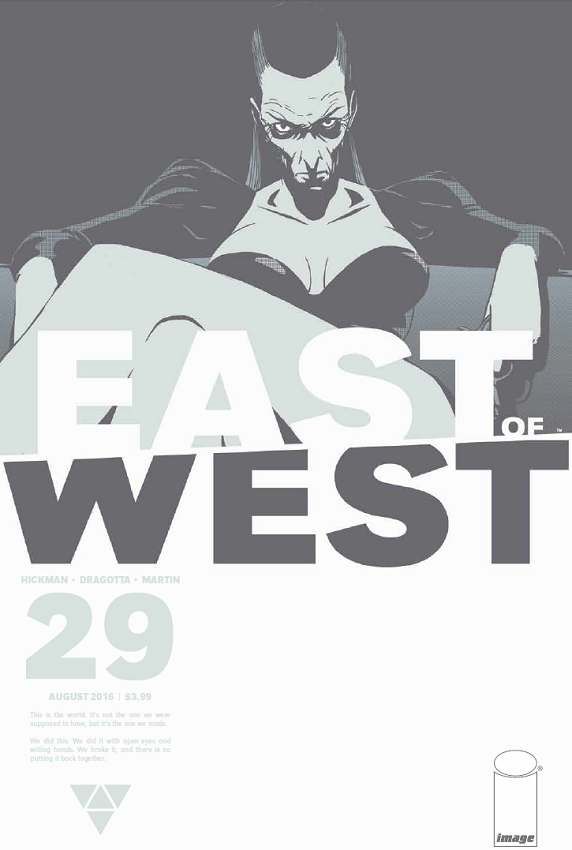 I’m not gonna lie. I love Hickman’s storytelling. But I’ve been hurt before. I thought after the incredible set up we got last month that this would be a lateral issue, moving away from Babylon and Death being in such close proximity. I thought we’d get more from the House of Mao or the Black Tower or something like that. Which would’ve been good, but not what I was really anticipating. Then with President Antonia on the cover, I was sure of it.

My bad. First panel out of the gate, it’s Babylon preparing for war and I basically ran around my office chanting “possible kill screen” to myself before continuing. It’s hard to review this without spoiling this, but I’ll say that I’m not sure what’s more enjoyable about Babylon’s fight with the hunters, the tactics used or the dialogue that occurs between him (or Balloon) and his assailants. It is balanced to almost perfection between being entertaining for the action and being entertaining for the exposition, which is something Hickman fits into the middle of a fight. I’m not sure we have a firm grip on this man’s wizardry. What eventually comes is the meetup between Death and the Beast, but I’ll leave you to wonder in what capacity that happens. 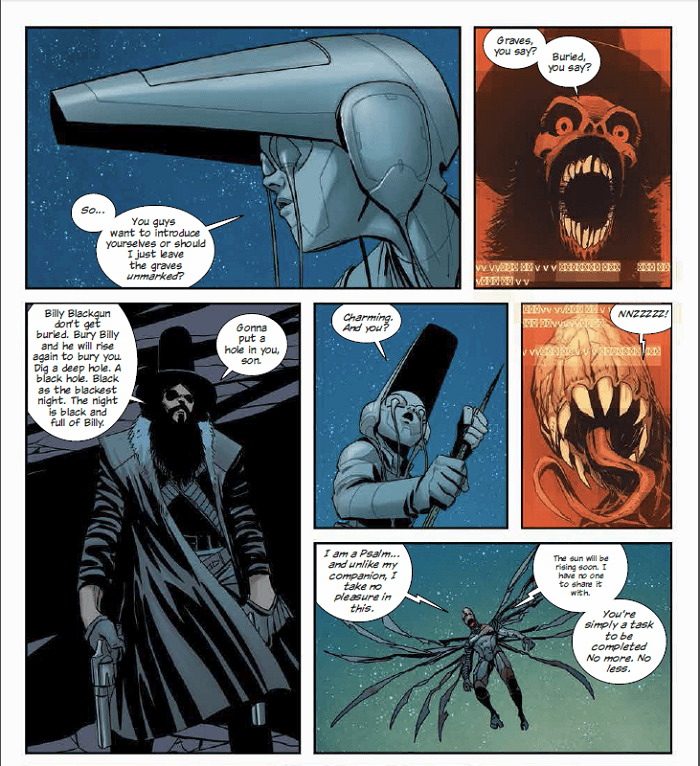 As always, the visuals are such a joy and are as important to this story as the written narrative. What Dragotta does with scale rivals just about anyone else in comic books. Everything feels epic. Every quick movement in the action feels significant and fatal. Even the calming moments near the end of the book (and year two) are handled expertly. Together this book is really just too good when everything is hitting. And the last few issues, it has been.

East of West ends year two in spectacular fashion and the ending is like the beginning as we spin towards year three. Hickman and Dragotta are still making a great book. What a time to be alive.