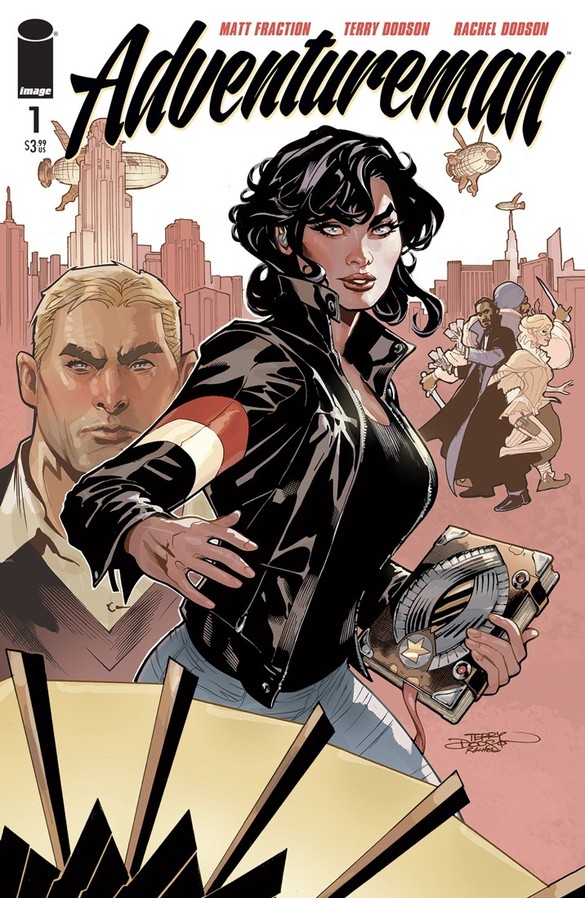 I love pulp. Not in the context of orange juice, but in the context of fiction. I love the over-the-top dramatics. I love the exaggeration and examination of trope. I love when creators lean a little harder into the theatrics. I love the ability to open up a new book and instantly smile at the ridiculousness of the world and be like “OK. I’m in.” And if the circumstances are such that the extra pulpy nature of a story is in service of a greater plot, even better. And I’m happy to say that Adventureman embraces that pulp from its bombastic preview on Image’s website to the opening pages of this triple length first issue. 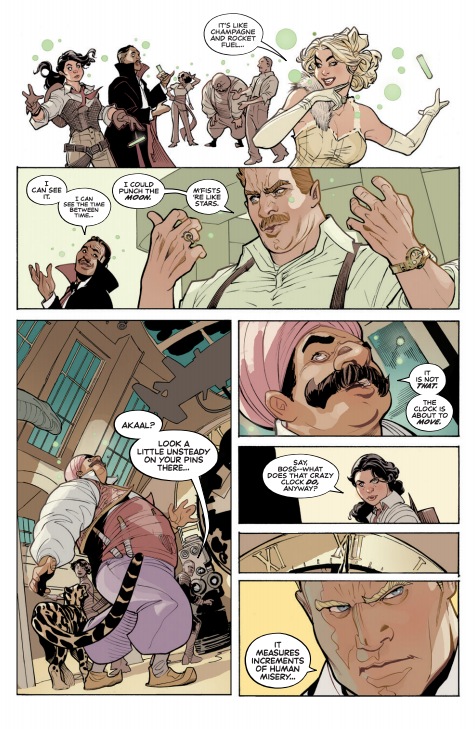 Ostensibly, a comic called Adventureman would prominently feature the exploits of a character named Adventureman. While that is true to a point, Adventureman #1 first act is actually the conclusion of his story before seguing into the life of Claire, a single mom, and Tommy, her son, who are apparently reading the text of an old novel.

So, in this thrice long issue, we have two central narrative lines. The “Adventureman” half is classic pulp superhero stories at its finest. Fraction is clearly having the time of his life writing the ham-fisted dialog and Terry Dodson and Rachel Dodson also revel in the design freedoms afforded by heroes with names like “BRAWLER OF THE BOWERY” and “Phanedra Phantom,” and villains like “Baroness Bizarre”, “The Auomaterror”, and “METAMAGE.” It’s buck wild in the best way and feels ripped from a long forgotten foray of a fiction novel you once read till the spine was worn from reading and rereading.

Then, the story pivots. It turns and the exploits of Adventureman are just a story that Claire is reading to her son, and her life is not nearly as fantastical, although it’s clear from the get that the two worlds are gonna collide sooner rather than later. Claire’s half of the comic stands in stark contrast from the pulp that preceded it, but we see the worlds are bridged together, how the escapism helps her with her own messy complicated life. It feels deeply personal, and Fraction textures the narrative with exacting details and beautiful language that is further extenuating by the excellent character work that Terry and Rachel Dodson crafted. 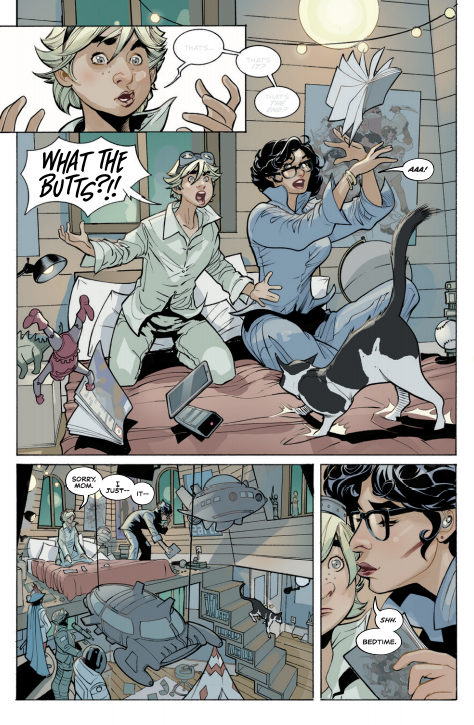 Ultimately, Adventureman #1 is a fantastic introduction to two different worlds, one grounded in cataclysmic ends and earth shattering revelations and one grounded in the day to day life of a single mom and their extended family. The characters on both sides of the coin are endearing and beauitfully drawn, and books like these are why I love comics: the sheer audacity, the genuine warmth, the emphasis on why stories matter.