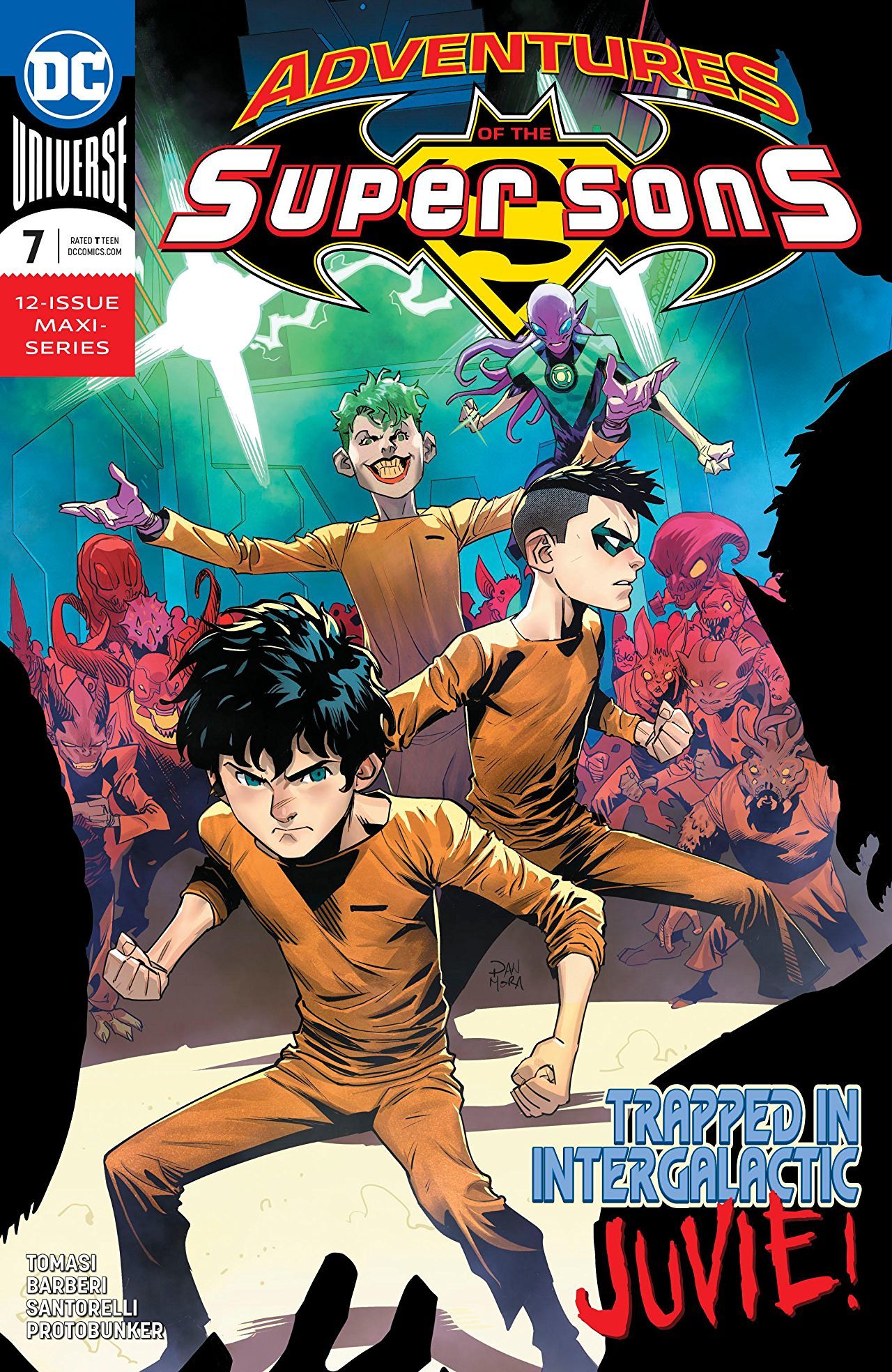 I don’t think I ever expected to end up in an intergalactic juvie hall as the backdrop for the back half of the Adventures of the Super Sons maxi-series, but I suppose part of the reason that I love the series so much is that it has taken Jon Kent and Damian Wayne entirely out of their usual comfort zone and place them in increasingly silly situations that serve only to highlight the eternal hope, joy, and good will that are contained within two of my favorite DC characters. And, on occasion, side-characters who I find myself surprisingly endeared with as well.

After the cold opening featuring a brief interaction between Joker Jr., Grundette, and Rex, we pivot over to Damian as he lives out a cyberpunk film noir episode. Now, I’ve gone on the record many a time that I have a much closer affinity to Jonathan Kent, but Damian (when he’s not being an ultraviolent asshole) synthesizes all of the great things about the Batfamily: the swagger, the skill, the snark. Tomasi writes him exactly as the arrogant 15-year-old who can mostly back up his trash talk, and it’s wonderfully… middle school? I guess what I’m saying is that it’s fun. It’s a kid’s version of Blade Runner with the not-quite-hardboiled detective in search of his missing companions as he runs into colorful casts of characters. It works largely because Tomasi gets to riff and because Barberi gets to show off. 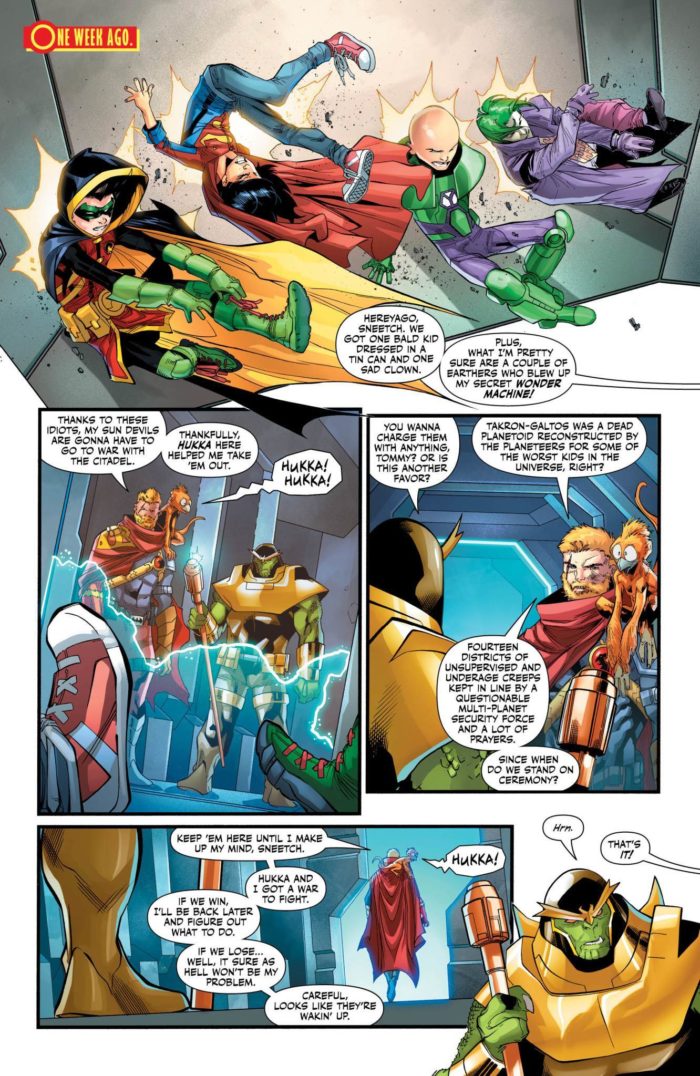 The intergalactic juvie planet is your expected mix of foreboding geometries and neon lights at every vendor. Barberi takes cues from various futuristic film noirs, while very much anchoring it on giving Robin so many dynamic entrances that if it were any other character it wouldn’t be funny, but because it’s Damian “I give zero #@$%s about you, criminal” Wayne it’s perfect.

Adventures of the Super Sons is your monthly dose of technicolor youth heroes being joyful even in difficult scenarios. It’s an animated series that will hook younger readers and will keep older readers smiling with their various homages and deep cuts into the DC Universe. Adventures of the Super Sons #7 is a strong opener for this last act, and I can’t wait to see where it goes next.