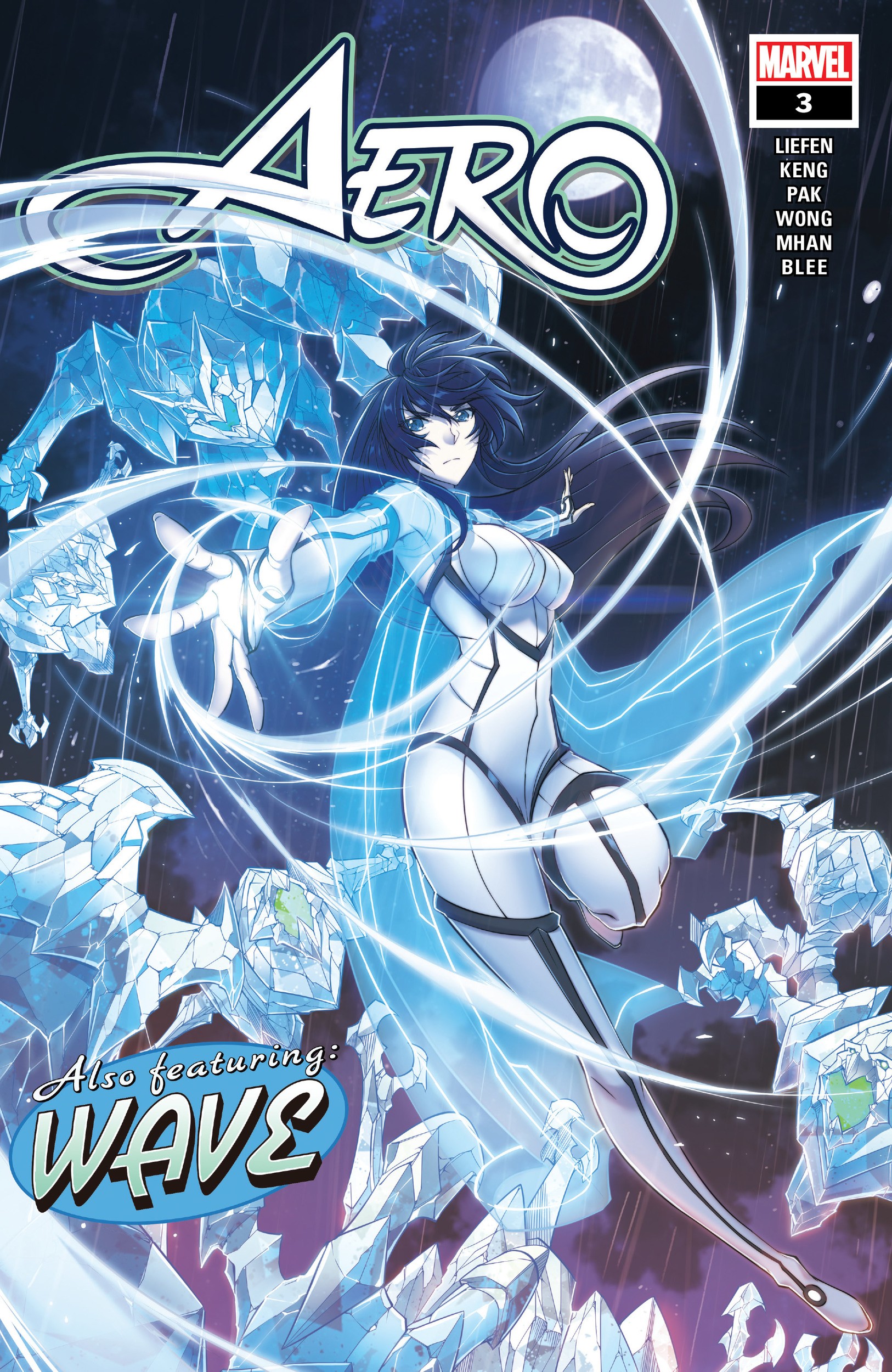 Three issues into Aero and Aero & Wave, there is a pretty comfortable rhythm in place. The Aero story provides a kinetic, action-oriented series of events punctuated by brief moments of exposition and characterization. We then abruptly transition into Aero and Wave having a slightly more nuanced, in-depth partnership that in turn is accented with their splashy elemental powers. For the past two months, we’ve had this formula in play and as we approach the third, the quality of the stories presented has remained consistent. However, the precise pacing of the issue is beginning to falter. 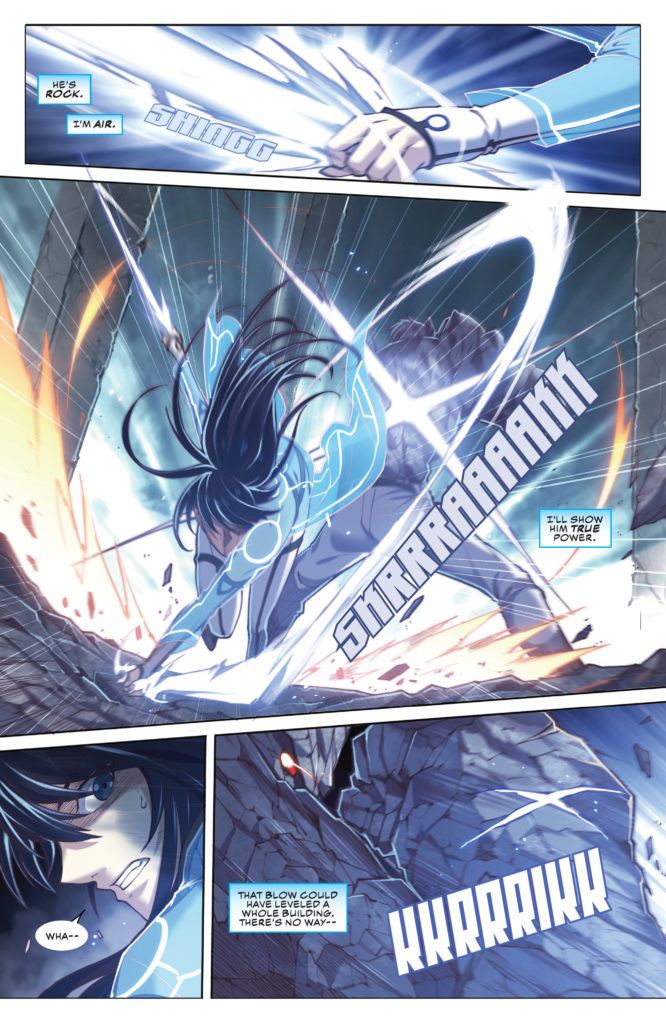 On its own, the main story of Aero as written by Liefen and adapted by Pak and illustrated by Keng is a visual delight. You can tell that it wasn’t designed with a Western audience in mind, even with its 20-page format and classic superhero tropes. However, a lot of Aero feels like it has more flair than substance. And don’t get me wrong, it’s a beautifully illustrated comic and the action, set pieces, and the glimpses into Lei Ling’s personal life are welcome gifts. However, this third issue spends the majority of time lingering in the spectacle of battle and Aero’s solo story ends up feeling like it should be the supplement rather than the main course.

Conversely, the Aero & Wave content is absolutely stellar. Wong and Pak work seamlessly together to craft a compelling narrative as illustrated by Mhan and colored by Blee, but this was the first time in the series that this felt woefully short. A mere ten pages to an arguably more complex, more compelling story no longer feels like enough, especially since its climax and cliffhangers have more ambiguity in the exact outcome. Aero’s solo fight feels familiar (in a good way) as an introduction to a villain. Aero and Wave’s journey to regain the Triumph Division’s trust feels more open-ended, less constrained by convention. It’s the more intriguing of the stories this issue, and it’s also getting half the page count. 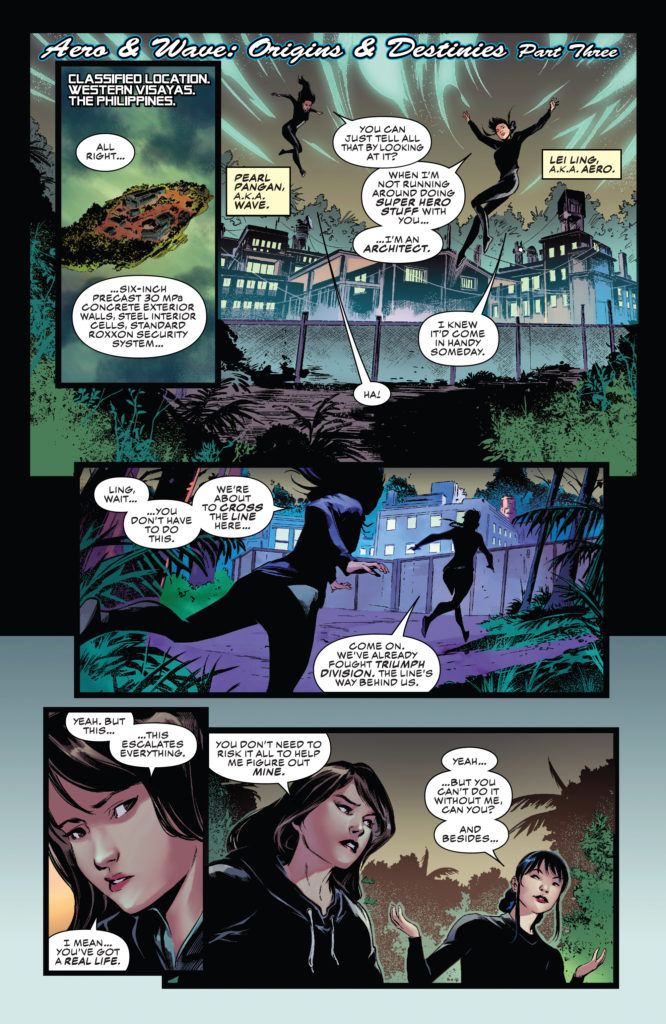 All in all, I still love seeing Aero when it comes around. In many ways, it’s a testament to the Leifen-Pak partnership that I’m already so comfortable with Aero as a character that I want to see her interact with a larger universe. But as it stands, the pacing just feels a little odd this third issue.