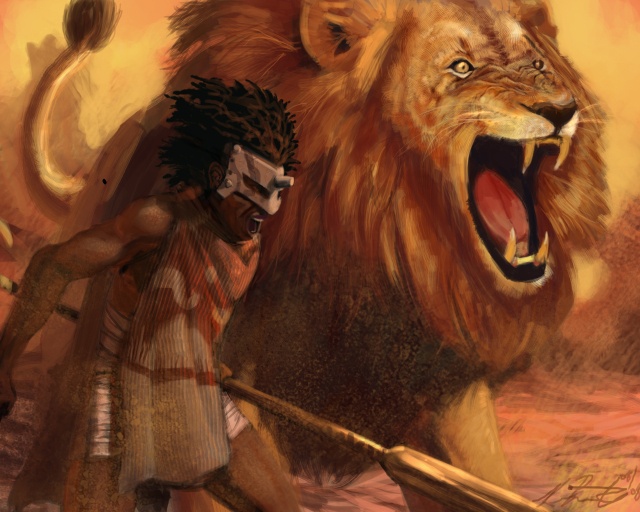 There’s a video game series folks may or may not be too familiar with called Dynasty Warriors. It tells the tale of the Shu, Wu, and Wei kingdom from the book The Romance Of The Three Kingdoms. We follow each member of the dynasty as they help their king accomplish their goals, and each soldier has their own story and weapon in order to keep things fun. This is a great mash up game that has continued into numerous series, adding more and more characters. Dynasty Warriors is such a cult classic that it even had a spin off with Samurai Warriors highlighting Japanese heroes such as Sanada Yikumura and legendary ninja Hattori Hanzo. The dope part about these series are that you are learning history as well as the mythology of these other cultures.

[divider type=”space_thin”]
I honestly love this franchise and, back in the early stages after the Samurai Warriors spin-off back in high school, used to talk with my best friend about how incredible it would be if the gamers were to do a series in the same light but taking place across the scale of Africa and its vast nations. We knew there was only one name that would suit as the title… African Warriors. Years later after booking a flight to visit South Africa (shout out to LDRs) I got to learn about the multiple tribes and cultures that are apart of the history of land. Now, while our Editor-in-Chief Will appreciates the technological marvel of guns (especially via video games), I’m more partial to classic weapons (swords, bow & arrow, etc) and I visited the South African Museum in hopes of finding out more about the history of the tribes, the types of weapons they fought with, battles they took part in, and other things of that nature.

I was told (to my disappointment) the museum mostly highlights the history of South Africa post-colonization. However, I was optimistic that perhaps there had to be some history dedicated to the people of the land prior. Bruh, I got up in there and saw weapons from all over the world (Italy, France, Germany) while one of the most famous tribes in South Africa known as the Zulu had about one to three displays in the museum. I’m looking around like wait… this is it though?

The museum doesn’t highlight the history of the people of the land pre-colonization… like at all. This made me think back to the African Warriors game that I used to hope would be made. I wanted it to debut now more than ever. I’d have gotten more from the game about the history of the tribes and people of South Africa than the museum. I had the entire game mapped out as I stared out the window into the void of somber disappointment. Of course you could start with the Zulu and play as one of their most well-known kings, Shaka. The Zulu fought with the spear (the hunting spear had a barb wire-like addition to the tip) and a shield made of animal hide, but that wasn’t all of their arsenal. There was also the Knobkierie, which was used for clubbing animals during the hunt, and the Iklwa (stabbing spear) that Shaka invented to allow the user better maneuverability in close-quarters combat as opposed to the throwing spear. This straight up revolutionized the warfare game. This is also a dude whose buffalo formation attack strategy was utilized by Napoleon (wonder why that ain’t in history’s cliff notes). 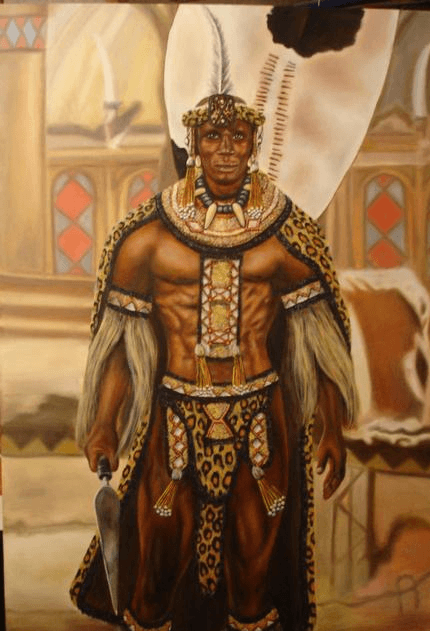 We could see the kings that came prior up until Shaka’s rule and the his unification of the Zulu nations. The story doesn’t have to end with him — there could be a story line depicting the Xhosa that broke apart from the Zulu kingdom to form their own (they share a friendly rivalry presently). Another story line could be that of Queen Modjadji (The Rain Queen) as a friend had mentioned to me. “This is a queen of the only matriarchy in South Africa. She is able to control the weather and there isn’t anyone that wanted her wrath.” If she sounds familiar then you would be thinking about Storm who has been remixed with extremely atypical white hair and blue eyes back here in the states. 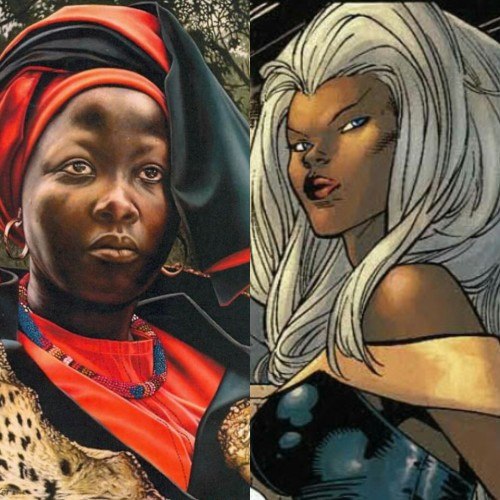 The game would highlight not only the actual queens, kings, and soldiers of African countries, but their myths, folklore, and actual battles as well. I think this would be the game where we see the tribes fighting against colonial powers to a different degree. One battle site that is the most famous is The Battle Isandlwana where Zulu army actually defeated the British. The Brits had guns, however ammo runs out and this was a battle where they learned their hand-to-hand game was straight up trash. There’s another site in West Africa (Ghana) where the Ashanti tribe fought off the Brits as they tried to claim the Ashanti’s royal and divine throne, The Golden Stool. The Ashanti held them off numerous times in what become known as The War of The Golden Stool.

There’s a myriad of tribes, nations, history, folklore and myths that would be documented in such a game. Sad as it is that certain museums don’t document the actual history of the people whose land was occupied, there are still books that do. My father taught me the majority of the history I know from these battles, while that friend informed me of her Zulu history first hand. I think if someone were to develop African Warriors, it would be the shit that cats would make a cult classic game, the best part being that it’s literally a hands-on educational experience.

I’m just trying to put the idea out into the world, man.