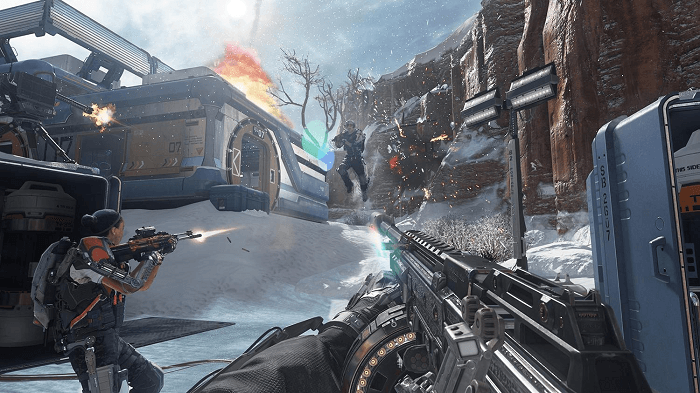 Here is a simple truth when it comes to me: I think guns are cool. I think guns are cool in the way that I think an electric toothbrush is cool. Or a V8 engine is cool. I think guns are cool in the way I think it’s cool that my daughter looks both like my wife and I or the way that aloe seems to heal everything. To paraphrase Walter White, sometimes it really is about the science and there is no denying the technological marvel that is the firearm for what it is capable of, regardless of intent or result. That’s a huge, unfair “regardless” there, but we’ll circle back to that. And as cool as guns are in that modern invention kind of way, it’s only half the story. The more nefarious side is that I enjoy what guns can do in the fictional abstract. It isn’t really honest to say that I think an AK-47 with a ridiculous high rate of fire is cool and not group that the sheer violence of it’s bullets ripping through something with furious tenacity. So yes, that means that it isn’t honest for me say that I enjoy Rick Grimes spraying automatic vengeance without the people of Terminus being the bullet sponges. Admitting you enjoy watching violent ballistic death on TV doesn’t make me a sociopath (I don’t think) because it is so wildly enjoyed by others, but it is a bit alarming to say it out loud like that. Even then, that’s watching gun violence, that’s not the act of doing it, so that adds another level between what we would start to consider problematic right?

Well, what about video games? I game. Hard. I’ve logged well over 100 hours of Destiny, a first person shooter from developer Bungie, famous for the Halo franchise (yes, the game just came out in September and no, I don’t feel the least bit bad about that number). As most FPS games, you play 85% of your time in the game aiming down the sights, killing everything unlucky enough to be in your path and have hit points for health. Like most shooters, Destiny rewards you for being precise. They’re called precision shots here in lieu of “headshots” mostly because there is an enemy variant where their most vulnerable spot is in their abdomen. Still, hitting these spots reward you with extra damage and a bit of visual flare. Shoot a Cabal enemy in the head and watch it explode into gas and toxins as it’s body hits the ground limply, possibly rewarding you with another weapon or more ammo for your current one. It is satisfying and only feeds your hunger to keep doing it. But to be fair these are aliens you’re shooting, a fictional genocide to take part in. It’s not like they are human or anything. Not like you can do that… 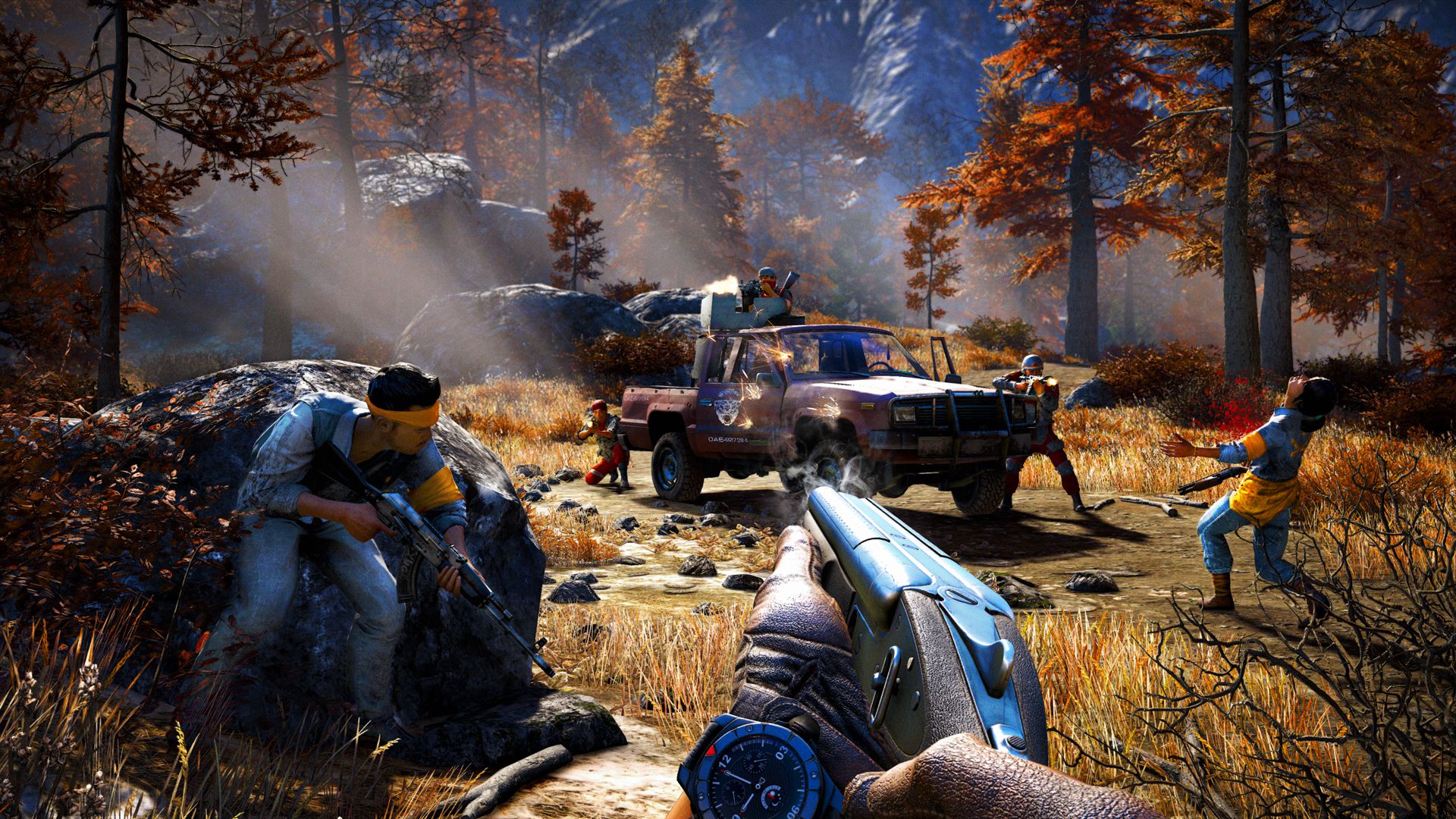 The first time I saw a real gun was probably when I was about 12 or 13. The first person I remember knowing that lost their life to a bullet was the summer before my 14th birthday, though I expect it may have happened before that, but I just didn’t know any better and nobody bothered to sully me with the truth. I’d love to say that was the last time I lost a friend to the barrel but it wasn’t and it didn’t necessarily slow down as I grew up either, except the number of “eligible” friends for such violence began to narrow itself. Twenty years later, I have collected a small society of men and women that I once spoke with, embraced, played ball with, went to parties with, attending homeroom with and loved that no longer walk among us, specifically because their bodies were not stronger then the lead that invaded them. Some of them were innocent law-abiding citizens, some of them were less so. For those reasons, I don’t own a gun now and never plan to.

Plenty of men like me, family men who feel responsible for their family’s protection have elected to invest in weaponry or carry on themselves, and I get it. Ultimately, it feels like a flawed premise to me when you calculate the number of home invasions compared to the number of accidental shootings in the home, but that’s not really the point. For some men and women, a gun makes them feel safer and provided that it doesn’t mean that fear spills over to the innocent people (which, sadly, it does all the time), then I could at least see the premise, even if the follow through is seldom that innocent. I still believe that 80% of gun advocate arguments are really just “because I want to” not “because I need to,” but I can’t always fault the possibility of protecting one’s self in it’s purest intent.

In 2010, a guy I had known for almost 10 years was gunned down in front of his family because he got into an argument with a guy at the movies the week prior. Three days after the funeral, I played Call of Duty: Black Ops with his younger brother. We spent two hours shooting 50 times more bullets into faceless fictional terrorists than were thrown into his older brother. And we did it in silence, focused and unyielding. Video game killing sometimes isn’t always a zero sum gain. Characters appear, you kill them and they disappear. You stand up from your chair having killed everyone and no one simultaneously. But that doesn’t mean that the bodies don’t go somewhere.

Is it as easy as saying, “well that’s fiction?” I tend to think so. I become bothered, actually angered whenever some young guy goes on a shooting spree and the first thing they do is see what music he listened to and what video games he played. Maybe that started with Columbine and followed many years later by Virginia Tech, where video games became a punching bag for every disturbed and fatally violent kid under 35 that became synonymous with tragedy. FPS games and GTA are always the first dartboards raised when politicians want to plant their flag with their solution for curbing youth violence (something my Democratic bones still hold firmly against Hillary Rodham to this day). I never believed that. The same way that political cartoons didn’t “create” murderers in Paris, but served as their excuse or muse, Rockstar Games don’t “create” murderers as much as giving every schmoe like myself a playground to run around in with no limits whatsoever. 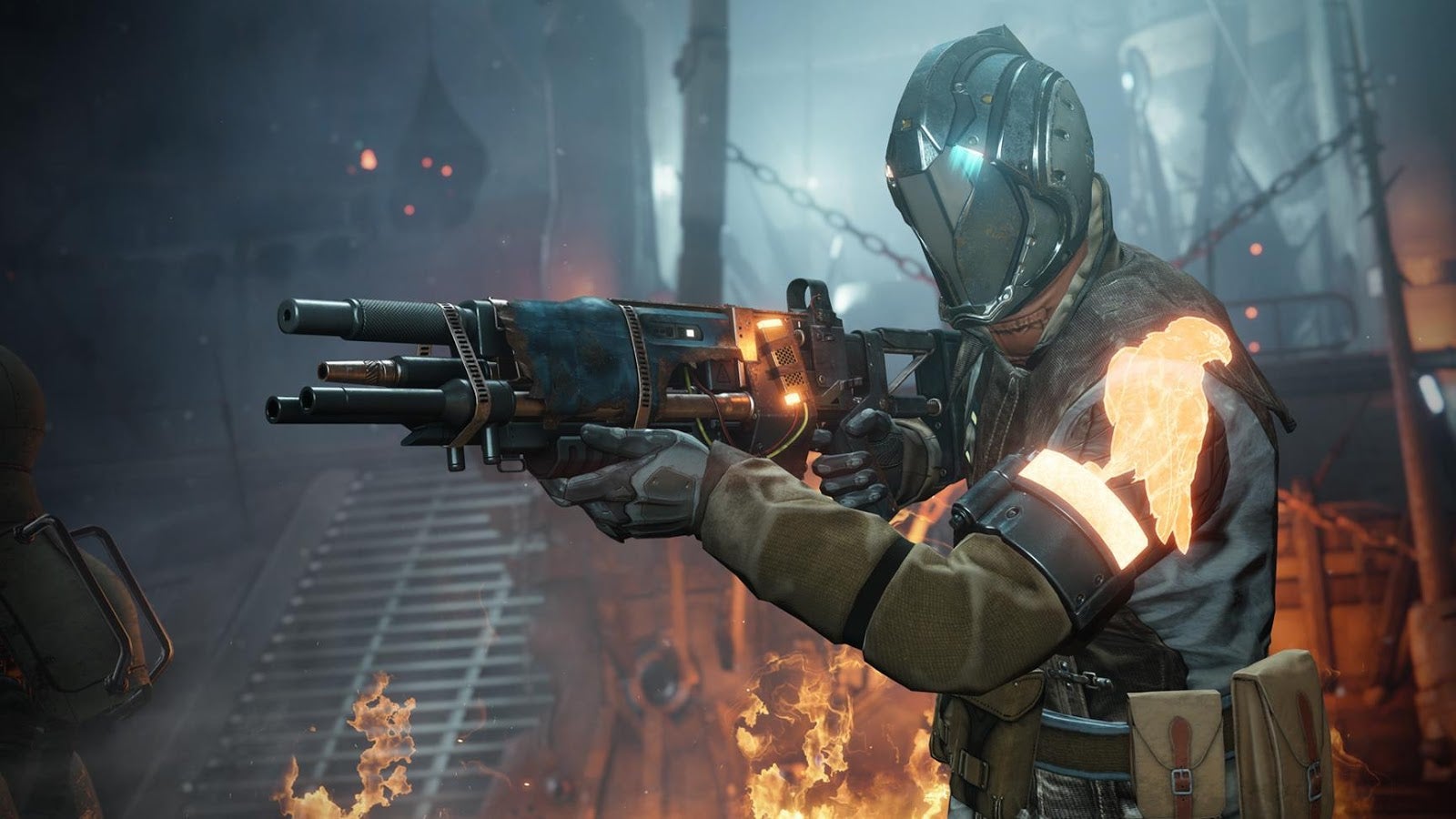 And yet, that doesn’t mean I spend daughter-daddy time with my three-year-old showing her around Liberty City while I mow down civilians in a sports car while spraying a Tec-9 out of the window. That doesn’t prove a counter to my defense that games aren’t a deadly conduit in school shootings or the like, it’s just common sense of letting my daughter stumble onto complex subject matters organically or at a time where she can navigate the issues of violence and at her own pace, not at mine. I wouldn’t sit her down in front of Californication either. Narrowing down video games or most mainstream media as a cause for behaviors that seem extreme or outside of societal norms also ignores mental health or real-world environments, both of which are becoming more prevalent in explaining shooting tragedies.

And yet, it is still hard to ignore just the sheer amount of violence I consume in my media without flinching as some real-world gun deaths cost me sleep. I think about the massacre in Nigeria that just happened, how men marched into town after town, killing innocent civilians and how sick that makes me. There’s a level in Call of Duty: Modern Warfare 2 called “No Russian” where you play as a double agent participating in a terrorist attack in an airport where you and your comrades fill the terminal with M60 rounds. The level was so controversial because you were tasked with killing civilians and the game actually let you skip the level if you wanted to. My friend still gives me grief because I didn’t hesitate whatsoever, marching from hall to hall killing innocent civilians.

On most days, it doesn’t matter to me. I’m grown and mature enough to never mix my Payday 2 with my weekly visit to the bank. But I have more days than I used to where it all feels a bit much, and my appetite for gaming has me sideline the shooters for a few days in favor of something more fanciful like Dragon Age: Inquisition or something lacking in combat altogether like Forza Horizon 2. Maybe it’s just me getting older, maybe there’s a cumulative effect. Or maybe, how we digest violence, realistic or not, is more complicated than we think.