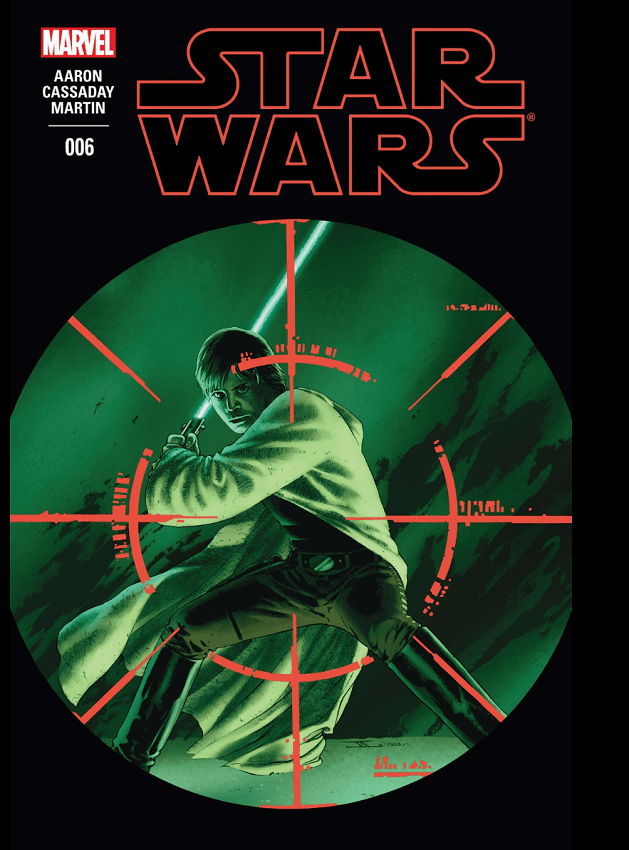 Look, I don’t know how this Star Wars comic book is so damn good, it just is. Every issue, while being new and nuanced, takes on the familiar Star Wars tale and this absolutely feels like it could’ve been written in the 70s between the movies. Starting where it left off with a blinded Luke Skywalker and the best bounty hunter in the world, this hardly seemed like a fair fight. Well, you shouldn’t doubt the force, man. This fight lives up to your every expectation as both show their resources with a surprise here or two. 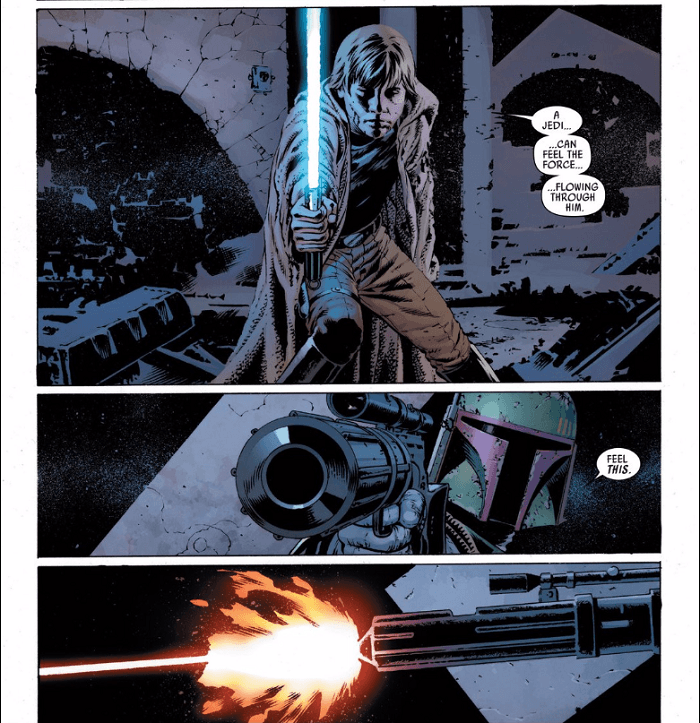 [divider type=”space_thin”]
Speaking of surprises, I won’t spoil it, but the side of this issue dealing with Leia and Han Solo is no slouch either. It’s so familiar and lockstep with the interaction you expect from these two, you’d swear it was the from the cutting room floor from the original flicks. All in all, this this feels like home, per usual, for this book.

And I don’t think I can say much more about John Cassady that hasn’t been said before except that he’s the perfect pick for this comic and he never takes a break from being great on this book. The characterizations are top notch, the action is superb, and the versatility is always present.

This continues to be a really fun book to read, giving new stories and nostalgia to Star Wars fans. Well worth the read.