From start to finish, there are Black women present, on screen in the trailer of Mino: A Diasporic Myth.

The trailer opens to an idyllic place in time, the first shots are of a group of Black women out and about chatting in the sun, gathering all the greens and all the vegetables. This is a haven, a utopia of women only, living their best lives in the year of 2079. This trailer is for a film about a coven of Black women who can self-conceive and live without men, and it has been making waves on the film festival circuit winning the New Orleans Jury Award at the New Orleans Black Film Festival back in December 2019. From the glimpses of young women and older women featured in the trailer, I gather that Mino: A Diasporic Myth is, at its core, an Afrofuturistic tale about the power of relationships between Black women.

Southern born and raised in the heart of rural Georgia, Director Ashunda Norris has written, directed and produced films since she moved to LA some seven years ago. She’s also had the opportunity to edit a short documentary on location in Kampala, Uganda. Norris is currently touring with Mino on the film festival circuit. The film will be available for online viewing after its festival run. She is an up and coming breakout director with Black women at the forefront of her stories. As one to watch in the film industry, Ashunda’s work pays attention to detail and her vision in Mino, I’m told, forces audience members to react in unpredictable ways. With this premise, Norris remains fearless and steadfast in a male-dominated industry maintaining her connection to Black feminism.

Mino was introduced to audiences in Durham, North Carolina at the Hayti Heritage Film Festival on February 14, 2020. Mino will have its LA premiere at The Micheaux Film Festival in Downtown, Los Angeles on February 22, 2020 3:30 p.m. And will have its European premiere at Roze Filmdagen, Amsterdam’s LGTBQ Festival being held March 12 – 22, 2020. The film also screens at the 10th Annual Charlotte Black Film & Music Festival in Charlotte, North Carolina to be held April 23 – 26, 2020. 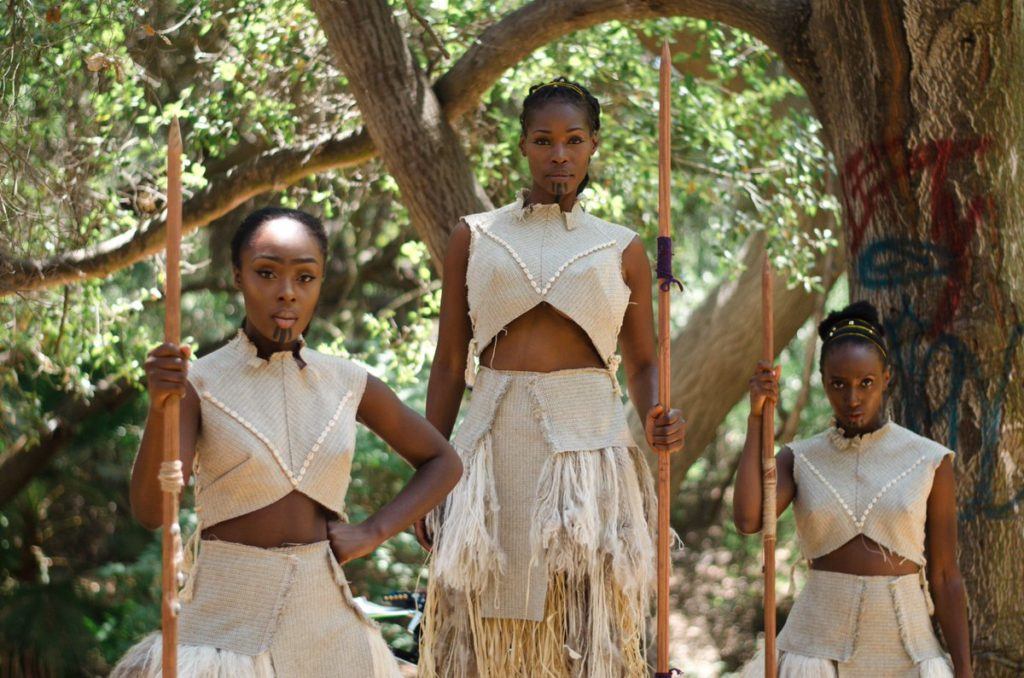 On the film, the director says:

“Mino: A Diasporic Myth is set in 2079 and tells the story of Black women, queer and non-queer, who govern their world with a firm but noble hand, where men no longer exist. The Bia womyn keep their orb safe by only birthing female beings.

” When one womyn new to the land, attempts to self-conceive a non-female, the Coven is forced to confront their own belief systems. Reactions from the audience have been have ranged from pure awe to emotional tears.”

And on filmmaking, she says:

“I’ve always loved movies, but I’m from a place where making films doesn’t seem real. The closest I got to films was going to Pat’s Video and renting as many movies as I could every single weekend.

I think if I knew when I was a little country girl that I could pick up a camera and get to making some pictures, I would have. Winning my first award at a Black Southern film festival was an absolute joy.

The film won the New Orleans Jury Award at the Black Film Festival of New Orleans, and I feel like my little Black girl self was granted a wish she didn’t know she had. I couldn’t have done any of it without my outstanding crew and phenomenal cast of Black women. I’m filled with limitless gratitude.” 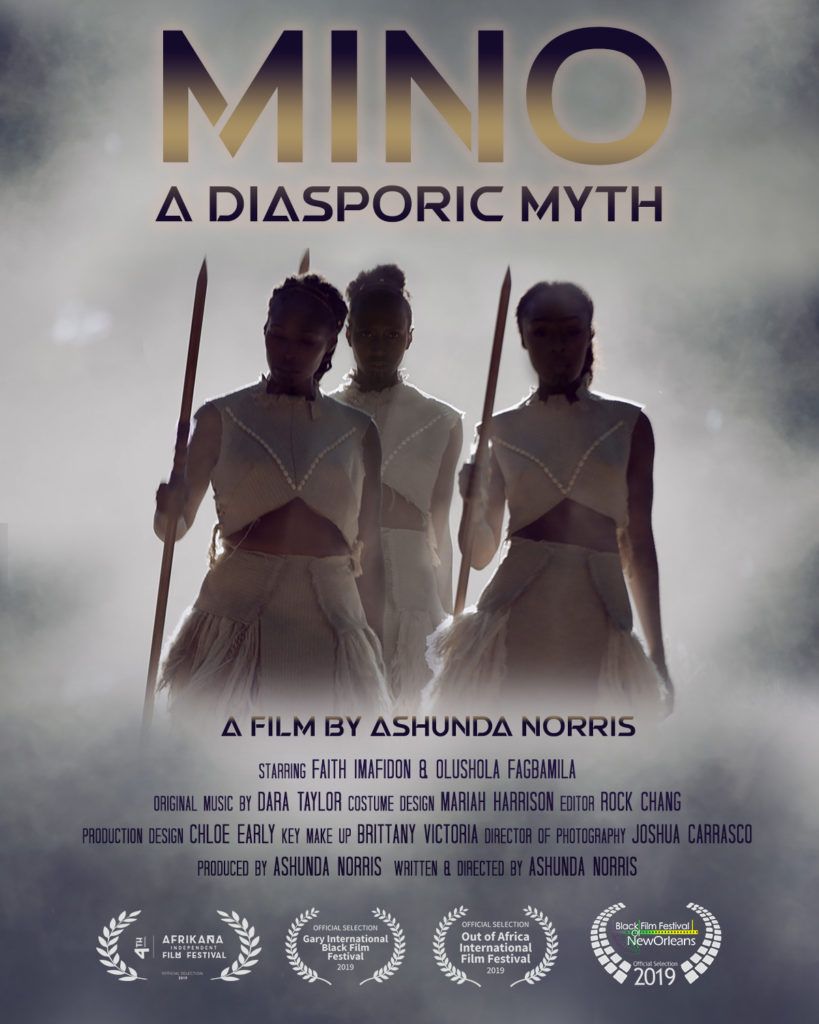 I’m really interested in seeing this intriguing narrative play out on the big screen. I’m eyeballing this story about this utopia of Black women forced to make big decisions about not just conception but their way of life and what their identity means to them. In this blessed place of Biamara, these Black women who can conceive without men must consider denouncing one of their own when she chooses to defy the all-female code and self-produce a male child. In the hands of writer and filmmaker Ashunda Norris and her cast and crew, I’m looking forward to seeing how this society of Black womenfolk thrive and survive the conflict that threatens their livelihood with upheaval.

See more about the film on its Instagram page here. Mino: A Diasporic Myth will have its LA premiere at The Micheaux Film Festival on February 22, 2020 in downtown Los Angeles at Regal LA Live. See here for tickets. See more of filmmaker Ashunda Norris on her personal website, Instagram and Twitter.