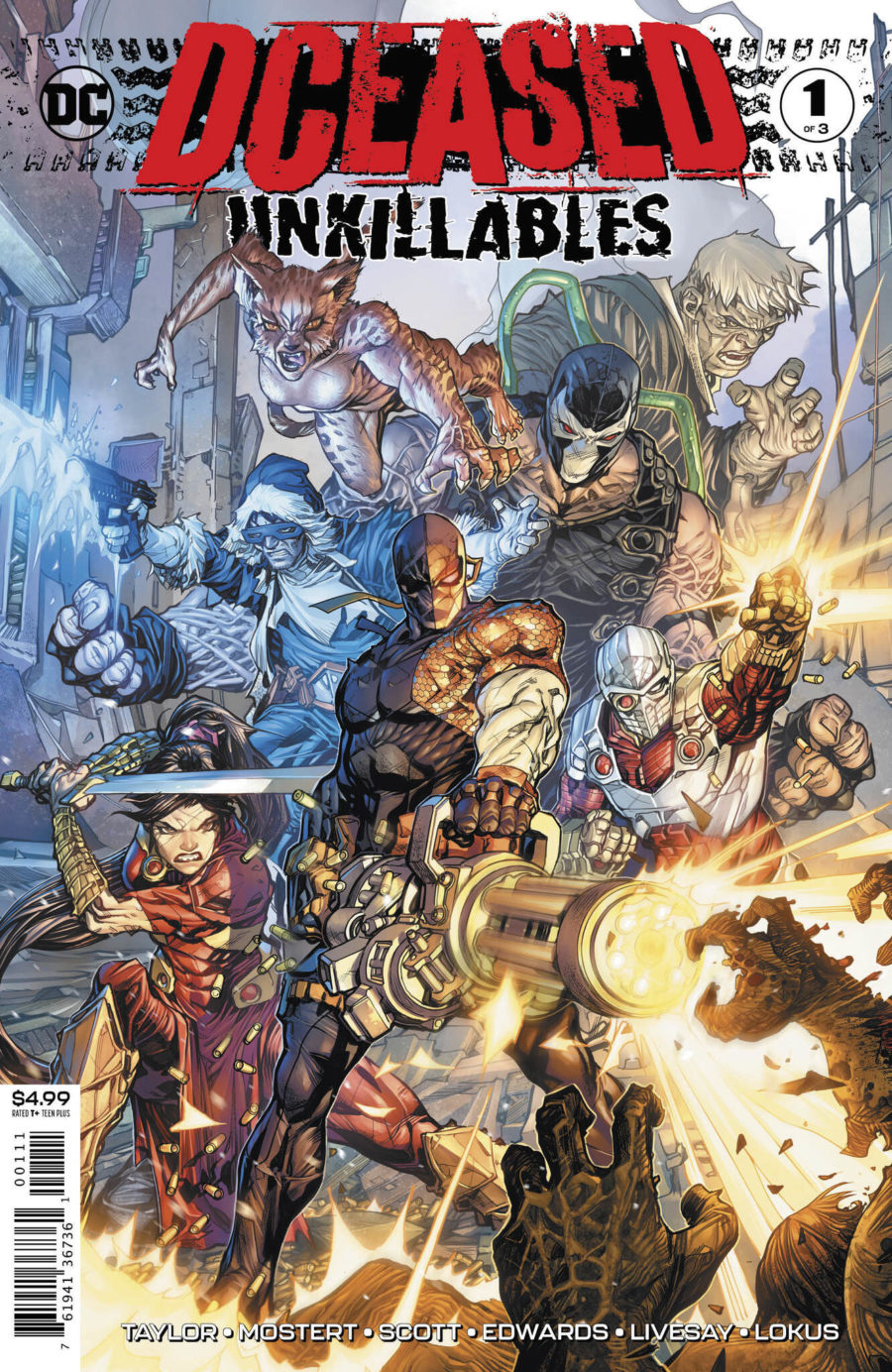 Spoilers for the original DCeased series

The original DCeased mini-series came out of nowhere last year and ended up being one of my favorite comics of 2019. And its popularity was immediately felt when we were graced with the first spin off DCeased: A Good Day to Die. Now, we’re fortunate to get even more insight into the twisted sandbox that Taylor has cultivated and infected with the Anti-Life Virus.

DCeased: Unkillables is not a sequel, but rather a companion piece to its parent material. The series focuses on what various villainous and anti-heroic characters were up to while the heroes were running damage control. From the jump, Taylor’s narrative is immediately engaging. We spend the opening pages seeing Deathstroke enter a very Kingsman-esque church fight sequence in Kentucky before pivoting over to Red Hood finding Batman, Nightwing, and Robin III dead in the Batcave. 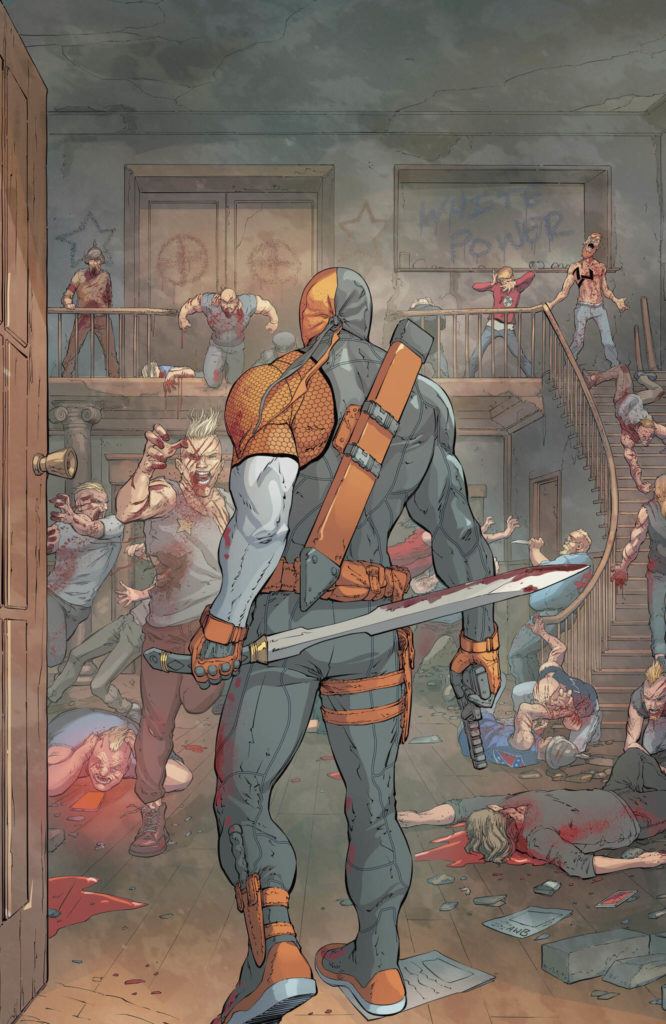 Whereas DCeased always had a very somber overtone, Unkillables is a little more cavalier and boisterous. The tone is fitting considering that most of the principles are unconventionally heroic at minimal. Taylor’s ability to weave lore and various plot points is still very commendable, and the ease of which you can line up events and timelines even though it’s been months between issues is commendable. The dialog is snappy and appropriately snarky, and there are plenty of emotional beats that ground some of the more wild actions of the characters. While not as tonally consistent, it still feels very much grounded in the not-exactly zombie apocalypse, and I’m more than willing to spend more time in the world.

Mostert’s pencils shine the most during the frantic sequences. The dynamic movements during the action are wonderful, but some of the slower more dramatic moments seem off at times. Some of the character designs feels off at times, but never enough to detract from the comic itself. Scott, Edward, and Livesay’s inks alongside Lokus’s colors visually tie Unkillables to the DCeased universe brilliantly, and Temofonte’s letters rounds out the pages in a style that is reminiscent of the parent series, while still retaining its own identity.

DCeased: Unkillables #1 does not immediately grab me like the original did, but as a fan of Taylor’s Elseworld I’m still very much invested in the different story lines he has set up. The world itself is fascinating and getting this unexpected expansion of scope is worth the investment in my eyes.