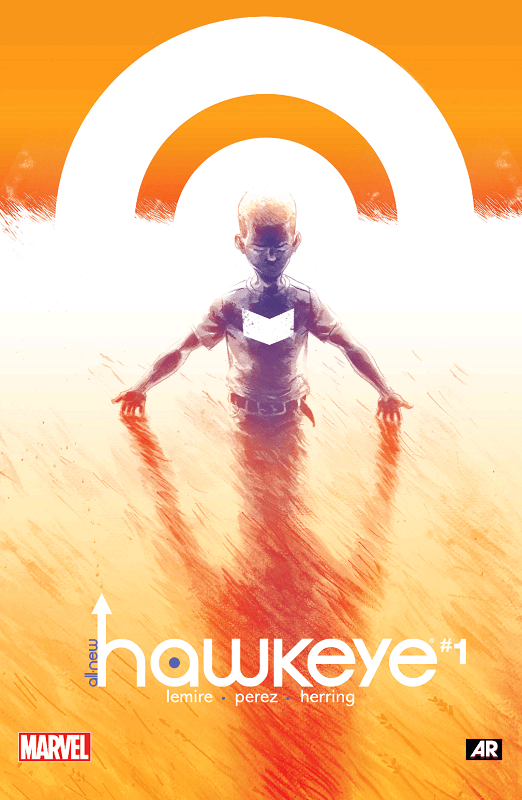 Let’s get this out of the way first so I can give this book as objective a look as possible. This is weird. Have comic books gone out of order before? Yes. Hell, THIS comic book has gone out of order before. But for such a celebrated arc to have its finale hanging out there well after the debut of the same character with a completely different creative team is definitely unique. I kind of look forward to hearing exactly what happened with Fraction and Aja’s Hawkeye concerning the release schedule juxtaposed with the fact that it was typically the best comic book out (when it was, ya know, out). That version of Hawkeye was the first comic book I ever committed to a monthly basis (when it got to issue #3, Omar insisted that if I was reading comics at all, I had to read Hawkeye), so the book holds a special place in my heart. Omar will review Hawkeye #22 when it comes out, the finale to the most successful Hawkeye run in the character’s history. Today, I’m (trying to) turn the page and review All-New Hawkeye #1 from Jeff Lemire and Ramone Perez. 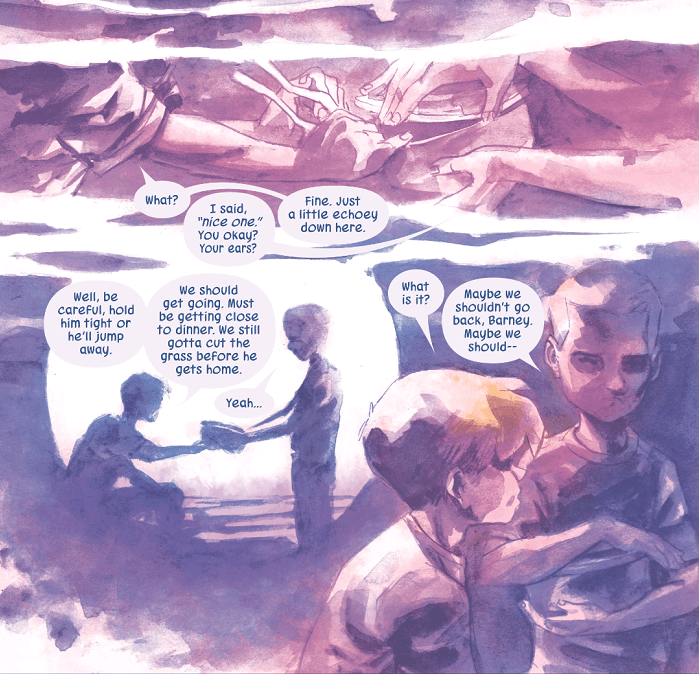 In their first issue, Lemire and Perez are quick to establish what this Hawkeye book is going to be about: relationships. The relationship between Clint and Barney and the relationship between Kate (Katie) and Clint. The opening shows Clint and Barney as kids, navigating their latest foster home and it’s parents. The tone of that story coupled with the congealed art and muted color palette tell a pretty depressing story. Two boys who can only trust each other and have dealt with abandonment and abuse time and again. As the action jumps between that and the present where Clint and Kate are battling Hydra agents, it doesn’t fit as one would expect. Similar to the previous run, there are jokes and wise cracks while cracking skulls running parallel with a pretty somber feel in the flashback. It makes the book a little uneven as it tries to connect the timelines thematically, but the connective tissue for the tone isn’t really there. 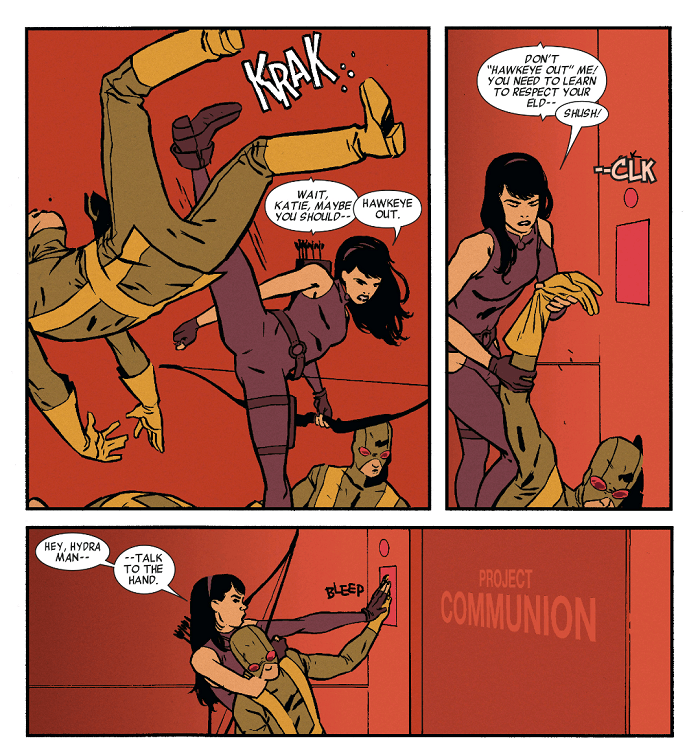 The art from Perez is mostly good, especially for juggling a couple of different styles. It’s impossible not to see the present day panels as being influenced by David Aja, but it’s not Aja. Still good however, but nothing that makes it stand out above and beyond.

There are definitely some good moments in this first Hawkeye and plenty to mine from as it progresses. The influence of Fraction and Aja still hangs heavily over it however, and frankly probably will until their arc is completely finished over a month from now. Issue #1 isn’t a home run by any means, but warrants enough to stick around and see where it goes.