The new series of All-New Hawkeye has been interesting and unique thus far with some high and lows, but issue #4 might be the best issue yet. The style we saw in issue #3 with the present day action being the main narrative with a splash of back story on each page flips, focusing this book mostly on how Clint and Barney made their way at the carnival. We finally see some of the origins you can tell the creators were eager to tell: the beginning of “Hawkeye” and the division between the brothers as they are tasked differently to earn their way. The most interesting aspect of this narrative is Jacques, the rogue who has taken the boys under his wing as his wards to mold. While he nurtures Clint’s natural ability as an archer, he teaches Barney the seedier aspects that cross into moral territory that Clint is comfortable with. The complexities and the scope of Jacques’ moral compass will definitely shape the path that both boys continue on. 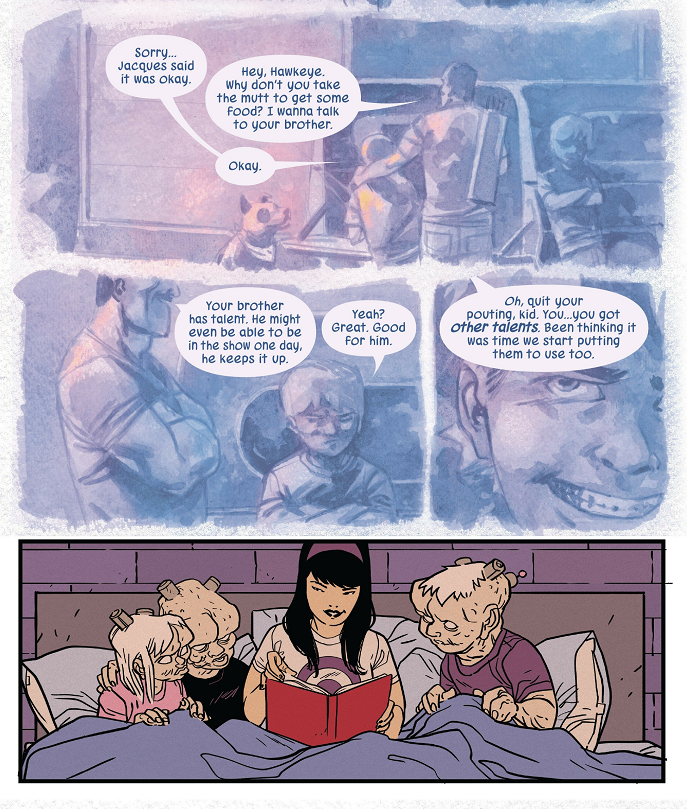 The story in the present is muted, but not without importance as the sought after kids are bonding with the Hawkeyes in various ways, but nothing stays calm forever and they are forced defend themselves by book’s end. Pérez does some stellar work on this issue throughout. There is almost no dialogue in the present day panels, so the storytelling is left to him on that front. But this also seems to be his best work on the flashback scenes, as the hazy motif feels a little more in focus than some previous issues. 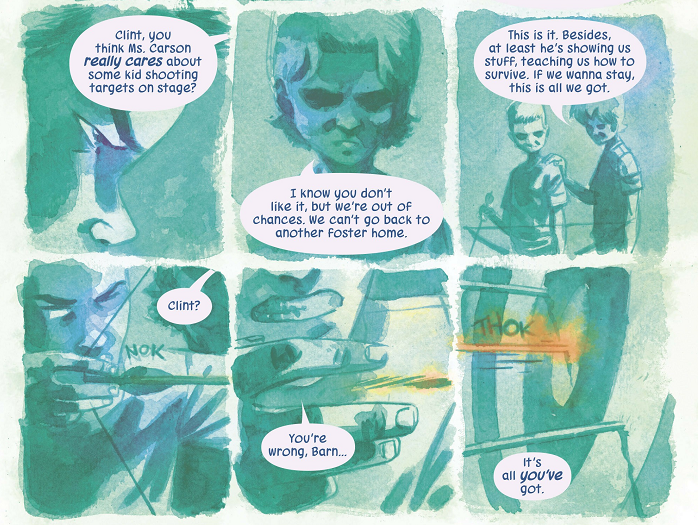 A damn good issue overall and some real progression in the flashback narrative that really pays off and stays engaging this time around. The last couple of issues have really been on an upward swing and hopefully that trend continues.