My God. I don’t have any pearls to wear, probably wouldn’t rock them if I did, but I’m sure I tried to clutch at them a couple of times while reading this issue. Jason-squared were determined to take us all way the down the rabbit hole when it comes to the debauchery and corruption that swirls around this town and the football team, but this was another depth altogether. While the tale of Coach Boss was heartbreaking and complex when you saw how he returned the darkness he had to endure, the exploration for one of his lackeys, Esaw is a lot more straight forward. Esaw might have had a difficult upbringing him that molded him this way, but he didn’t have the brains or drive that Coach Boss did to carve it into something substantial. In short, Esaw is pretty much human waste. This issue focuses on a pastor that targets Esaw to bring him closer to the Lord, as evidently Esaw needs just that. 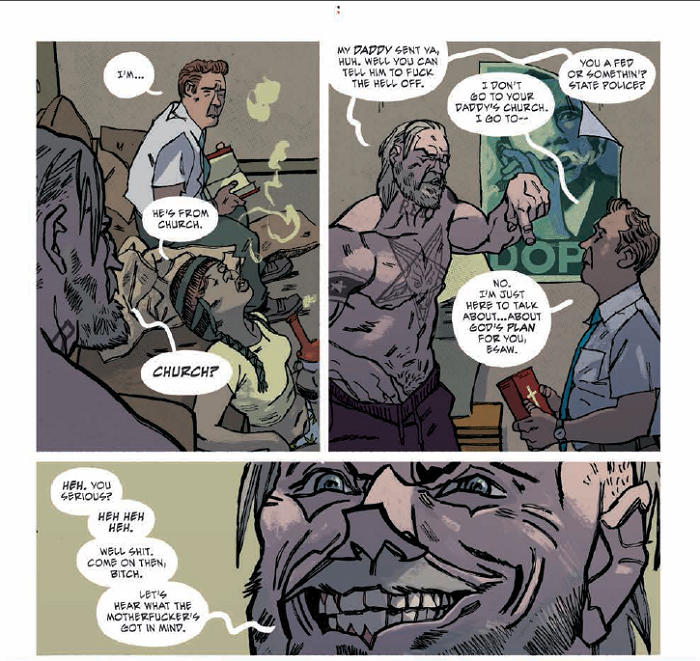 Yeaaaah, good luck with that. Considering that this story takes place in a conservative and southern environment, it’s actually surprising that this is the first time that church and religion have played a prominent role. But it all fits together well through every step of Esaw and the good pastor, ending pretty much as you would expect. Except probably worse. This has been one of my favorite books since its launch and the quality is all there for this issue, even though it doesn’t move the story forward at all. I imagine that this kind of bottle issue means that Esaw will play a prominent role in the coming issues. 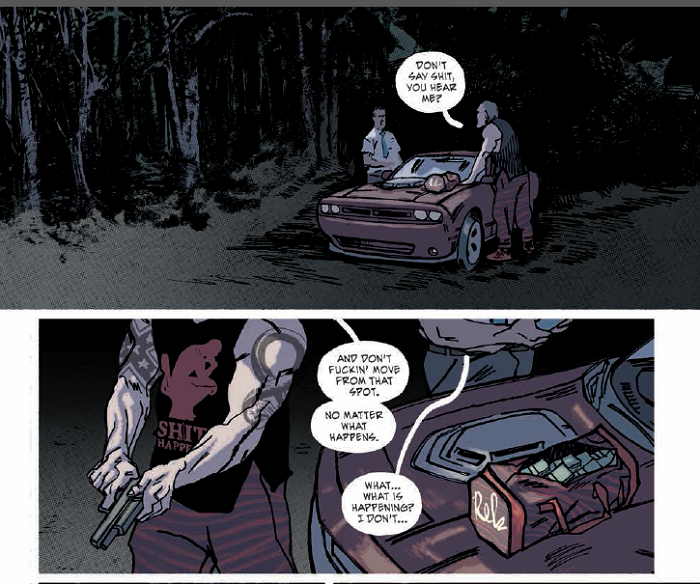 Latour is on point here again, as usual. The rugged and hard edged style works perfectly for an issue centered on a guy that has obviously been carved out of the worst of stuff. I’m not sure that Latour has been asked to do more in previous issues as he has in this one, with the sex scenes and the prominent visage of Esaw’s confederate flag tattoo (if you haven’t seen the variant, you should definitely check Latour’s Instagram).

Another good issue, even if it didn’t advance the story much. With the setup of a couple of characters now on the eve of the big game, there’s got to be something huge looming.