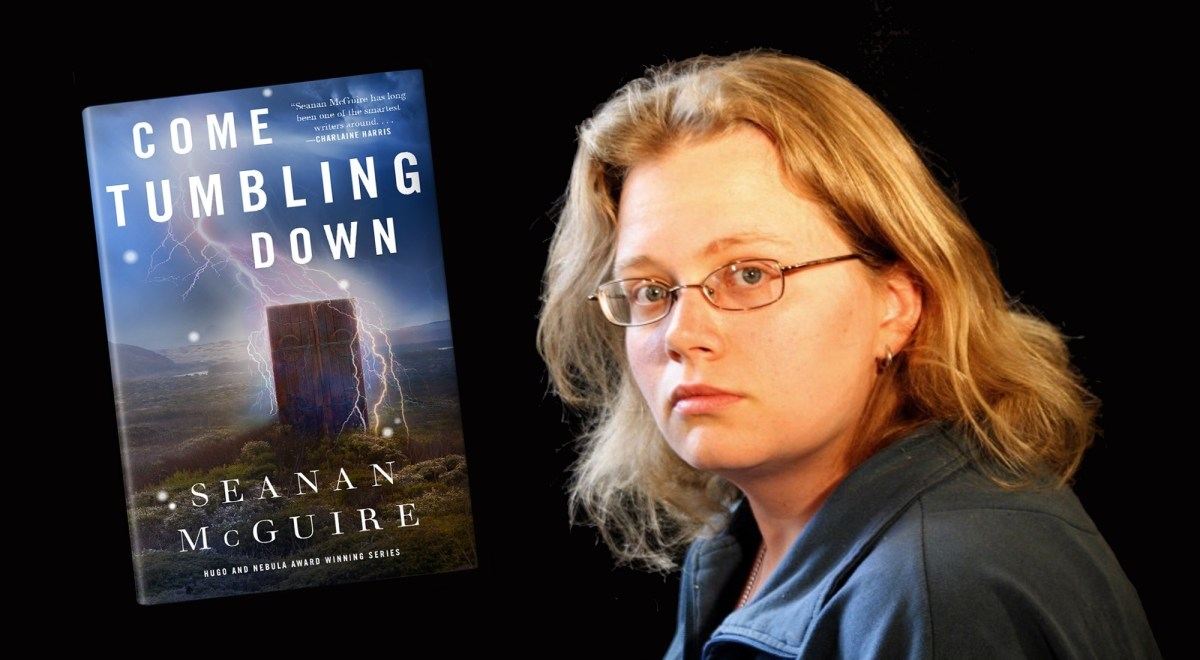 Seanan McGuire is back at it again!To call her the reigning queen of novellas is to vastly underestimate how good she is at this. Her Imperial Majesty McGuire (put some respek on her name) has been on fire with her “Wayward Children” series, and I am glad to announce that Come Tumbling Down keeps the bonfire blazing. 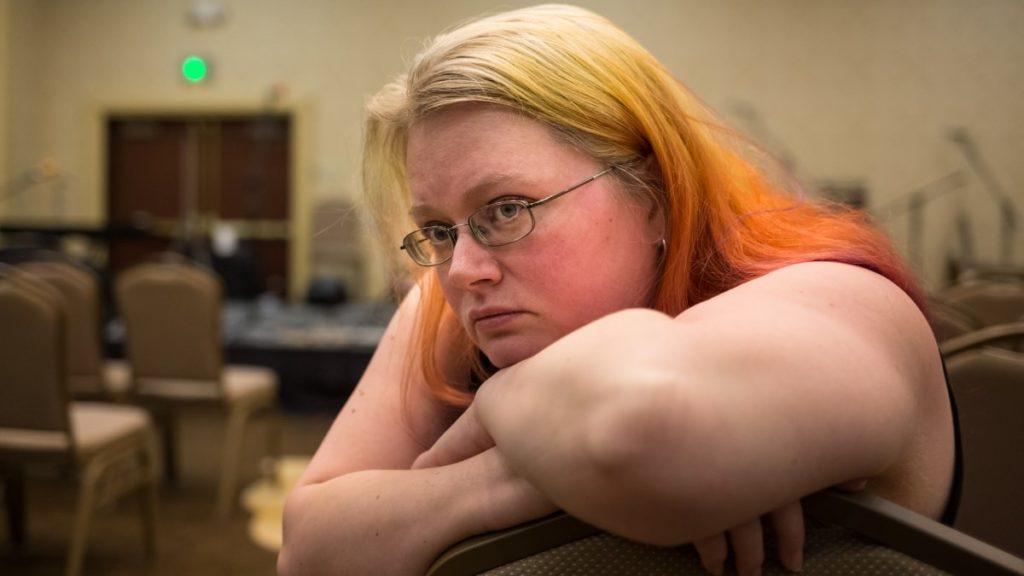 We Need Daily Doses of This Series

This is the fifth installment in the “Wayward Children” series, and I am hooked. My only complaint to this point is I could use a monthly re-up on these stories, which I know is impossible, but they are just that good. McGuire finds ways to pack so much, in such a small space that you don’t walk away from any of these books feeling unsatisfied. I’ve gone over this phenomenon in one of my other reviews of her last book in the series, and I am happy to say there hasn’t been any drop-off in terms of character development, storytelling, pacing, or any of the other pitfalls that you begin to see in other series as they hit their stride. McGuire hasn’t yet stopped “exploring this world,” she hasn’t run out of stories yet, so nothing feels trite, rote, or recycled. We are in book 5, and McGuire is still going strong.

The “Wayward Children” series takes place, well, takes place is a strong term, its home base is Eleanor West’s School for Wayward Children, a boarding school for children who come home from portal fantasy worlds that they’ve been enticed into visiting and can’t readjust to their new/old lives. Ms. Eleanor West’s school has a few rules, among them are: No Solicitations, No Visitors, No Quests.” In Come Tumbling Down, we finally get a quest. Some returning characters from book one, come back in dire need of assistance, and some of the wayward children decide to go forth to The Fens in order to right a wrong. I don’t really want to give that much of the book away in this review because of the inter-twisted nature of the series, I’m worried about spoilers in a way I may not be in a more linear series.

Eleanor West’s school has a few rules, among them are: No Solicitations, No Visitors, No Quests.” In Come Tumbling Down, we finally get a quest.

The rest of the book is wildly entertaining and deals with body dysmorphia in a very clever way that neither seems trite or dismissive.  McGuire’s is an expert at weaving complex world building and character development in small spaces. This is important because too often in fantasy it seems as if the stakes aren’t that high. Too many writers get so connected to their characters, or they become so intertwined with them that you feel as if the show won’t go on without them. You know that the young boy wizard is going to be perfectly fine no matter how many trolls or dark wizards get in his way because the series must go on. At the opposite end of the spectrum, you have writers going the George R.R. Martin route. They’ve decided the best way to keep the readers on their toes is to increase the body count. Kill everyone, all the time but often they still find a way to cheat. Some authors will invent a new “red shirt” to come on to the scene, give them a nominal character arc, just enough to get you invested and then quickly kill them off before anyone really recognizes they were there.

After George R.R. Martin’s Khaleesi & Company became the new meta, writers started upping their body counts, now we have a bunch of Care Bear writers dipping their toes into grimdark-land with dubious results.

It reminds me of when a lot of new rappers found out that Jay-Z didn’t write his raps down on paper, rather he relied on his rhymes and wits in the studio and next thing you know, every mumble rapper with a mic and fledgling freshman MC is tearing up their rhyme books and going into the booth bare. The poor qualities of their songs reflected the reality that imitation sans skill set goes badly, quickly. I think the same thing happened in the fantasy genre. After Butcher’s Dresden Files broke out, there were a lot of Dresden-lites out there. After George R.R. Martin’s Khaleesi & Company became the new meta, writers started upping their body counts, now we have a bunch of Care Bear writers dipping their toes into grimdark-land with dubious results.

No Tricks, No Traps

McGuire never falls into those types of traps. She relies on the strength of her pen and the stories that flow forth to push her narratives. The stakes in the “Wayward Children” series are always high enough that no one ever really feels safe so there is never a danger of thinking everyone is going to make it to the end. When McGuire does take a character off book, it’s not always a body count that does them in, rather an interesting storyline, which is way harder to pull off than heads, pikes, walls. Characters come and go in this series, but it always flows within the larger world McGuire’s created. Because…these are fickle portal worlds after all and no one really knows when a portal worlds doorway will open…or close for that matter. The “Wayward Children” series has shown time and again that it doesn’t need a huge body count, mindless twists or 600 pages to make a story compelling. All McGuire needs is some ink, empty pages and a willing reader ready for something fantastic. Her Imperial Majesty McGuire has done it again. All hail the Queen!