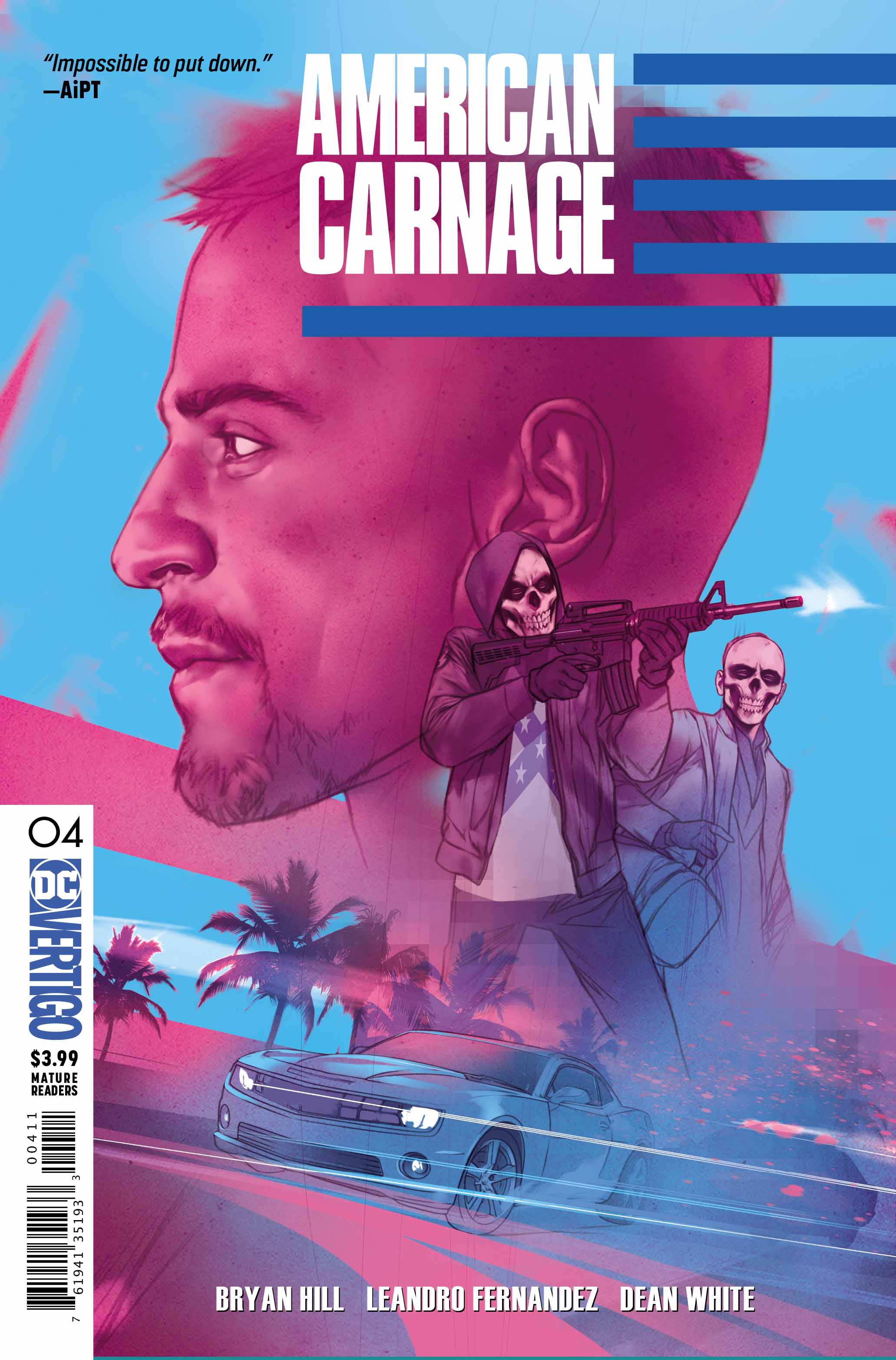 American Carnage is a story about trust. Hill asks us, the reader, to trust him as we navigate through an incredibly violent story about modern America. In turn, we are trusting him to treat the themes and topics with a certain gravity. In the story, Richard is trying to gain the trust of a white supremacist because a friend entrusted him with the responsibility. Characters are constantly confronted with this question of who they can trust and why: criminals and cops, familiar masks and unfamiliar faces. And the only things I’ve learned to trust after reading American Carnage #4 are Hill’s chilling dialog and Fernandez’s incredible artwork (aided by White’s coloring and Brosseau’s lettering).

Our story picks up the morning after the events of American Carnage #3. A burning cross is taken off the lawn of a white family and a black cop questions a white woman and you can already imagine the vitriol that Hill instills with his writing. He also cleverly cuts the tension with a little bit of compassion as Richard comforts Jennifer Morgan’s daughter, Amy. Several things of note include: Fernandez and Brosseau managing to uniquely convey a conversation happening in sign language with appropriate gestures (based on my limited knowledge) and unique dialog boxes; Fernandez and White pivoting from gritty American crime story to childhood fantasy horror; and finally: Hill’s refrain for the issue “Just tell the monsters you’re not afraid and they won’t get you.” 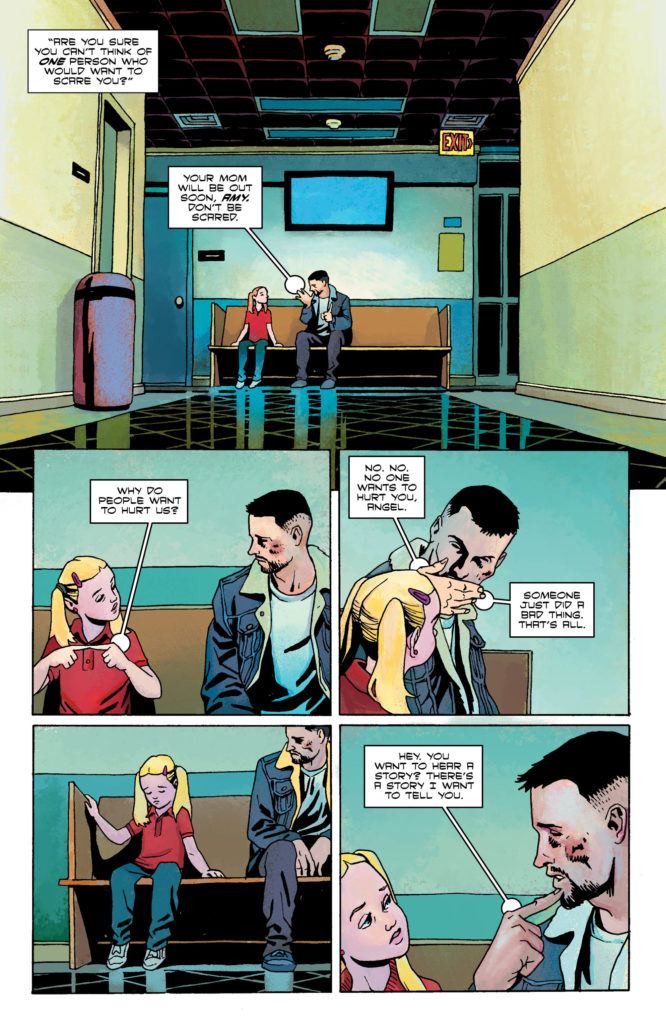 Of course, such a simple truism doesn’t really work out in the real world where the monsters are ruthless and carry various armaments, where you’re a white passing mixed man constantly being tested and haunted by your sins, and being told that there is no line you shouldn’t cross in the name of the “greater good.” It’s hard to tell whether the end result is intended to be justice or vengeance, but that’s the journey that Hill is taking us on.

American Carnage #4 continues to differentiate itself from its peers with each and every issue. Between the sharp visuals that utilize darkness to continually obscure facial features and backgrounds and incredibly realized protagonists faced with unrelenting villains, American Carnage cuts sharp and cuts deep. While it remains a difficult read, anyone willing to engage with story, I think it’s safe to say you’re going to be engaged with it until it’s bitter bloody end.