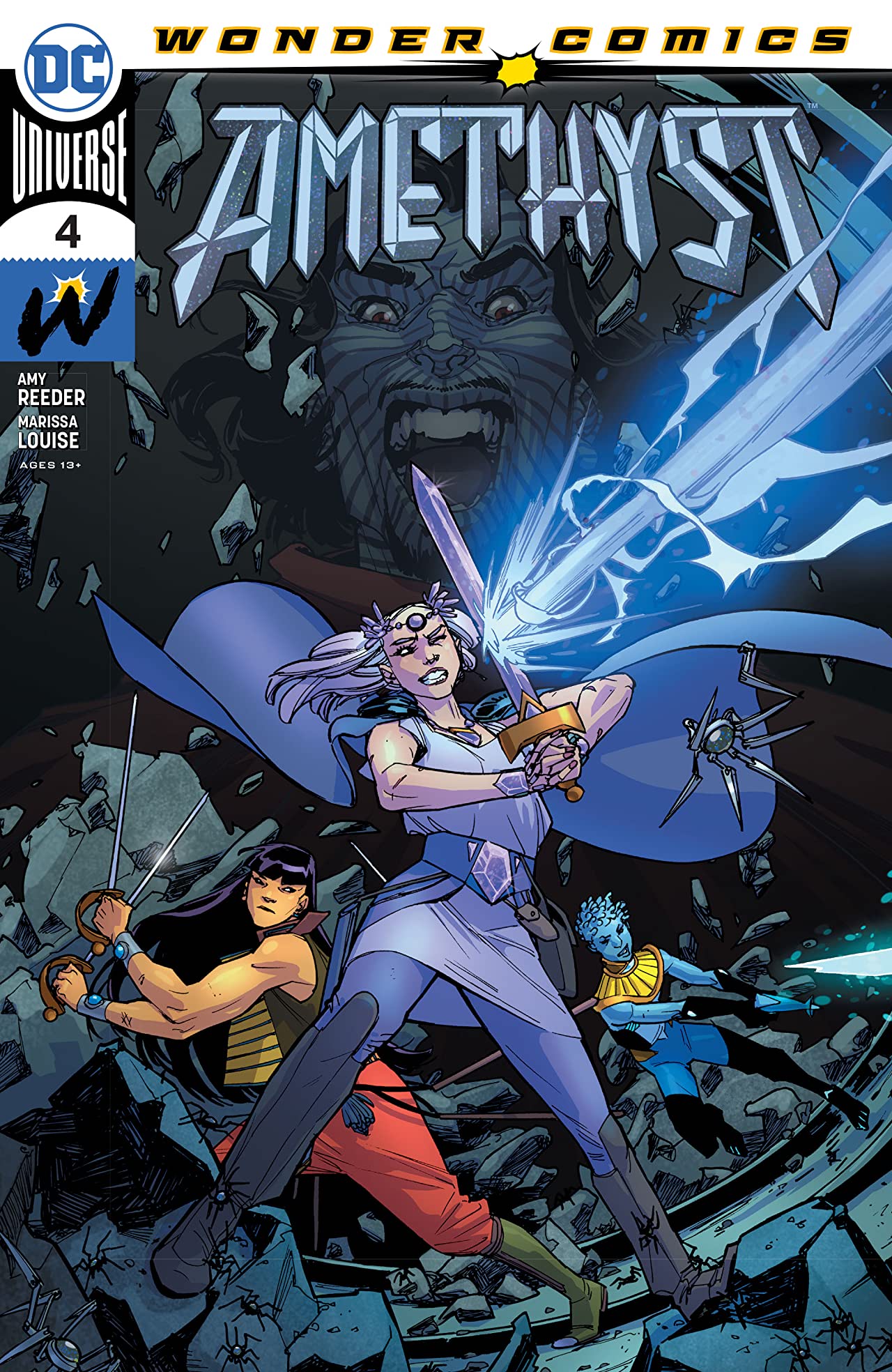 I know we’re deep in the era of digital media, but there’s still no feeling quite like picking up a random comic book off of the shelf and finding an enjoyable story.

That’s what I (virtually) pulled Amethyst off of the rack this week.

After doing some homework beforehand, I found out that Amethyst is a miniseries reboot of a character who was introduced back in 1983. Amy Winston is a teenager who learns that she’s actually an adopted princess from a place called Gemworld.

This miniseries focuses on her return to Gemworld after she finds out that her kingdom and people have all disappeared. She is now on a mission to find them.

To be honest, I kept getting Steven Universe vibes here with so many characters names after precious stones like Opal, Turquoise, and more. But, Amethyst predates the Rebecca Sugar creation by about three decades.

The pacing of the issue was strong and gave me, a new reader, enough time to piece together the background I needed to keep up. The art was also fun as the story takes place on an alien planet with people who all look wildly different than each other.

There’s good action scenes and drama to balance it out and show character growth, even in just these 22 pages. Overall, I’m interested in seeing where this story goes from here for a couple more issues.

And it ultimately feels good to shine a light on a story that I don’t see too many people talking about but feel like they would enjoy.