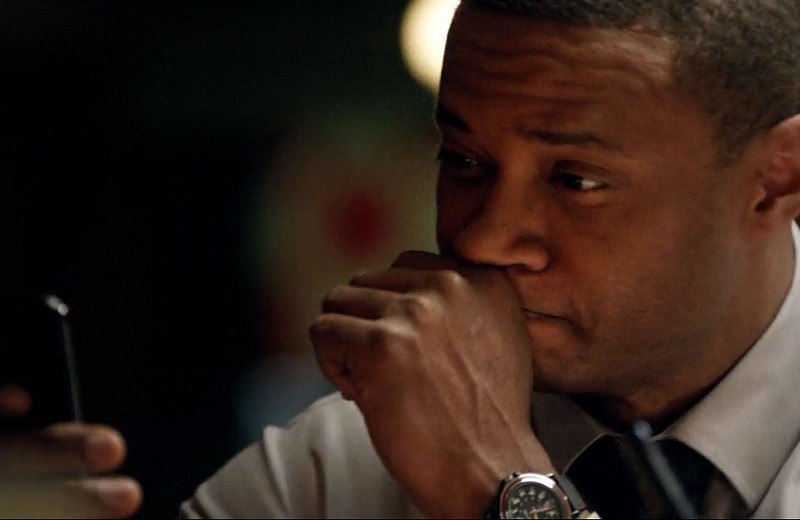 Bruh. I didn’t wanna write this, man. I really didn’t. I thought we were good with our critique on how the show needed to improve you. I thought we bodied bagged the topic, my dude. Put the body bag in a body bag, bruh… then I got on the Twitters. I saw Arrow released a costume for you for season 4. I mean, it’s only seasons later and you already been runnin’ around Star City waving the four-four with Team Arrow sooooooo I’m not sure how a costume is going to conceal your identity. I’m sure it’s been up on a Star City Reddit forum titled “So what’s up with John Diggle being every where the Arrow is? Am I right?” but I was still fucking with it. I said, “Oh they finally goin’ give Digs his due? Cool. Lemme see what they whipped up. Let’s see what they got for ya mans and dem for season 4.” 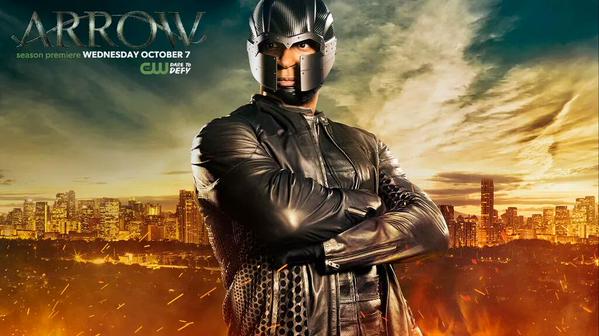 Mmmmm–mmmm hmmm… *sighs* Wooooo- Ah– Mmmmmmmmmmm *shakes head side to side* I-don’t… I’m not sure if I… *hands on knees* Lord, give me the strength. I need ya, Looooooort! Lort I need you cause the fandom is telling me noooooooooo but the memes, *jumping up and down* these memes is telling me yesssss. I don’t wanna roast him, Lord. I don’t wanna… I… I…

*looks up in the sky*

Most importantly, WHY CAN I STILL PHYSICALLY SEE WHO THE FUCK YOU ARE?!?
I see you dude, like… full on Avatar “see you,” man. This is not a metaphor for something deep. If you were still single and your pic came up on Tinder everybody’d be like,

“oh the vigilante that hangs with Arrow on here?” *Swipes right*

Why they only conceal your cheekbones?! Are cheekbones the most necessary part of identifying someone?

“Sorry, officer I wish I could be more help, but I just didn’t get a good look at his cheek bones. His eyes, nose, mouth, and complexion were stunning, doe! That’s one vigilante that knows his moisturizers. I can tell you that much, sir.”