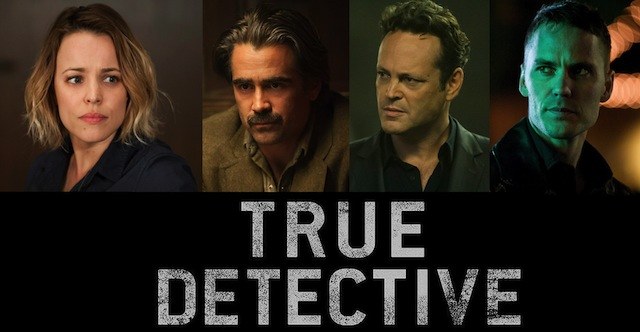 Yo, I’m just writing you to find out one thing: What in the actual name of fuck is happening this season? I don’t mean the direction, or even the end game — I just mean straight up what the hell is happening. Sun, first of all the dialogue is whispered so I have to sit in front of the TV to catch it. Then I get mad cause I’m not hearing any bars. No hard shit. I’m listening to Vince Vaughn’s character Frank talk about never having a cavity in his life? Why is your kingpin talking about being a Crest kid? Forget it, back to the matter at hand. Bruh, I feel like I’m watching Lost and the numbers are back. You wanna know what goes for bars on this show? you really wanna know? …Okay. Here.

So far as I can tell, what’s happening with the story is somebody went and killed Frank’s associate Casper and he had 5 million of Frank’s money. Then someone killed Frank’s boy Stan. I’m lost right there cause Frank is all distraught over his death and I’m like, “Who the fuck is Stan? When the hell did we see Stan? Was he the dude making a sandwich in that one scene?” The cops investigating are alright I guess — Paul Woodrow stays with a scowl that makes it seem like he always smelling the scent of stank ass and bad potato salad or suffering from “resting bitch face.” Bezzerides is the coolest one easily, and Ray Velcoro hasn’t been interesting since he beat up that 12-year old kid’s dad and then told the kid, “Fuck yo life.”

Yo, y’all need to release the fucking blooper real cause I’m betting that’s way more entertaining.The most interesting thing that happened was in episode 4 when they had the big shoot-out like in the middle of a protest. That shit looked like a side mission in Grand Theft Auto. Mad people got killed off and I’m eating my yogurt goin’ “oooooh-OH-UGHHHHHHHHHHHHHH BURNER TO THE MELON? *eats yogurt* Shit still meeeeh though.”

I’m sitting here like, when you have to kill that many people for shit to become 5% entertaining, something is wrong. My second thought was, “who finna fill out the paper work on this shit?!” Man, on everything I love I’m really hoping the bad guys turn out to be Owen Wilson and Ben Stiller. I don’t give a fuck how or why — at this point it would just somehow make the most sense if they were behind it all.

Speaking of making sense, I gotta say, the most outlandish thing that happened wasn’t even that shoot-out. You had Frank boxing cats for dominance? Whoever that character was whose ass he kicked, that actor portraying that character deserves a fucking Oscar. I wouldn’t have been able to act that scene at all:

[quote_simple]”Wait a minute, wait a minute, one more time. Vince Vaugh is supposed to kick my ass? Straight jabs and hooks across my face? I gotta let dude from Wedding Crashers duff me? Yeaaaaaaaaaaah, I can’t. If he swings on me it’s on. My very nature won’t allow this to happen even tho I know it’s for pretend. I can’t.”[/quote_simple]

There’s no way in hell I physically could let that happen to me, even for play. I couldn’t do it, I know myself. The worst part of it is, I’m over here watching cats let them live tweets fly talking ’bout the show Humans. I don’t even know what’s happening on the show but apparently it’s like I, Robot meets the tip drill video judging by the tweets getting so reckless.

Meanwhile over at True Detective Season 2 I’m physically getting bored just typing this out man. Jordan was in the editor’s room talking ’bout he had to watch YouTube videos to stay awake just to make it through an episode. When you have to watch kittens or fucking Chocolate Rain in order to pull through on a show? It’s over, man. I dunno how you even begin to salvage that. The really messed up thing is sometimes after an episode I get up and stare at that GIF of Rust Cohle from season one hoppin’ out with the choppa and letting it bang out. That’s become my moment of zen, dude. I watch that shit air out and think to myself, “Cohle ain’t ever lie… Cohle ain’t EVER did me dirty….COME BACK COOOOOHLE! MAAAARTYYYYY! COME BAAAAACK!”