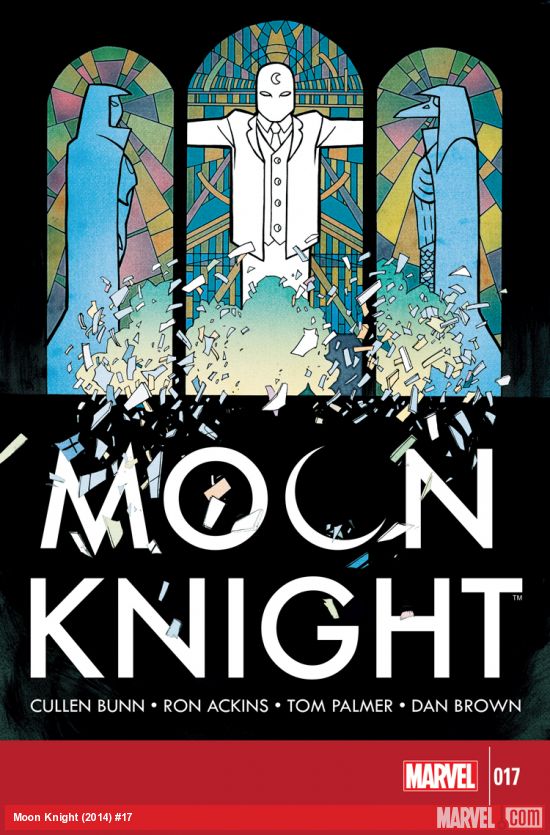 Cullen Bunn delves us deeper into the thin saga he has created through these one shots. We got Marc Spector having to deal with these other religions and their fanatics attacking people, and we get to a new revelation when those fanatics have presented Marc with the other side of Khonshu that he wasn’t privy too. 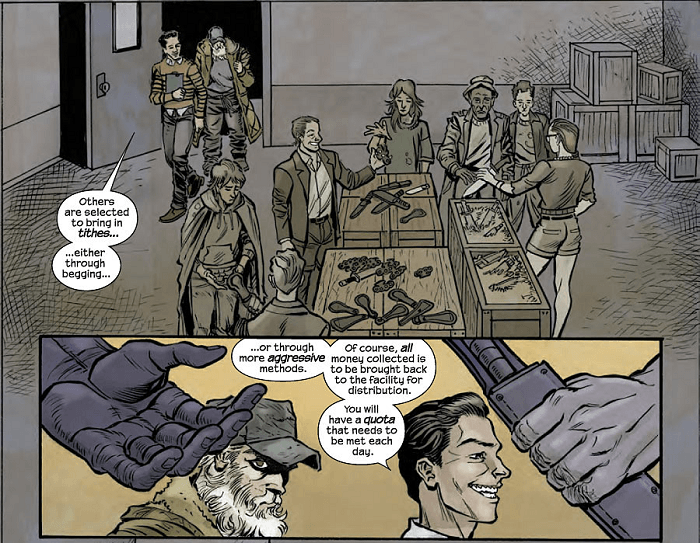 Bunn is making us question how much we really know about Khonshu. Perhaps he isn’t just a protector of the night travelers, and on a whim can desire more from humanity, including sacrifices. Now we don’t know if this is true or not but we’ve seen Marc refuse to believe it. Ackins does pretty well capturing the motion and pacing of the story. The fight scenes were pretty fast and not as intricate as we’ve seen in previous issues, but the job gets done.

We’re approaching two more reveals with the Moon God. Bunn’s approach is rather unique because I can’t remember too many writers delving into more of a back story for Khonshu. We’ll have to wait for the next issue to see just what the God of the Moon’s true desire really is.