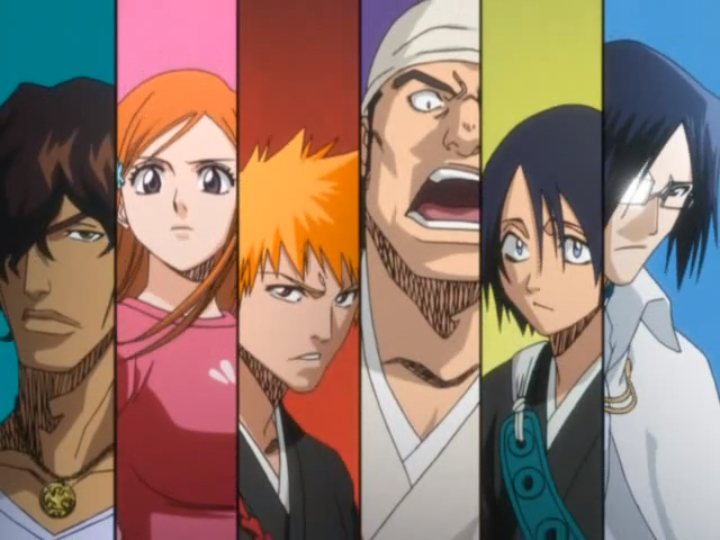 Bleach was a show with many pros and cons. One pro that almost all fans can agree on is the soundtrack. Bleach had one of the best soundtracks for an anime. Everything from the character songs to the OST that played during hype moments in the show can be considered top tier bangers. Even with all of those amazing songs to caress your eardrums, Bleach’s openings were a league of their own. Almost every single one was a certified banger, but there was one that stood out a little more and had a lot riding on it. Let’s take a closer look at Bleach’s second opening “D-technoLife” by UVERworld.

Let’s get the obvious out of the way. This song is fantastic. UVERworld is well known in the anime scene. Their songs have been in shows like Blue Exorcist, D-Gray Man, Promised Neverland, and My Hero Academia. Their songs always give a show a boost with their vocals and musical arrangements. This song has a slow build-up that only grows more and more until it explodes in the chorus with a rambunctious sound. It’s catchy, intense, and UVERworld knows exactly how to create music to get the hype going.

Along with the music, anime openings tend to serve a purpose. We go over that a little more in this article, but for now, we’re going to focus on this opening’s story and what it’s trying to accomplish. This opening had two goals. The first was to introduce the next story arc, the Soul Society Arc, which might be the best arc in Bleach and one of the best shōnen arcs in general. The second goal was to open up the world. While these two goals do overlap, they’re different enough to make it a little tricky to accomplish so let’s see how Bleach pulled it off.

The first arc of Bleach introduced the concept of Soul Reapers. The scale was small and it followed a monster of the week format for a while. There were glimpses of other types of people who could see hollows, souls who don’t cross over after they die and become monsters, and different types of powers manifesting. There wasn’t an enemy that could legitimately give our protagonist a run for his money until the end of the arc. Enter Renji and Byakuya. They’re from Soul Society, a place where Soul Reapers and souls that cross over after death reside. Renji and Byakuya take Rukia back to Soul Society and it’s up to our protagonist Ichigo and his friends to save her.

Now that we know the basic plot of this arc, we need to explore the imagery of the opening itself. It starts calm. The beginning of the song is soft and sweet. Ichigo is surrounded by swords. This does have meaning and if you’ve seen the show, you might remember what it is. Then it shows Rukia behind him. They’re so close. But they’re also world’s apart. Then, the song kicks in. There are quick glimpses of the Rukia rescue squad along with another shot of them floating in the air. That scene makes sense once you see how they get into Soul Society. Then it picks up. They’re running up a seemingly endless flight of stairs. This represents what seems like an almost impossible task. They have no idea what they’re getting themselves into. They don’t know how strong these new enemies will be, and they don’t care. They only care about rescuing their friend. This is when the opening  introduces a couple of new characters. Kenpachi, a captain, jumps down recklessly and attacks Ichigo. He looks like a badass and Ichigo is ready for him. It’s an intense atmosphere. The ground erupts from the force of the attack letting us know that this is a power we haven’t seen in the show before.

Soon after, there’s a cool montage of characters fighting. You’ll quickly notice that most of these characters have distinct traits because they’re not one-offs. They end up being major characters down the line and the opening kind of throws you off because they’re treated like fodder. There’s one more important scene when another captain, Soi Fon attacks, and Yoruichi is there to intercept it. Soi Fon screams and now we know that there’s history between Yoruichi and Soi Fon. The song climaxes with a short battle between Renji and Ichigo before panning out and showing all of the captains in Soul Society. Then it ends abruptly. We want more.

This opening accomplishes its goals. The arc is introduced beautifully with the storyline in the opening itself. They’re charging towards the goal of saving Rukia. It accomplishes its second goal by showing off the world of Soul Society. It looks nothing like our world, and everything seems to have an angelic hue with sprawling towers and traditional garments. The world of Soul Society is massive, and it shows us that there’s so much we don’t understand yet. We go full circle from knowing nothing to things being foreshadowed and characters being introduced in one minute and 30 seconds. Bleach wasn’t perfect, but this opening along with the introduction of this arc might be one of the most perfect combinations we’ve ever seen in anime to this day.

Anime openings are more than cool music and visuals. With such a short time frame, each opening needs to get its point across. We’ll be diving into more openings in the future, so stay tuned and remember to activate your Bankai’s before any strenuous activity.