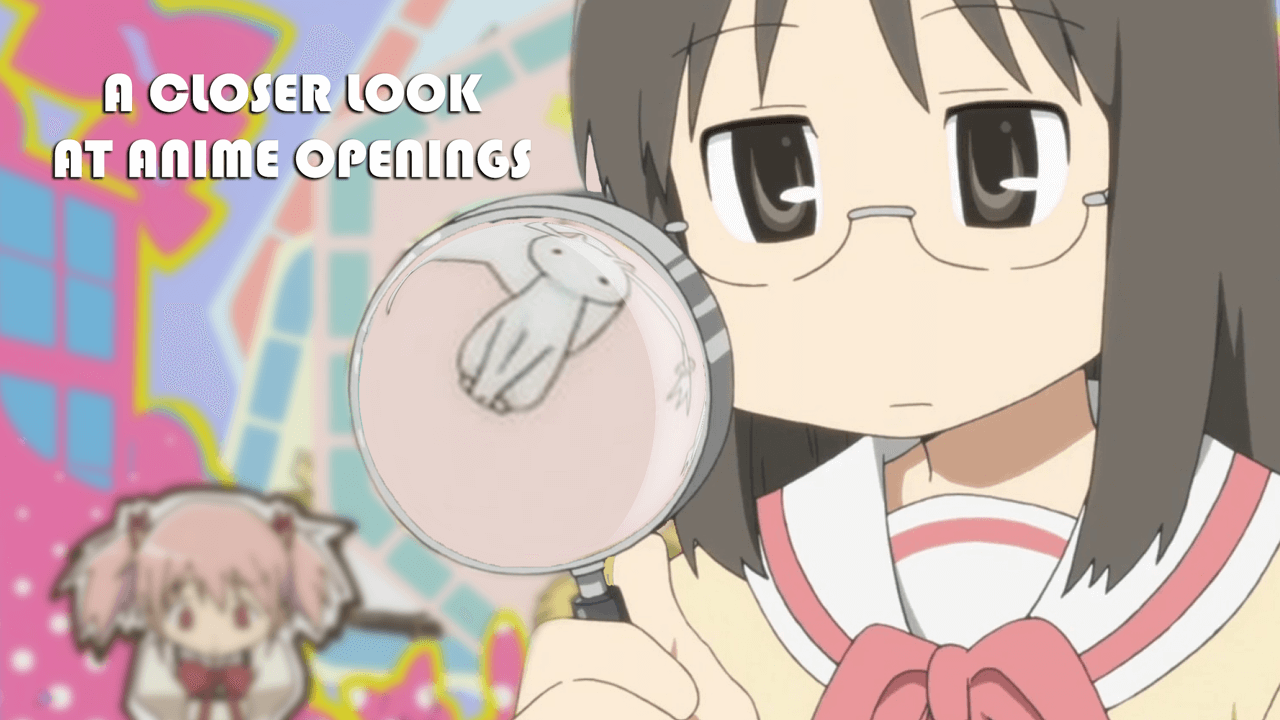 Anime is a complicated beast. The complete package of anime consists of animation, voice acting, and directing with each of those parts breaking off into other smaller pieces. It’s basically like trying to follow the remnants of a heart that gets broken in the Kingdom Hearts series; however, there is another part of the anime package that I personally think is just as important as all of the others: the soundtrack. To be more specific, the actual opening song of the show.

Thanks to the second Dragonball Super opening that hit me like Worldbreaker Hulk a while back, I was inspired to take a deeper look at this piece of the anime puzzle. This is a deep rabbit hole because a lot of shows have multiple openings each with their own mission to accomplish. To properly attempt to show appreciation to these openings, I’ve used a scientific approach to create a few categories to put most anime openings into. These categories are:

By using these categories, we can try to assess exactly why each show accomplishes its goal. Sometimes the opening song is the first thing that viewers see and hear; it’s also the first thing that viewers skip or fast forward through which means that either the opening didn’t appeal to the viewer, or it just wasn’t good all around. So, let’s get started!

The first category is hype. The openings that make you want to try to punch the shit out of a wall or at least the first villain you can get your hands on. These are your One Punches, Attack on Titans, Parasytes, Dragon Balls. They’re hard, fast, and straight to the point. Although Parasyte has mild foreshadowing, the music and straightforwardness shine through the cutting melodies. Deadman Wonderland’s opening also brings the hype, and I’d go into that opening more, but the wound of a second season not being made is still fresh to this day.

Next is Misdirection. These types of openings are hard to pin down. Basically, it’s when the music and animation of a show don’t accurately portray what the anime is bringing to the table. A prime example is Magipoka. It might not be a well-known show, but the opening depicts a somber story with an intense song and intense imagery, but the actual anime is a pure comedy. Puella Magi Madoka Magica’s opening also pulls the rug right from under you with its cute imagery, but we all know how that turns out.

Now, we have funk. Funk is exactly what it sounds like. It gives you a general gist of the show without delving too much into the story. Death Parade is an excellent example although it also brings its fair share of misdirection. YuYu Hakusho’s opening brings more funk than you can handle, and the imagery is pretty straightforward as well. XxxHolic has its fair share of symbolism, but its primary goal is to funk you up. Panty and Stocking’s opening is another funky opening that’s straight and to the point.

Tone shifts happen regularly in anime shows, and the longer the show runs usually means multiple tone shifts. Many shows have taken advantage of the power of an opening song to introduce its audience to a new storyline or a completely new direction for the anime. Hitman Reborn used its second opening to introduce new characters and change the tone from an adventure of bewilderment to a more focused story arc. Gintama is the master of these types of openings because the show shifts from comedic arcs to storylines that will pull your heart strings and get you up out of your seats. These types of openings are always exciting because it makes you look forward to what comes next.

Many shows foreshadow future events, and an opening is a perfect way to accomplish that cleanly and quickly. When you watch a show and then rewatch an opening, and you go “OHHHH!” Those are the ones I’m referencing. While many shows utilize openings to foreshadow future events, the king of foreshadowing is Sayonara Zetsubou Sensei. The sheer amount of foreshadowing in these openings is astounding, if you read the manga, and almost made my head explode because the answers were always RIGHT THERE! THEY PLAYED US LIKE A DAMN FIDDLE!

Finally, we have hybrid openings which blend aspects of other categories into one new smoothie of anime goodness. Death Parade’s opening blends funk, misdirection, foreshadowing, and hype into one disco-tastic experience. Jojo’s Bizzare Adventure blends funk, hype, and foreshadowing up the wazoo. Mob Psycho 100 is not only one of the best opening songs in recent memory, but it also blends basically every single category into one and leaves you wanting more.

All in all, anime opening have much more to them than bumping melodies and graphics. They provide the audience with expectations, emotions, and excitement. Next time when you watch an opening, keep these categories in mind. Which category does your favorite opening belong to?